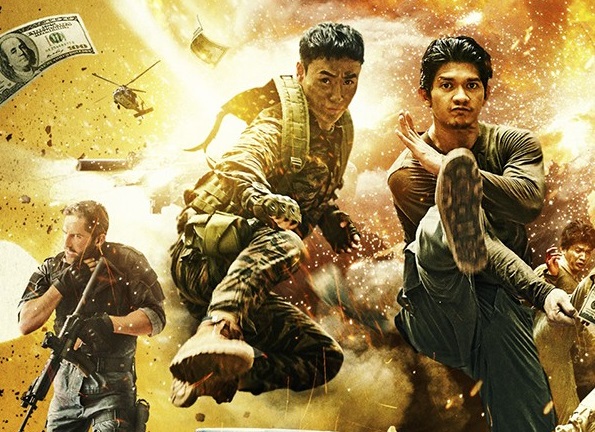 A teaser poster for the film appeared on the website Asian Film Strike’s Twitter feed and now we have some 411 on the project courtesy of the folks over at City On Fire.

Most important yet, the report is saying that Chen is set to make his directorial debut on the film that will also star Miya Muqi who is best known for appearing in two Jackie Chan films Kung Fu Yoga and most recently Vanguard. Both of which were helmed by Stanley Tong.

Chen made his starring role debut in the Keanu Reeves directed Man of Tai Chi and of course is best known for teaming up with Adkins as well as Tony Jaa, Iko Uwais and Michael Jai White in the Jesse V. Johnson helmed Triple Threat.

Unfortunately, the news of Adkins also starring is really the only info we have on the project at the moment besides a release date on the teaser poster that is marked for this year.

Keep it locked and loaded right here for more on the developing project as we are your destination for everything action!!

In the meantime, check out Adkins and Chen chatting it up on the recent episode of the Art of Action!