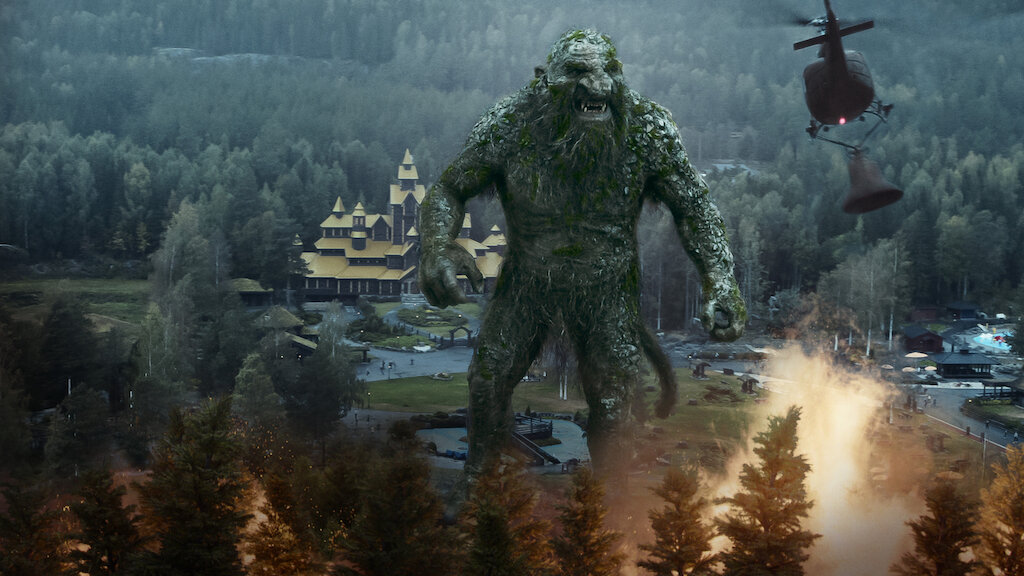 Troll has impressive visuals, an engaging story and plenty of destruction to keep monster movie fans entertained. It’s similar to the likes of Godzilla and King Kong so if you enjoy those movies then you’ll have a good time here.

Plot: Deep in the Dovre mountain, something gigantic wakes up after a thousand years in captivity. The creature destroys everything in its path and quickly approaches Oslo.

Review: If you’re a fan of Godzilla or King Kong (and frankly who isn’t?) then you’ll have a fun time with Troll, a new Norwegian creature feature from Tomb Raider director Roar Uthaug.

It feels familiar with the usual themes of mankind destroying what it doesn’t understand and nature fighting back but as with every decent monster movie you end up liking the monster more than the humans. You want it to find a way to co-exist but as we humans can’t even do that with each other then we’re not about to with a giant Troll monster so you know things won’t end well.

It’s silly stuff but hard to dislike as the effects are impressive, it’s well paced and our lead Nora (Ine Marie Wilmann) is likeable as are the people she teams up with to try and stop the Troll from destroying Oslo.

Troll is surprisingly heartfelt and the relationship with Nora and her estranged father add a bit of depth but we still get plenty of family friendly destruction as well as moments of humour. It’s also pleasingly brisk with a runtime of an hour and 40 minutes so it doesn’t overstay its welcome.

Overall, Troll is an entertaining creature feature with heart to go along with the impressive destruction; there is sequel potential and I hope we get it as this is a movie universe I’d happily watch more of.