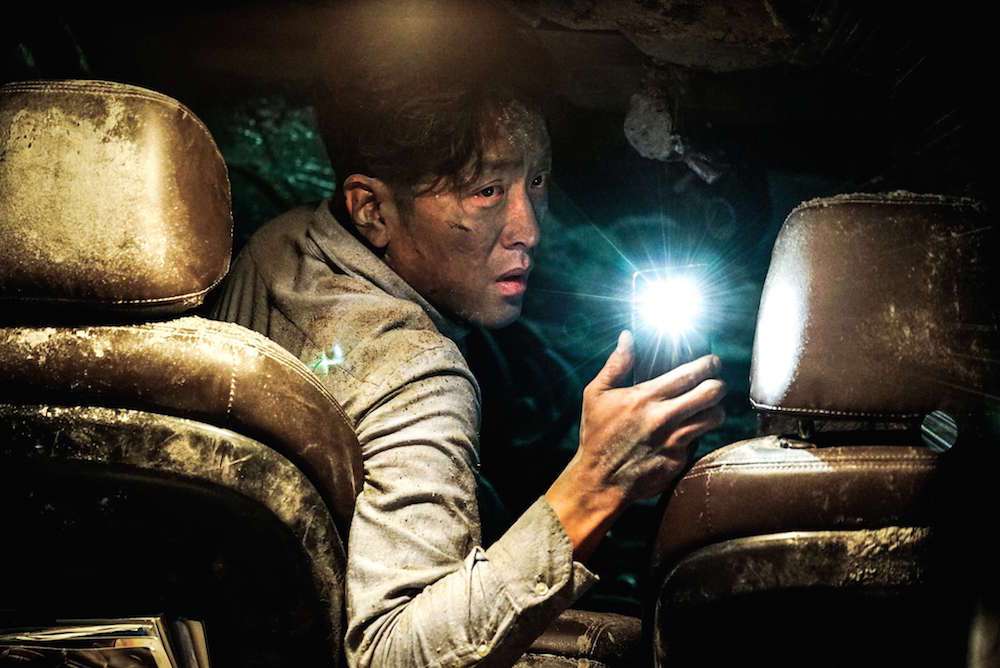 Tunnel is pretty much what you’d expect and despite being a little too long I really enjoyed it and thought Jung-soo was a fantastic character.

Plot: A car salesman (Ha Jung-woo) fights for survival inside a collapsed tunnel while rescue workers race against time to free him.

Review: I always enjoy a good disaster movie and Tunnel is one of the better ones I’ve seen in a recent years; Jung-woo Ha plays the salesman Jung-soo who is on his way home to his wife and daughter when a tunnel he is driving through suddenly collapses and traps him underground. So begins his tale of survival which is tense, moving and exciting with Jung-woo Ha making an incredibly likable protagonist. While watching I spent the movie wondering how I would cope in such a scenario and I figured I’d just let myself die as soon as the wi-fi stopped working.

While trapped in the tunnel we discover that Jung-soo is not alone and a woman is trapped with her dog in a nearby car. Being the true hero that he is Jung-soo does whatever he can to help her and even gives her water to help her survive despite the fact she is badly injured.

It may show my mental state that I thought “Aha now you will have food for days, if you eat her and her dog you can survive!”… but he didn’t so yeah… probably best you don’t breakdown anywhere near me.

She was quite annoying though and you knew as soon as the dog appeared that it would end up being the puppy that Jung-soo’s daughter wanted so bad.

I liked the references the Chilean miners which showed that it was indeed possible to survive for such a length of time so the movie doesn’t stretch credibility too much.

It is quite predictable and a little too long but Jung-soo was so selfless that you desperately wanted him to get out. Even after the local government gives up and leaves him for dead a select few refuse to give up hope that he is still alive so it’s all very uplifting.

Overall, Tunnel is pretty much what you’d expect and despite being a little too long I really enjoyed it and thought Jung-soo was a fantastic character.