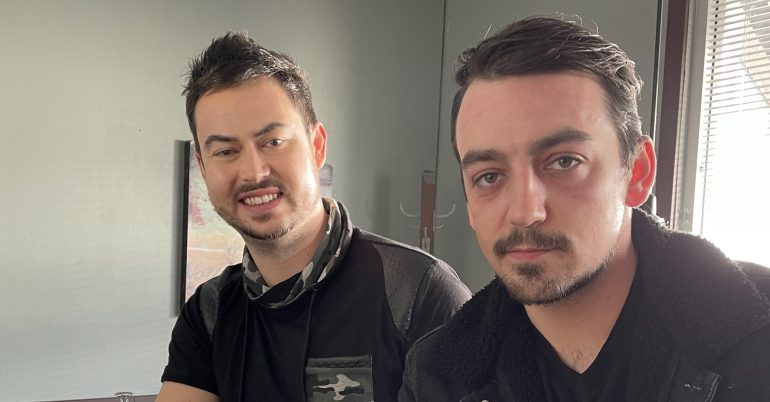 Ty Gordon is an actor/writer/director of the new crime thriller Never Forgotten which tells the story of three friends struggling to cope with reality as the darkness from their past threatens to destroy their friendship, and along with it, their sanity.

We’re going be talking about your new film, Never Forgotten, which you wrote, directed and starred in. How did the whole concept come about initially?

Yeah. You know, it started with actually a nightmare funnily enough and it just was this meaty idea that I couldn’t get away from and I really wanted to pursue this as a film. I remember I was talking to my business partners, Robert and Andrew, who are my co-stars in the film, and we were thinking about what film we’re going to do next, and I pretty much gave them the pitch for this movie and they absolutely loved it. They wanted to do this one with me so that’s how it all came to be. I wanted to have as much creative control over my vision as I could and thus wearing multiple hats, as you mentioned. 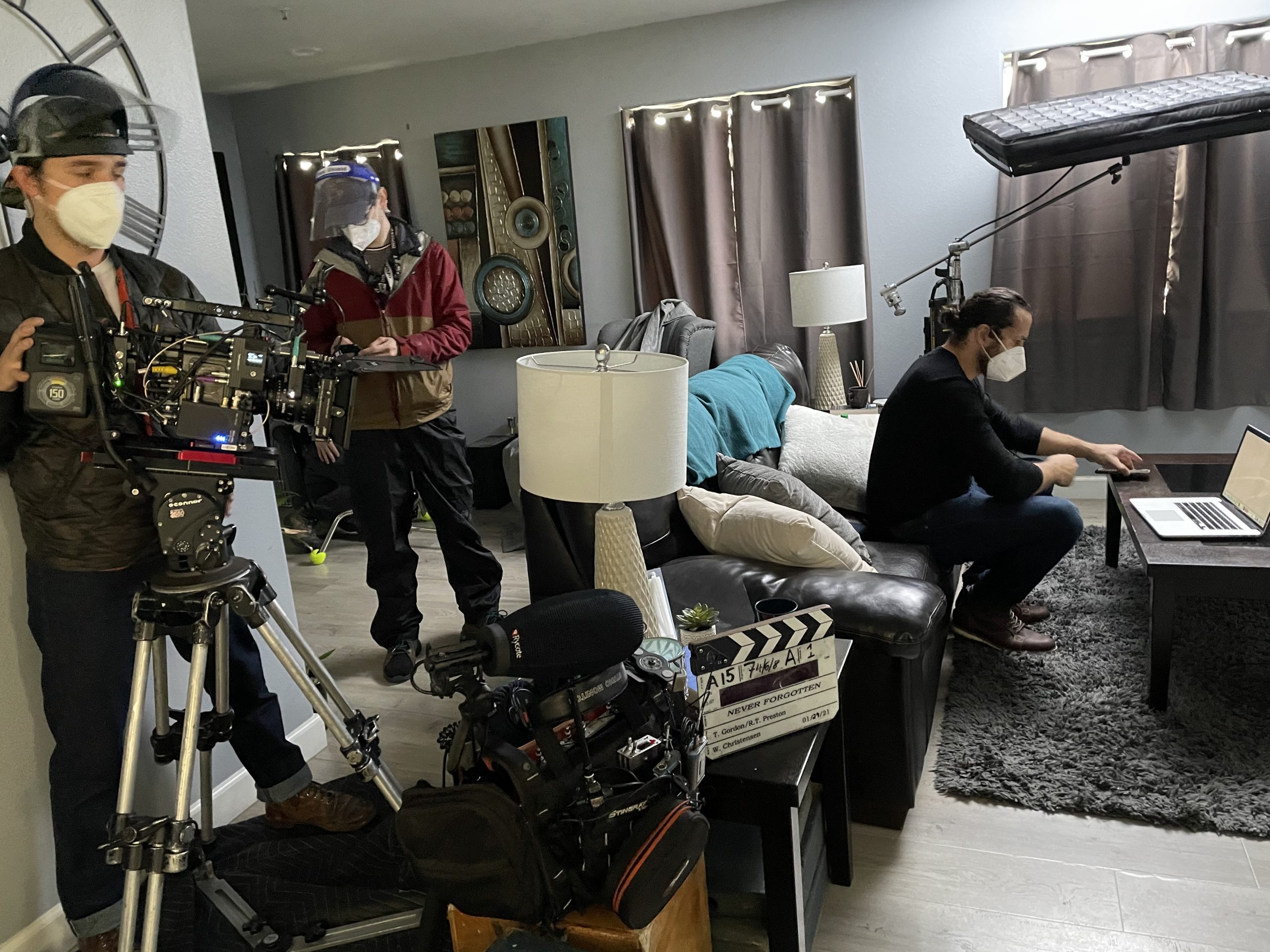 You play Nick in Never Forgotten; how would you describe him?

I would describe him as a man who just wants some normalcy in his life and he just wants to live a happy, good life with his girlfriend, who he wants to become engaged with or ultimately marry. He’s kind of the glue guy between the three leading men, and he’s the one that’s kind of keeping everything together. Whereas we have Donny on one end of the spectrum and Emile on the other end. I’m just trying to move on with my life after this horrid thing happened in our past and yeah I would just say Nick wants normalcy. He wants love. As he mentions multiple times in the film, he wants things to go back to the way they were, which was probably never going to happen anyways but that was always his desire.

Yeah. I kind of feel like he’s maybe the most tragic character of the film. Did the script change at all while filming or did you stick to it?

You know, that’s a good question. The script did change a little bit as we were filming. We wanted it to be a very fluid script that we were able to at times ad lib and at times add in kind of completely new concepts. The beauty of having the creative control that I was mentioning earlier is that unlike what you might think of as a normal production crew there was no separate writer and director and actor that would be stepping on each other’s toes, if you will. In other words if there was a change that somebody saw that could benefit the film they could come to me. If I agreed, then I’d say “yeah, let’s go for it”. I think that it made it a much stronger film by having it be so fluid.

Was Robert’s Christopher Walken Pulp Fiction impression improvised, or was that always in the script? 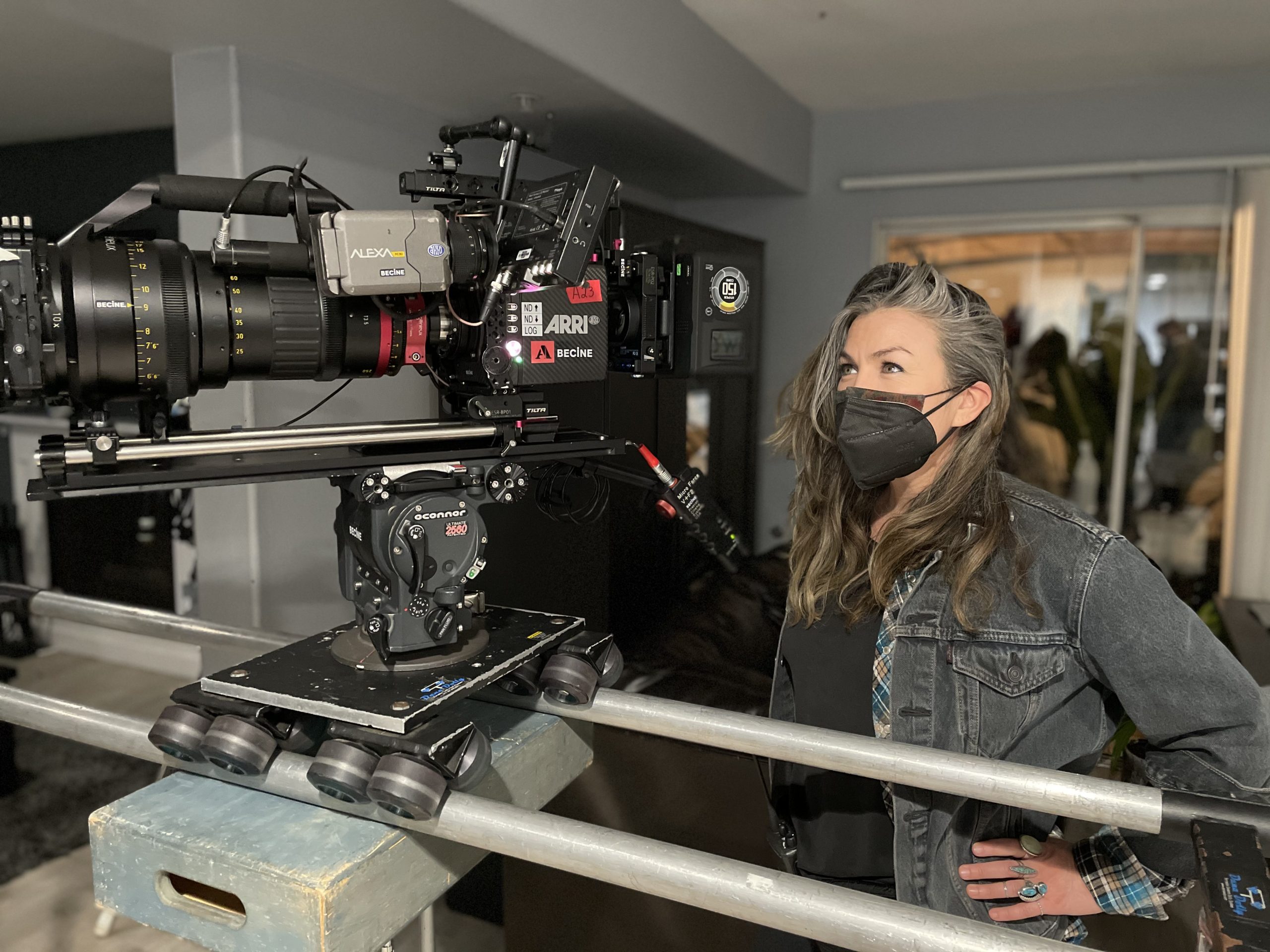 How do you direct yourself as an actor?

It’s interesting because you kind of have to flip the switch back and forth. But also at the same time, I’d call it a dichotomy where you’re also kind of having both parts of the mind working in synchronicity with one another, where when you’re in the scene, you just have to be very observant and very presently aware with the other actors and crew members and just have a keen awareness of what the scene needs as a director and then what you need to bring to it as an actor. So it was a lot of fun being able to play both roles, multiple roles and I would say, it really comes down to that dichotomy of being able to be fully present as an actor, but also as a director and, to just have those going on simultaneously.

How would you describe your writing process of actually working on the scripts from start to finish?

That’s a great question. Well, it all started back in May of 2020. It took us about two and a half years from inception to release. But after we decided that, yes, this is a film that we’re going to make next, we wanted to do something that would cultivate creativity. So what we like to do is writing room sessions where all three of us get together and share ideas and I take the lead on that. We’ll have kind of the first and last say on what gets included in the script. But we went to Big Bear, actually, which is about an hour and a half east of Los Angeles, and it’s kind of like a ski resort in the winter and a cool summer destination as well. So we went out there, we took a road trip and we were just grinding it out. We spent hours and hours just sharing ideas and kind of doing the popcorn Socratic method, if you will and that’s where the spark kind of turned into a flame.

Is there anyone that you would say is a major influence on you as a filmmaker?

Yeah. I always loved the Scorsese gangster films and even though this, of course, is not a gangster film, it has that gritty feel and tone to it that we were going for from square one. He was one of the one of the directors that I really liked from square one. I also liked The Town by Ben Affleck. He directed that and also starred in it. That was one of my major influences as well, because there was this guy, a well-known actor and filmmaker, who was wearing multiple hats. I just thought he did an incredible job on that film just with his direction and his acting going simultaneously. So I’d say Ben Affleck was another big inspiration and influence on me. 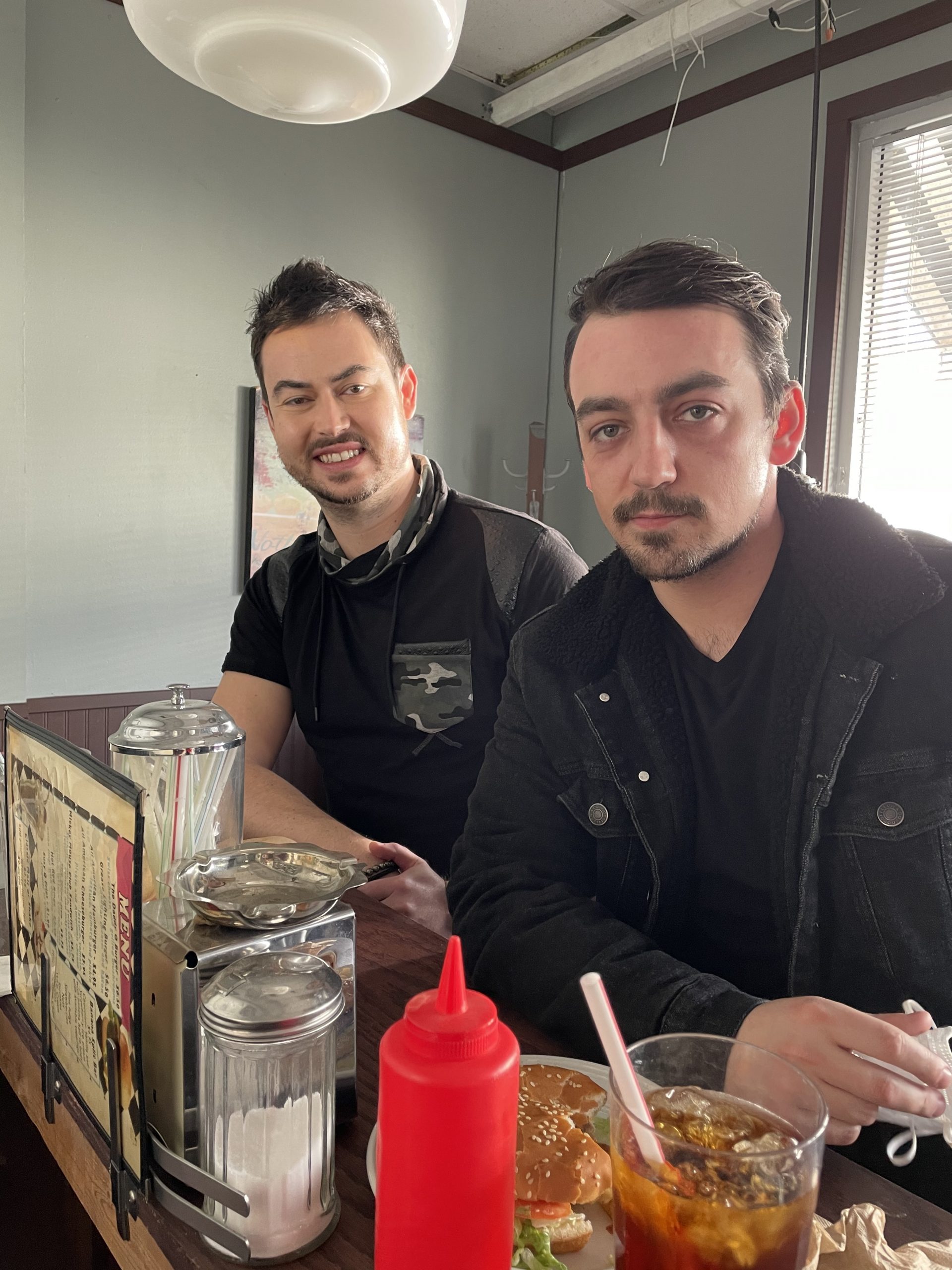 Do you think for future projects you would still like to wear many hats or would you like to just be a writer or director or do one specific thing?

Yeah, I would still like to wear multiple hats on most of our projects, I would say. However, we do have some projects in the pipeline where I’m not going to be wearing as many hats and I’ll be able to hone in more on acting or directing. But I would say for most of what I’ll call my babies is the scripts that I have had for many, many years and I’ve been working on for years that are in our pipeline with our company Wooden Finger Studios. Those are the ones that I really wanted that creative latitude and control over and so for those particular films, I still plan on wearing the same amount of hats.

What would you like audiences to take away from Never Forgotten?

Oh, that’s a great question. Our tagline is “Some secrets have the power to destroy you” and it also really speaks to a lot of mental health issues in today’s society where we see in different scenes. Nick going to therapy and Emile expressing interest in therapy and Donny kind of just dissuading us from that. I would want people to take away from my film that we all have stuff, as it’s been said, and it’s okay to process this stuff and to get better instead of just always saying, “I’m going to fuck up and just drive this thing home, irrespective of all this stuff I’m feeling”. But instead, to really get to the core of it with someone, with a therapist or friends or family or your support system and really just come out of it a better, more realized person.

Thanks so much for taking time out to chat with me tonight. All the best with the film.

Thank you so much, I’ve had great time doing this interview with you. I appreciate it.