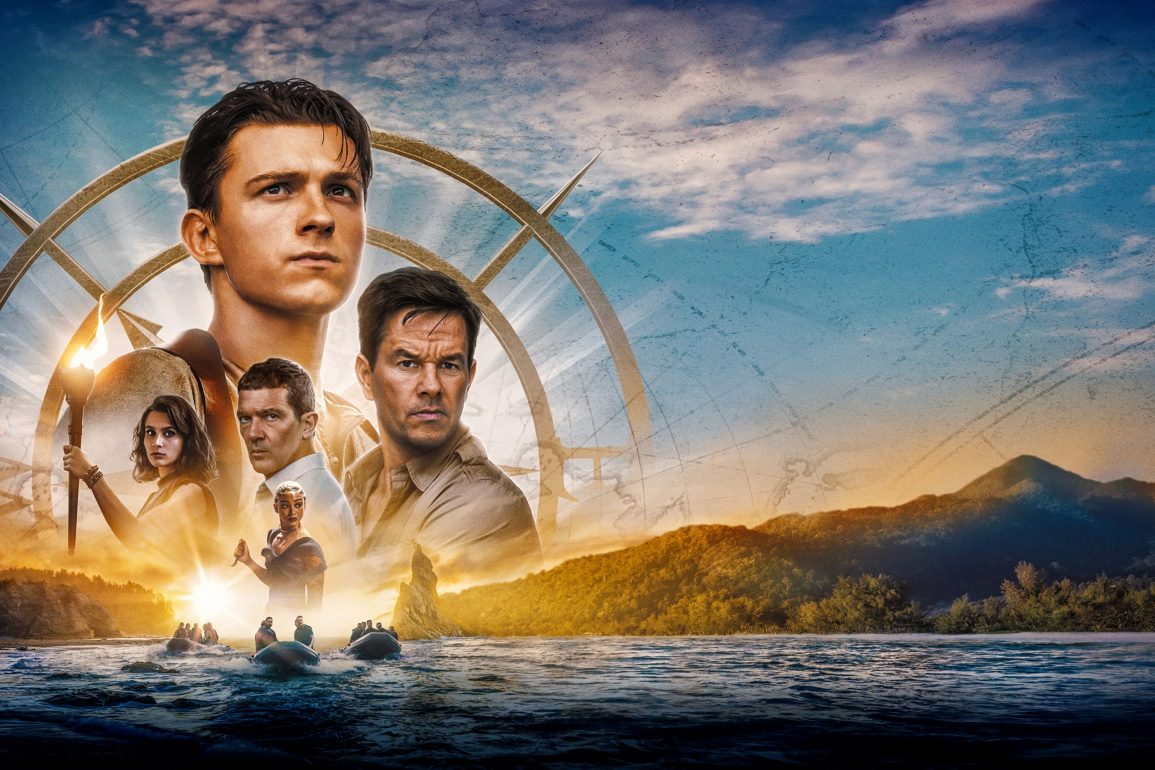 Uncharted is everything you’d expect after seeing the trailers but I found it hard to dislike as it’s just silly fun; it gets lost in the CG overload finale and the script could have been better but it’s still an enjoyable distraction.

Plot: Treasure hunter Victor “Sully” Sullivan recruits street-smart Nathan Drake to help him recover a 500-year-old lost fortune amassed by explorer Ferdinand Magellan. What starts out as a heist soon becomes a globe-trotting, white-knuckle race to reach the prize before the ruthless Santiago Moncada can get his hands on it. If Sully and Nate can decipher the clues and solve one of the world’s oldest mysteries, they stand to find $5 billion in treasure — but only if they can learn to work together.

Review: I finally got to see Uncharted last night and it was the first time I‘ve been in a cinema this year; next up will be The Batman this Thursday.

It’s not had great reviews and Uncharted was filled with familiar genre tropes and although it has its flaws I consider it one of the better videogame adaptations to date.

I’ve played Uncharted I think once a few years ago and I’ve seen many videos of it since so I had an idea of the kind of tale it would be but went in with generally low expectations. I have always loved adventure tales and Raiders of the Lost Ark is maybe my all-time favourite film (or at least way up there) so anything like that will get my attention. This movie also references Indy on several occasions and the line about nuns made me smile.

Some fans have said that Tom Holland and Mark Wahlberg were miscast in the roles of Nathan Drake and Sully and admittedly they don’t look anything like their videogame counterparts, but they can always give Sully his mustache in a sequel (and then maybe it can even get a spin-off). I thought they still made for a fun duo; Holland captures Drake’s personality (although all I see is Peter Parker) and I would just like to see more of these two characters on screen again together.

Antonio Banderas is always welcome in any movie as I just love watching him on screen and his character’s arc did not quite go the way I expected. Tati Gabrielle is suitably nasty as Braddock (no relation to the Chuck Norris character) and gets one of the most satisfying comeuppances I’ve seen for some time. The film is filled with double and triple crosses so you are never quite sure who can be trusted which keeps things moving along.

The script wasn’t the greatest and you could have a shot every time Holland says “holy shit” and be on your back in about 15 minutes.

As you could tell from the trailers there is a lot of CG in this film so all of the big set-pieces just look like a videogame (funny that) but my brain just switches off as it just never looks real. There are still some decent action scenes and choreography with several fights however, the big set-piece on the plane which was from one of the games where Nathan is trying to crawl back on was done better at the end of The Living Daylights… no CG required, just real stunts.

Uncharted had a decent if not spectacular music score but it at least had a theme tune which is rare these days.

There were several moments from the trailers that weren’t in the final cut so maybe we can expect an extended edition or least some deleted scenes when it hits home video.

Overall, Uncharted was better than expected and was inoffensive fun with our two leads making for an amiable duo. The script could have been sharper and I wish there was less CG but it’s still an entertaining and well-paced ride.