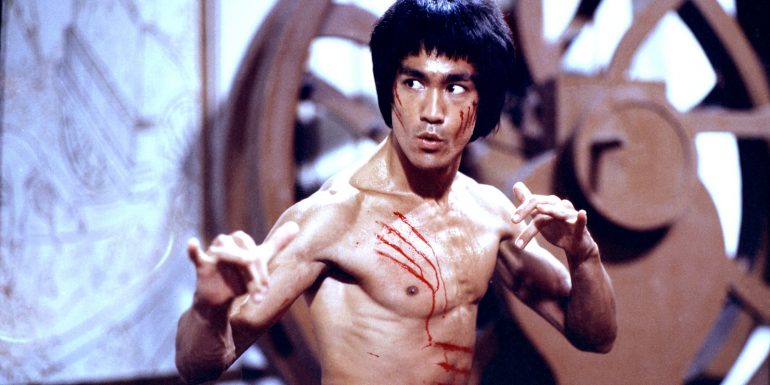 Under the Influence: Enter the Dragon

Film critics widely agree that Enter The Dragon is one of the most notable martial arts films of all time.

It inspired numerous other martial arts and action flicks and heavily influenced the 70s Kung Fu craze. Enter The Dragon was dubbed as the first ever “American martial arts spectacular,” since it was the first to be both produced in America and become a hit with American audiences.

The film was a Hong Kong / USA co-production and was received so well that it went on to make more money than any other prior martial arts film. Enter The Dragon consequently impacted Western martial arts flicks for decades.

Specifically, it served as a vehicle to debut other martial arts superstars, the most notable being Jackie Chan. It is thought to be the inspiration for Chan’s Snake in the Eagle’s Shadow, and Drunken Master as well as the cult phenomenon starring Chia-Liang Liu’s The 36th Chamber of Shaolin‒ all of which can still be viewed through easily through online streaming services (try here).

Enter The Dragon stars Bruce Lee as a Shaolin monk who is recruited by a British intelligence agent called Braithwaite. Braithwaite wants Lee to compete in a martial arts competition on a private island owned by Mr. Han, a drug lord and gangster who Braithwaite is determined to take down. Lee accepts the challenge and joins the tournament. He infiltrates Han’s hidden lair, using the tournament as a cover, battles Han’s body guards and the story climaxes soon after – but we won’t spoil the ending.

The plot of Enter The Dragon is perhaps secondary to martial arts and action film fans. Many viewers are in it for the hand to hand combat, which Lee delivers with an unparalleled performance. While the film stands on its own merits, there’s an extra special allure to it because it was Lee’s final performance (although Game of Death was actually the film in production at the time of his passing). He would have turned 75 years old on November 27th had he not died of a brain seizure before Enter The Dragon was released, and the film provides one last look at one of the world’s most legendary action stars.

Enter The Dragon has a distinct look and feel to it thanks to the elements of Chinese culture found on Han’s island and the amazing battles between tournament competitors. The martial arts combat displayed in the film was performed in such an artful manner that it went on to influence numerous other actors, directors and writers and the way they produced martial arts films. Director Robert Clouse brought the viewer in on the action with unique first person style shots of Lee and other fighters in the thick of battle, a technique which became widely used after the film’s debut.

After Enter The Dragon‘s release, theaters began to importing a multitude of Asian martial arts films, then dubbed over them in English for American audiences. Since American viewers were infatuated with Lee and martial arts, the path was paved for the ensuing Kung Fu obsession, including Jackie Chan films, Chuck Norris films, the insanely popular Karate Kid, and Jean Claude Van Damme’s Bloodsport. Enter The Dragon served as the true tipping point for martial arts in mainstream American culture.