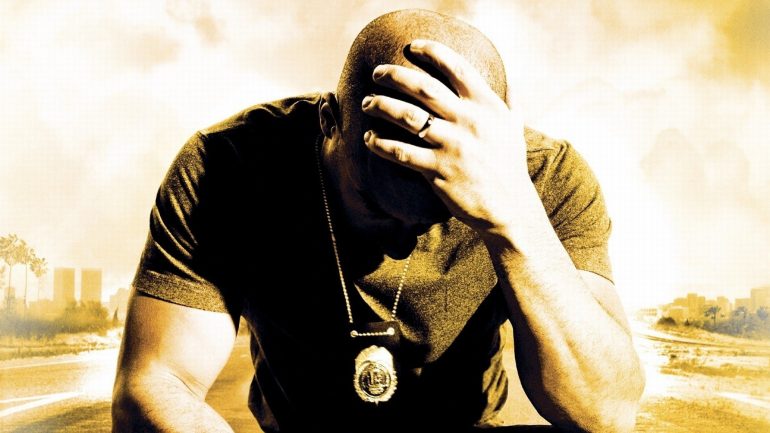 Plot: Agent Sean Vetter (Vin Diesel) is a DEA operative fighting the drug wars along the US/Mexican border. After a major player from the Baja Cartel is imprisoned, a new mysterious figure known as Diablo wrests control over the entire operation. But when Vetter’s wife is murdered in a botched hit, he and his partner (Larenz Tate) must join forces with the jailed Cartel boss to hunt down the dangerous and elusive new player.

I’ve always considered A Man Apart as arguably one of Vin Diesel’s better films where he was forced to try and act as well as just growl and randomly say “family” a lot. You genuinely empathize with his character Sean Vetter after his wife is brutally slain and he looks utterly broken with grief… thus the film’s title.

The supporting cast are all great as well; I forgot Timothy Olyphant was in it and he was entertaining as Hollywood Jack; he excels at playing these kinds of sleazy scumbags and Jack is one of his better characters.

Geno Silva is the big bad of the tale but his story doesn’t quite go as you may expect; when Sean Vetter has to go to him in prison, the scene oozes tension and you have no idea how it’s going to play out.

I really liked Larenz Tate as Demetrius Hicks; he’s Sean’s loyal friend who helps him find the men responsible for killing his wife, but he sometimes questions Sean’s methods if he takes things too far.

There are several twists and turns, making the film a bit more interesting in terms of story, but admittedly it won’t win any prizes in terms of originality.

A Man Apart also doesn’t skimp on violence and is probably one of Diesel’s most adult-oriented films; the scene when Sean finds the guy who killed his wife and literally beats him to death is quite frankly awesome and shocking.

I still think the ending could have been a bit more exciting though; it fizzles out a little and I was hoping for it to be a bit more action-packed.

It has a serious tone and deals with the influx of drugs in America and Sean’s determination to avenge his wife so it doesn’t exactly have a sense of humour. There are no one liners which keeps things gritty but it is still pretty enjoyable.

The music score was quite interesting but not particularly memorable and lacked a decent theme.

Overall, A Man Apart is largely forgotten by everyone now and few people still talk about it, which is a shame as I think it’s very entertaining; it certainly isn’t  amazing but it’s worth watching to see Vin Diesel trying something a little different. I wish he would do more of these kinds of movies (or Riddick) rather than the Fast & Furious movies.