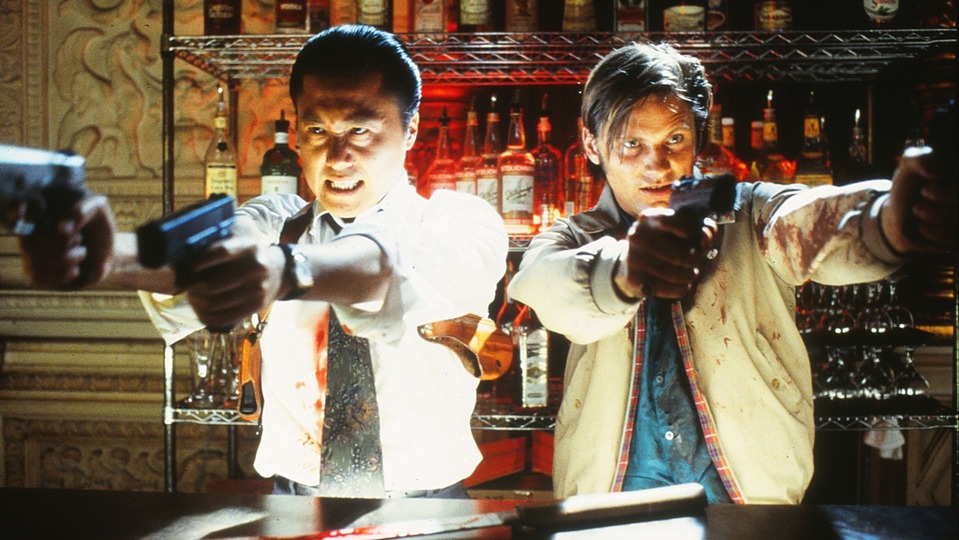 Plot: A FBI agent goes undercover in the US branch of the Japanese mob and finds his loyalties tested as he rises in the organisation.

Any movie with Viggo Mortensen in it is immediately watchable for me as I think he is a wonderfully understated actor. He can blend into any role and although nobody ever talks about this movie much I always thought American Yakuza was a quality action drama. Viggo himself doesn’t care much about it stating the reason he did it was because he was broke and needed the work. At least he was honest…

We know how these stories go as the undercover cop who falls for the other side isn’t anything new but it’s the performances that elevate this with the Yakuza demonstrating a code of honour and loyalty which Nick finds appealing as he doesn’t find the same code with his own law enforcement comrades.

Nick saves the life of Yakuza member Shuji Sawamoto (Ryo Ishibashi) who takes Nick under his wing and brings him into the family unaware of his true intentions. Shu (as Nick calls him) has other problems as the Yakuza face betrayal from the Mafia who they have had an agreement with for some time and things will soon turn into all-out war.

American Yakuza has a lot going on in its tight runtime (95 minutes) where we get to care about the characters and the story is never less than engaging. It also has a wonderful sense of style clearly influence by john Woo as there is some double gunplay and slow motion which was very much the thing in the 90’s.

It gets quite tense and doesn’t go the way you expect keeping you on your toes throughout although it could be said that it is a little anti-climactic.

The Late Robert Forster has a small but pivotal role as Nick’s real-life boss who just sees it as a job even though Nick has got himself in deep.

Overall, American Yakuza has a nice sense of style, some John Woo-inspired gunplay and betrayal around every corner. It’s not a classic but it’s certainly worth checking out if you enjoy undercover cop tales.