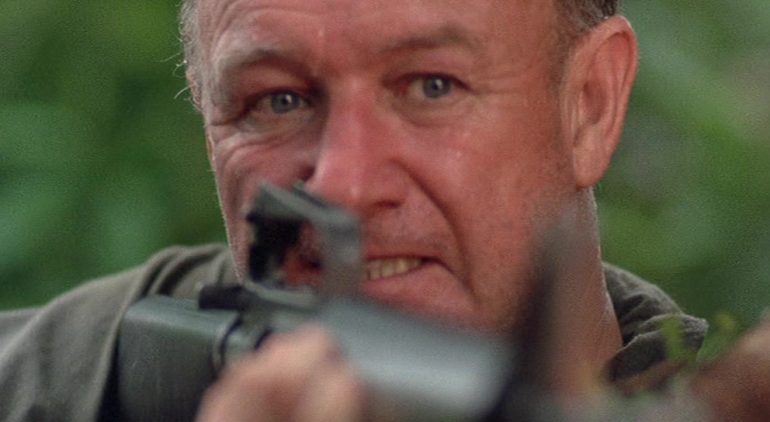 My Gene Hackman phase continues with one of my favourite movies of his – Bat*21 which is inspired by true events. Hackman plays Lt. Colonel Iceal Hambleton whose aircraft is shot down over enemy territory during the Vietnam war and a frantic rescue operation ensues.

While stuck behind enemy lines he is helped by pilot Bird Dog AKA Captain Bartholomew Clark (Danny Glover) who inspires Hambleton to go on as this is his first time in his career where he actually sees any war.

It is at times quite harrowing but it’s also incredibly well paced wasting no time getting going and never letting up until the genuinely explosive finale.

Hackman is as fantastic as always but so is Glover who plays a true hero with Clark one of the best characters of his career. He has some great lines like “Let’s get the basic relationship down… I’m the lifeguard, you’re the drowning man. If you relax, I can bring you to shore. If you fight me, then I’ll have to slap you around.”

The set-pieces are spectacular and as I said the finale is rather jaw dropping with bombs being dropped everywhere as the two men try to escape and get back to safety.

I always wondered if war movies can also be considered action movies and I’ve decided that they can and Bat*21 is the perfect example of it.

I liked how the Vietnamese weren’t just faceless enemies needing killed but were shown as real people with families too demonstrating that there are no real winners in war.

Overall, there’s not much else to say; Bat*21 is a bit of a classic with Hackman doing what he does best and a standout performance from Danny Glover. It’s definitely worth watching if you’ve never seen it.