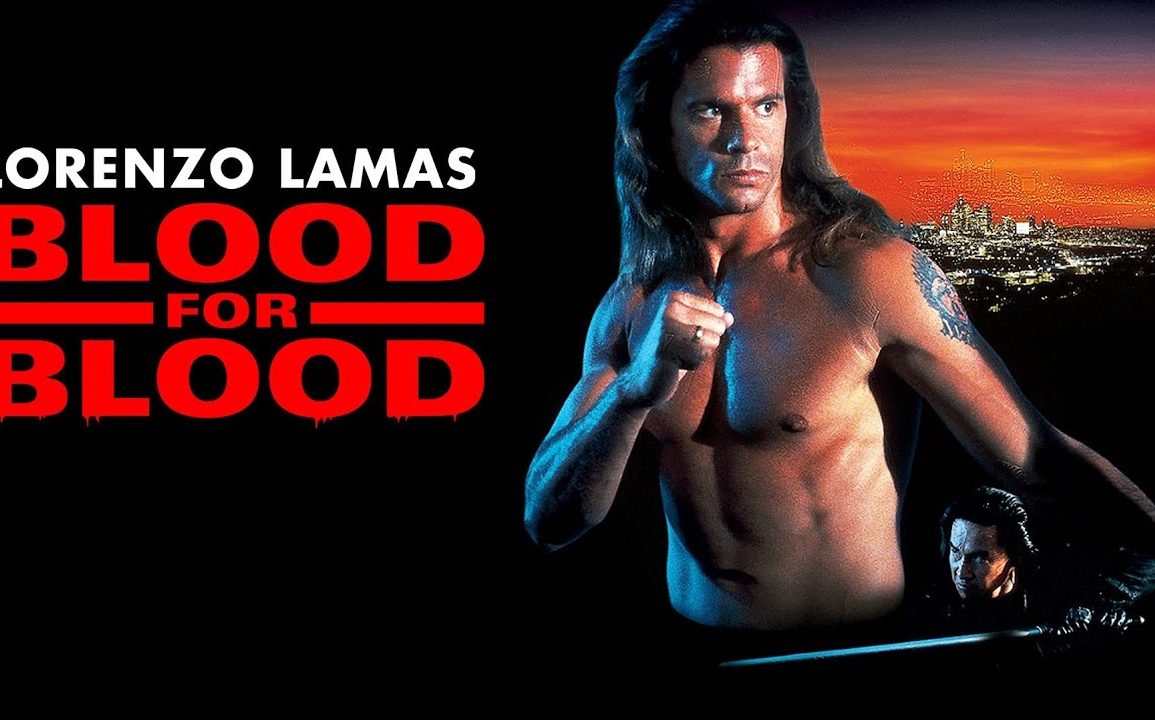 Plot: LAPD Detective John Kang (Lorenzo Lamas) dreams of a quiet life with his wife and child, but after a blown surveillance operation, those dreams quickly turn bloody when he is targeted for assassination by a ruthless Cambodian warlord (James Lew). Plagued by memories of a forgotten childhood and trapped in the middle of a brutal gang war, Kang must fight to save his family as the world’s deadliest hitman closes in for the kill.

Blood for Blood is one of my favourite Lorenzo Lamas films and it still holds up as a solid actioner with James Lew in one of his best roles as Prince Samarki and Die Hard’s James Shigeta as Mob boss Mao Mak.

It’s just under 85 minutes long so it moves along quickly with a story that has a mystical element which makes the film feel a little different from your standard action pictures from that time. There are fight scenes every couple of minutes and we get several violent kills with the film almost having a slasher feel to it with James Lew using various weapons to dispose of the cops he sees as a threat.

Lamas usually keeps things light in his films but Blood for Blood has a more serious tone so there are no “master of disguise“ moments which he would do regularly in his pictures. He mostly poses with his fabulous hair but he looks the part in the fight scenes and any movie that ends with a sword fight and a cool villain death is fine by me.

I liked how the Chief wasn’t your typical shouty stereotype and genuinely wanted to protect his officers which is once again a little different from the norm.

There are as you’d expect some not so great performances especially from the Russian leader Boris who is just annoying and yells all the time but aside from that the performances are not too bad.

Kang’s friend Paddy (Eric Pierpoint) has “dead meat” written on him from the start as he has a big mouth and it’s his fault that Kang ends up getting involved in the case when he had no interest in it initially. This film has an impressive bodycount with Lamas killing 16 people and James Lew taking out 9 people; so really the good guy is more of a killer than the antagonist…

Overall, Blood for Blood isn’t anything new but I have always really enjoyed it for the cheap thrills it provides and James Lew automatically makes any film better.