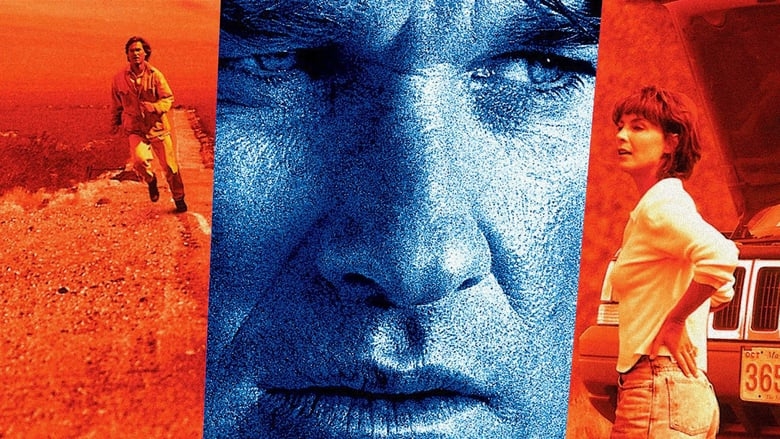 So this is really more of a crime thriller than an out and out action flick but whatever I’m writing this anyway; there are major spoilers ahead so if you haven’t seen the movie then best look away now.

Kurt Russell stars in this Hitchcockian action thriller about a husband and wife called Jeff and Amy Taylor (Kathleen Quinlan) who are moving to California and must drive across the country. When they find themselves stranded in the middle of a desert with hardly anyone or anything around, their trip comes to a sudden halt. Amy had taken a ride with a friendly trucker to a small diner to call for help, but after a long time, Jeff becomes worried. He finds that no one in the diner has seen or heard from his wife. When he finds the trucker who gave Amy the ride, the trucker swears he has never seen her. Now Jeff must attempt to find his wife, who has been kidnapped and is being held for ransom. But who can he trust?

Breakdown is one of my favourite Kurt Russell movies as he is so perfectly cast as Jeff; he’s an immediately appealing everyman who we can root for and sympathise with when his wife disappears.

Every moment keeps you on the edge of your seat with Jeff not knowing who he can trust focusing on his isolation and paranoia as he desperately searches for his wife. Breakdown is an exercise in tension and it’s arguably director Jonathan Mostow’s finest hour too.

Not a single moment of screentime is wasted and in the first few minutes we quickly get to know our protagonist and his wife and how they are moving across country with Amy thinking it may be the worst decision they have eve made… she has no idea at that point how right she is.

I think I’ve said before that evil is never nastier than when it is in the guise of a friend and that’s the case with Red Barr played by the late great J.T. Walsh. When he finds the couple broken down, he offers to help but only Amy agrees to go with him and then that’s when things rapidly go downhill. I always found it a little unlikely that a husband would let his wife go off in a truck with a complete stranger, but it would have been a short film otherwise.

Anyway, Walsh was so good at playing these kinds of characters with quiet menace as his eyes could be so cold which made him ideal as Red Barr. He is a hateful monster and his goons aren’t much nicer with M.C. Gainey (Swamp Thing from Con Air) especially nasty.

The first half of the film has Jeff driving around trying to find Amy questioning people up and down if they have seen her and it’s nail-biting stuff as everyone is a potential suspect in her disappearance. I love the red herring with Rex Linn’s Sheriff Boyd where we aren’t sure if he is in on the scam or not which gives it that extra layer of threat. If you can’t trust the cops or the public then you are truly alone…

It’s the last half hour where the action really kicks in as Jeff turns the kidnapper’s plan on its head giving us an incredibly satisfying finale with some amazing stunts and a rather epic bad guy death.

Overall, Breakdown should be talked about more as it has Kurt Russell at his best, J.T. Walsh at his most menacing and plenty of tension to chew on.