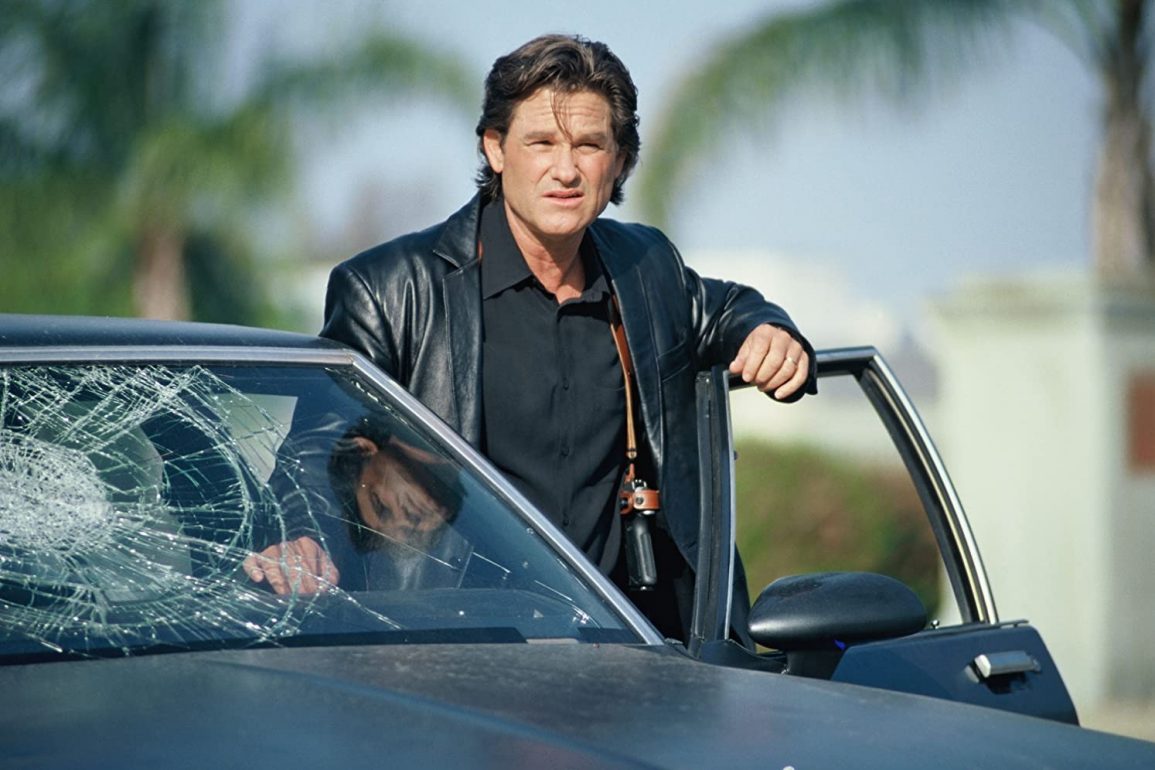 Plot: Set in the Los Angeles Police Department in 1992, “Dark Blue” is a thriller that takes place just days before the acquittal of four white officers in the beating of black motorist Rodney King and the subsequent L.A. riots. In this racially charged climate, the LAPD’s elite Special Investigations Squad is assigned a quadruple homicide. As they work the case, detective Eldon (Kurt Russell), tutors SIS rookie Bobby (Scott Speedman) in the realities of police intimidation and corruption.

Yes, I know this isn’t technically an action movie and more of a cop thriller, but Kurt Russell is in it and frankly I just feel like showing it some love, so there.

Dark Blue came out in February 2003 in the US and it didn’t exactly make a big impact at the box office (around $12.5 million) but that’s probably due to the not very commercial subject matter. It’s set around the Rodney King beatings in the early 1990s and centres on a group of corrupt cops called SIS run by Jack Van Meter (Brendan Gleeson) alongside Eldon Perry (Kurt Russell) who is essentially his enforcer and has a penchant for breaking the rules. He has a new partner called Bobby (Scott Speedman) who he is grooming to be just like him however, Bobby may have more of a conscience about their shady dealings.

Kurt Russell never disappoints, and he has rarely been better than in this complex role; Perry is not a nice guy and has done a lot of bad things and yet you still sort of take to him just because he’s Kurt Russell and you can’t really hate him.

Ving Rhames plays Arthur Holland who is a cop that sees through SIS and wants to bring them to justice; he also has some skeletons in the closet making this a complicated affair where nothing is simply black or white.

Although not exactly packed with action there are a few shoot-outs throughout and the final 25 minutes are pretty intense with Perry trying to evade the rioters in L.A. The city feels like a powder keg ready to go off at any minute so there’s this underlying tension throughout.

With such a complex story it’s no surprise to see James Ellroy (L.A. Confidential) came up with it while David Ayer penned the screenplay.

I know this sounds really bad but am I the only person who found the two killers Orchard and Sidwell quite funny? Their banter back and forth just cracked me up and for some reason I feel they lightened the tone… at least until the end.

The score by Terence Blanchard has some electric guitars and a generally cool vibe intermingled with some hip-hop tunes which all work perfectly in creating this tale of corruption.

Overall, Dark Blue has some fantastic performances with Kurt Russell at his best giving us one of his most layered characters; the rest of the cast are all superb and it has several twists to keep you guessing at the outcome. The violence and shoot-outs are handled well making this a movie well worth checking out.