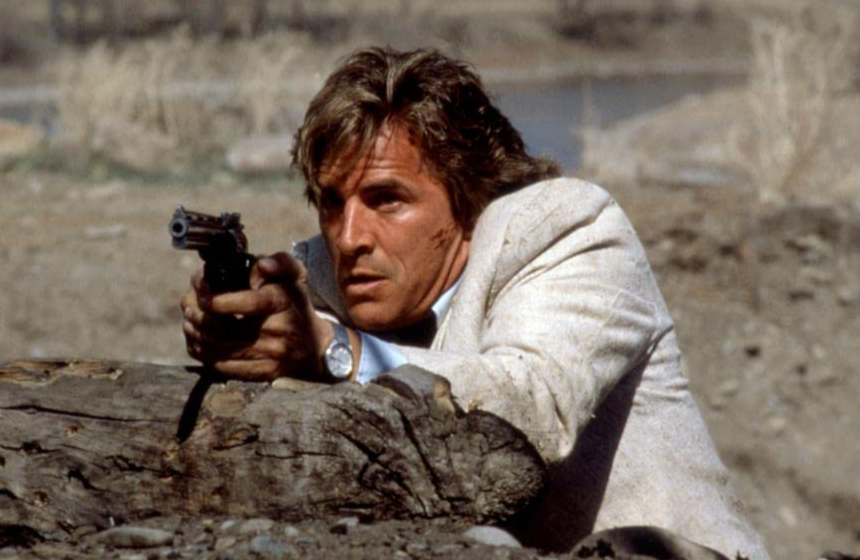 Plot: Los Angeles homicide detective Jerry Beck (Don Johnson) searches for the murderer who killed a police officer on Christmas Eve. The investigation takes Beck inside the violent world of hate groups and white supremacists, who are hatching a deadly plot to attack even more innocent people. Beck must also confront his own personal demons, including his growing problem with alcohol, if he wants to track down and stop the violent neo-Nazis before it is too late.

I have to give a shout out to Robb Antequera for talking about this movie recently as I hadn’t seen it in many years; I’d forgotten just how awesome Dead Bang is so today I thought I would recommend it for those who haven’t watched it before.

Dead Bang stars Don Johnson (Miami Vice) and is directed by the late John Frankenheimer (Ronin) and it deals with issues which are sadly still relevant today, mainly racism and White Supremacy.

The first few minutes are the perfect example of “see don’t tell” where we find out about our protagonist Jerry Beck; he is burned out, living in a shitty apartment, a borderline alcoholic, his wife has a restraining order against him so he can’t come and visit his kids at school and he is in bad debt.

He’s got a temper on him too which makes him quite hard to sympathise with, but it makes him feel more authentic as a real person and cop. All he really has is his job and he doesn’t care whose Christmas he ruins when he starts looking for a cop killer.

Beck is miles away from the cool and charming Sonny Crockett of Miami Vice and I’m sure that’s why Johnson wanted this role; at one point he even vomits on a suspect which was quite gross so nobody would want to be like Beck.

After a convenience store clerk is gunned down in cold blood during a robbery and a police officer gets shot, homicide cop Beck starts investigating the motives and the potential suspect Bobby Burns (Frank Military). This eventually leads him to Oklahoma City and a group of Neo Nazis of which Burns is a member.

Frank Military (which is an amazing name) is wonderfully nasty as Burns making him a truly hateful monster that needs to be taken down before he hurts more people. Beck joins forces with FBI Agent Arthur Kressler (William Forsythe) and although the two can barely stand each other they work together to find Bobby while also taking down the White Supremacists.

Forsythe is one of my favourite actors and Kressler is a strange guy; he finds Beck’s foul mouth offensive and seems to be more upset about that than he is about people being murdered. I’ve actually met people like that in real life and needless to say we didn’t become friends.

Gary Chang (Death Warrant) provides the score and it has some cool guitars but is the only aspect of the film that seems a little dated; it works fine for the story though.

In terms of action there are a few shoot-outs, some explosions and a foot chase (which is what causes Beck to be sick). There’s nothing overly flashy and there isn’t action every few minutes; its more about the characters and story so the action happens when it needs to pushing the narrative forward. The finale is truly satisfying with a few surprises too making for an entertaining and well told cop story.

Overall, Dead Bang was a real change of pace for Don Johnson after Miami Vice and it deserves more love than it gets. The action is well staged and the performances are strong with despicable villains who are every bit as relevant today as they were back in 1989.