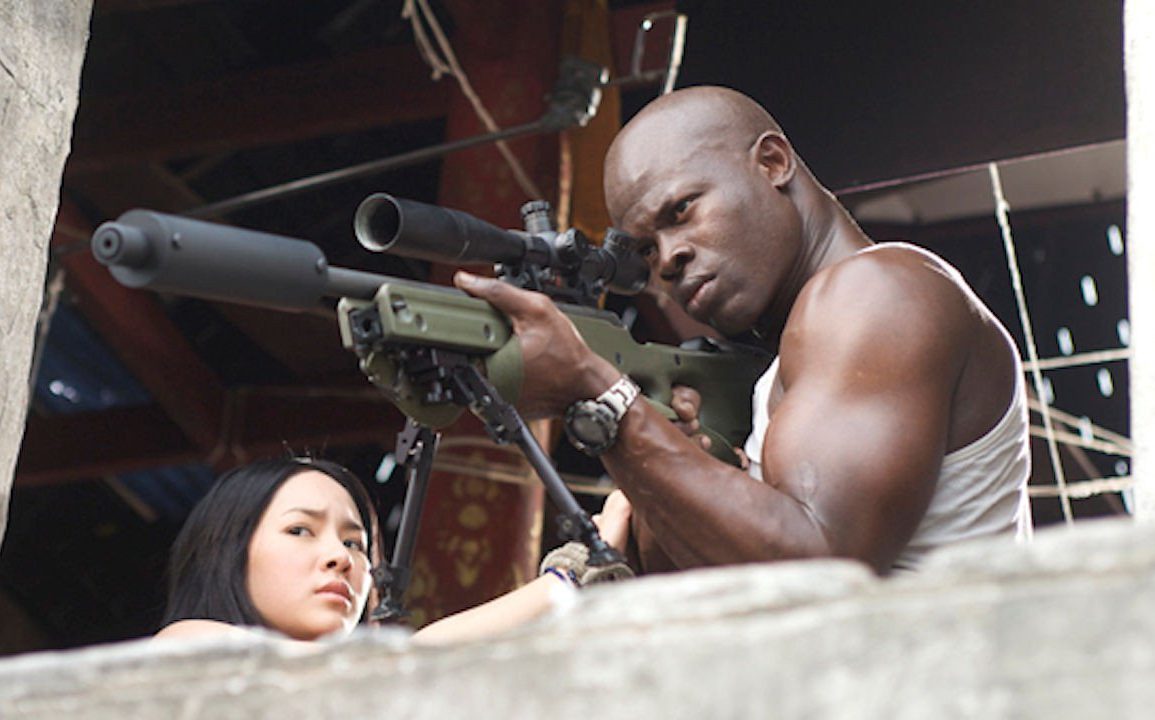 Elephant White is a movie nobody ever really talks about but it’s from the director of Ong Bak (Prachya Pinkaew) and is a pretty kick ass and harrowing action movie that I believe went straight to DVD with little fanfare.

The story is about a mercenary called Curtie Church (Djimon Hounsou, Blood Diamond) who is hired to take out a notorious Thai sex-trafficking gang by a father’s whose daughter was kidnapped and murdered by the gang. With the help of a ruthless weapons dealer (Kevin Bacon, Mystic River), Church finds the men he is hired to kill. But what starts as a paying job turns into an outright war between two rival gangs, and Church finds himself caught between the corrupt world that surrounds him and the truth behind the man who hired him.

Anything about human trafficking makes my blood boil so (like Taken) watching these people die is incredibly satisfying; it’s a violent and disturbing tale so it’s not for the fainthearted.

Djimon Honsou is the invincible badass mercenary who agrees to help avenge the death of a friend’s daughter; things are not what they seem however, and several twists and turns occur.

I’m a huge fan of Djimon and think he has incredible screen presence and one of the coolest voices in cinema. It’s great to see him in a leading role and kicking some serious ass while he’s at it.

Normally I’ll watch Kevin Bacon in anything as well; however, I’m not sure what kind of accent this was meant to be, but I think it was English but he was surprisingly one of the weakest aspects of the film.

The rest of the acting was overall pretty decent and the film gets quite supernatural and surreal in places; I liked that as it was something different and didn’t feel overly preachy about its subject matter.

It’s well paced and only an hour and 30 minutes long, so it’s over in no time and you’ll not be bored watching it. There are some really entertaining set-pieces too mostly involving a sniper rifle, which is put to very good use in this movie.

The big revelation at the end was hardly surprising though and is pretty easy to figure out early on in the picture.

Elephant White has a good story, which makes the best of its low budget with some tense scenes and violent action. Definitely worth checking out especially for fans of Prachya Pinkaew.