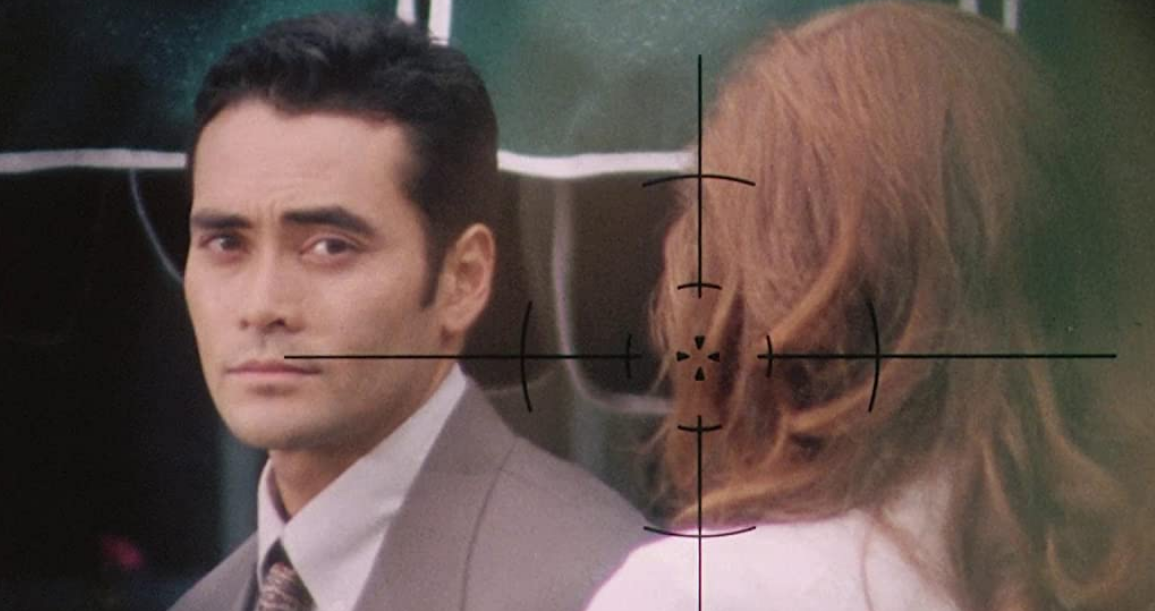 Plot: A bodyguard uses his Navy commando training to track the killers of an arms dealer he was hired to protect.

Of all the action stars I’ve always found Mark Dacascos one of the most appealing; he seems like a genuinely good guy in real life and he makes for an affable on screen hero too.

Sabotage is one of my personal favourites of his and it doesn’t get talked about as much as the likes of Drive or Crying Freeman. It has a sharp script avoiding cliched dialogue and an impressive cast that includes Carrie-Ann Moss, Tony Todd and Graham Greene.

Tony Todd makes any film better and he never disappoints as an antagonist; in Sabotage he plays Jason Sherwood who is a sniper that leaves Michael Bishop (Dacascos) for dead in Bosnia.

A few years later Bishop has recovered from his wounds and is a bodyguard but his employer is taken out by Sherwood so thus begins a conspiracy that goes into the U.S. Government. It’s up to Bishop and Special-Agent Louise Castle (Moss) to stop Sherwood and whoever else is responsible.

Carrie-Anne Moss is known for playing badasses and she is perfectly cast in this as the ambitious cop who doesn’t spend enough time with her daughter. By the end of course she sees the error of her ways and realizes family is everything.

This has some nice twists in the story and although the first half isn’t packed with action we do still get several fight scenes, shoot-outs and explosions.

It’s rare to see Graham Greene play a villain but he’s really good at it and his character Nicholas Tollander is a conniving and hateful monster. He’s another actor who never phones it in and he just elevates any role he’s in.

I like movies like this where there isn’t anything overly flashy in terms of the action so it’s all the more believable; the close ups of the bullets flying is still a cool effect too.

Overall, Sabotage deserves more love from people as Dacascos is awesome in it and Tony Todd makes for a nasty villain; Carrie-Anne Moss is perfectly cast as the tough but likable F.B.I. Agent making for an engaging and action-filled 95 minutes.