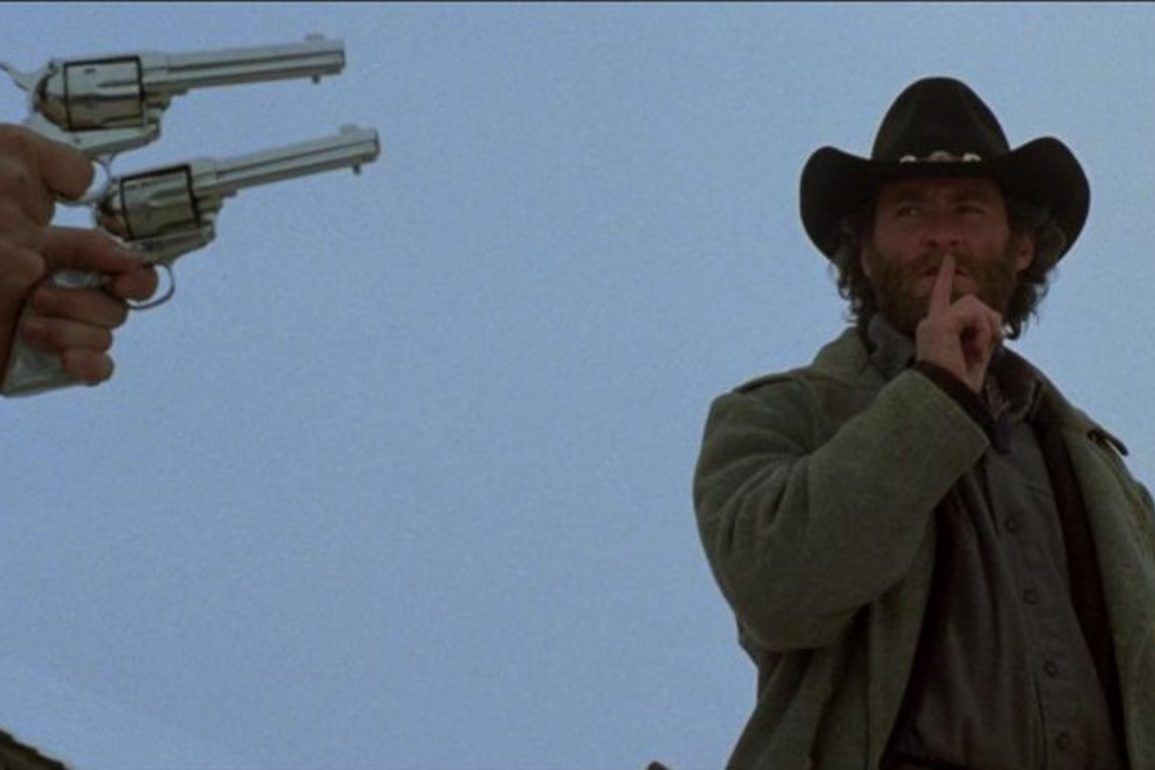 Plot: In 1880, four men travel together to the city of Silverado. They come across many dangers before they finally engage the “bad guys” and bring peace and equality back to the city

Review: I’m surprised when people talk about classic Westerns Silverado is rarely mentioned, which is a shame as it’s one of my personal favourites with a cast that nearly (but not quite) rivals Tombstone.

You’ve got Kevin Kline, Scott Glenn, Kevin Costner, Jeff Goldblum, Danny Glover, John Cleese, Jeff Fahey and Brian Dennehy all at the top of their game. Kevin Kline was a revelation as the soft spoken but thoroughly badass Paden who teams up with Scott Glenn’s Emmett as they try to right some injustices in their small town.

Padon is a layered character who has all kinds of things going on in his past and you are never quite sure what his angle is but you know he is at heart the good guy of the tale.

Scott Glenn is always fantastic and has never given a bad performance; he just belongs in a movie like this and you 100% believe he is a cowboy that shouldn’t be messed with.

What I love about Silverado is that for the most part the story isn’t predictable; characters come and go then reappear later as they go on their own personal story arcs and we feel like we genuinely get to know everyone.

Danny Glover’s Mal is arguably my favourite character as he’s a complete hero who is always saving everybody else and his relationship with his father (albeit brief) was heartfelt and believable.

This remains one of Kevin Costner’s finest hours in terms of acting as he shows more personality in Sliverado than practically every other role in his career combined. His character Jake is always getting into trouble and comes across as somewhat crazy but you love him all the same as he has that roguish quality.

I’ve always found Brian Dennehy quite an intimidating figure on screen and that’s no different in this movie; you aren’t quite sure if he’s the villain or not but even if he’s a good guy he is still threatening. His relationship with Padon is the most interesting as you never really know everything that has happened between them in the past but there’s always this air of tension when they are together.

The music score is classic Western stuff with a great main theme that sticks in your head long after watching. It’s also beautifully shot with a few scenes reminiscent of The Searchers.

There is constant action in this movie with shoot-outs every few minutes and a bodycount surely in the hundreds. As our various heroes all come together to take down the bad guys we get a thoroughly explosive and exciting finale.

In terms of flaws I guess the plot is clichéd in parts but I like that it has that familiarity as it’s like reuniting with an old friend.

Overall, Silverado is an underrated Western and one of my favourite movies so if you haven’t watched it then be sure to check it out ASAP.