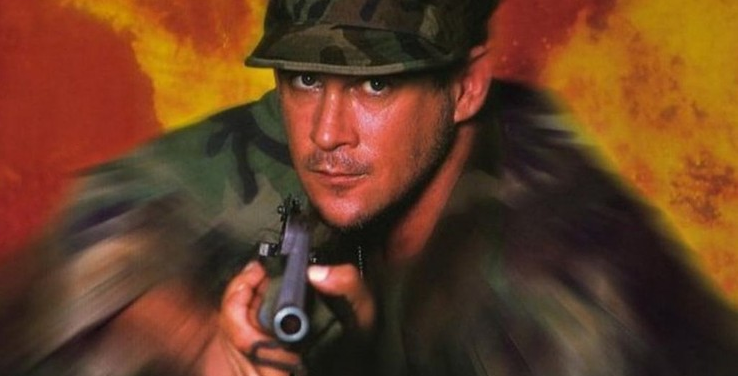 Plot: Veteran Major Howard Toliver (Michael Dudikoff) works at a prison for extremely dangerous juvenile offenders. Recruited to rescue a wealthy girl being held captive in Vietnam, he assembles a team composed of some of the most violent inmates, many of whom are enemies. After battling their way through the jungle, they lay siege to the fortress of the brutal warlord Vinh Moc (Cary-Hiroyuki Tagawa), who has the hostage hidden away. Will they work together, or allow their rivalries to consume them?

We all enjoy the American Ninja movies and Avenging Force but one of my absolute favourite Michael Dudikoff films is Soldier Boyz from 1995 (even if the title is a little lame).

If you sit back and give it some thought the concept of sending troubled youths into a warzone and endangering their lives is a little hard to swallow but this is an action movie with action movie logic so the trick is to just enjoy it for the action-packed ride that it is. There is literally an action scene every few minutes ranging from fights, shoot-outs to plentiful explosions and I enjoy every second of it.

Dudikoff is well cast as the gruff leader Major Tolliver who doesn’t take any crap from the youths but he sees potential in them and when they are given a second chance at redemption they work together for the greater good. I mostly know Tyrin Turner from Menace II Society but I liked his character Butts (first name Seymour) who ends up being a total hero despite his past misdeeds. Jaqueline Obradors is the female in the bunch and she’s awesomely badass but then her character’s name is Vasquez so she’ll obviously be an ass kicker.

Soldier Boyz  isn’t afraid to get a little disturbing especially the snake torture scene which is nastiest of the movie and is kind of my worst nightmare.

Cary-Hiroyuki Tagawa never fails as the villain and Vinh Moc is a bit of a one note character but I like a straightforward bad guy. All we have to do is hate him and it only takes a few seconds of screentime for Moc to show he is not a nice person.

At 85 minutes Soldier Boyz is well paced and each character gets their moment to shine; the finale is suitably explosive and the music score features some exciting orchestral cues that add to the set-pieces.

Overall, Soldier Boyz is filled with action, surprisingly memorable characters and a fast pace; yes it’s a bit 90’s but that’s just fine by me.