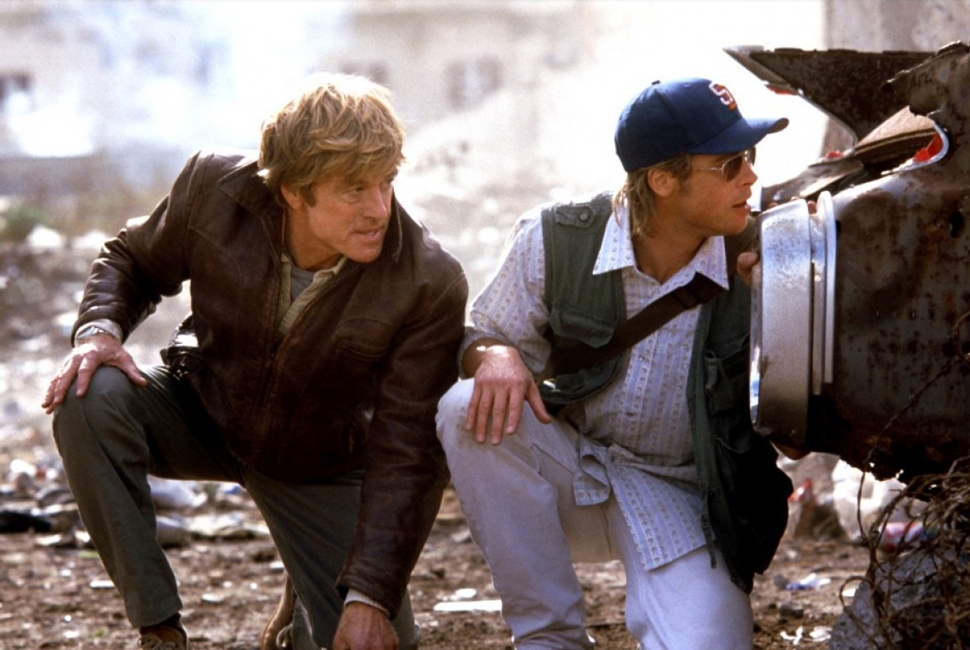 Plot: Retiring CIA agent Nathan Muir (Redford) recalls his training of Tom Bishop (Pitt) while working against agency politics to free him from his Chinese captors.

This is one of Tony Scott’s forgotten gems and it really is a damn fine spy thriller; it has plenty of twists and turns with great performances all round. The pacing does sag a little in places but Brad Pitt and Robert Redford are great on screen together and the story is something original and interesting.

The writing is sophisticated and the direction, well it’s Tony Scott so every single frame looks like a work of art. Fantastic use of light, the action is well shot and it never talks down to the audience. That is one thing I always loved about Tony Scott was the fact that he made smart action movies that could look great, have plenty of action and still have A-List actors.

Harry Gregson-Williams provides the score which is one of my favourites of his. It has a modern sound to it but keeps a memorable theme tune while mixing orchestra with electronica and it really works well.

Brad Pitt’s character Bishop is kind of reckless and Redford plays the wise old mentor really well; you can tell both actors are clearly enjoying their roles and they made a great cinematic duo.

Overall, Spy Game isn’t an all out action movie but more of a spy thriller and it requires several viewings to fully appreciate it but it’s definitely worth seeking out.