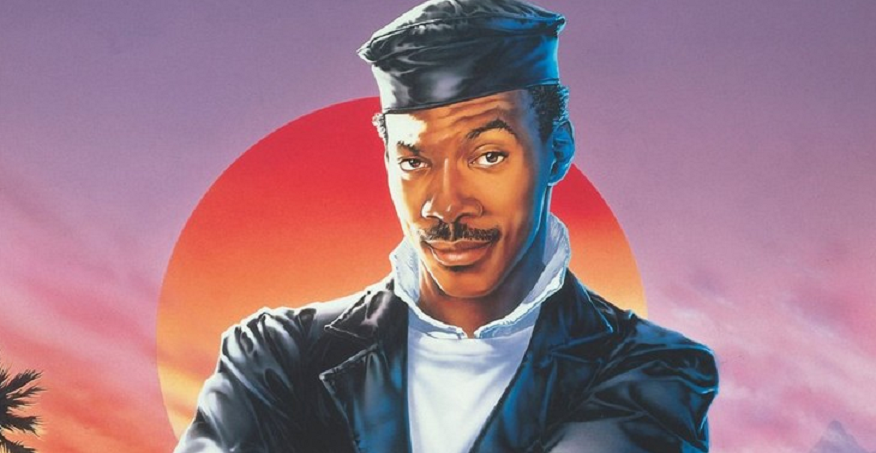 Plot: After a Tibetan boy, the mystical Golden Child (J.L. Reate), is kidnapped by the evil Sardo Numspa (Charles Dance), humankind’s fate hangs in the balance. On the other side of the world in Los Angeles, the priestess Kee Nang (Charlotte Lewis) seeks the Chosen One, who will save the boy from death. When Nang sees social worker Chandler Jarrell (Eddie Murphy) on television discussing his ability to find missing children, she solicits his expertise, despite his skepticism over being “chosen.”

The Golden Child was a movie I watched regularly growing up but it didn’t get great reviews and is never mentioned with the same fondness as Eddie Murphy’s other hits like 48 Hrs. or Beverley Hills Cop.

It was always a very silly tale but oh how I always enjoyed it. Eddie Murphy is pretty much exactly the same as he is in Beverly Hills Cop, but his character Chandler Jarrell doesn’t get to swear as much as this was PG fare. It still manages to have plenty of fight scenes and adult humour to keep the grown ups engaged.

A lot of the humour I didn’t get when I was younger, and it had been a good few years since I last watched it but for the most part The Golden Child still holds up as a ridiculously fun action fantasy tale. I do miss movies like this with their upbeat movie scores and general feeling of optimism which seems to be in short supply these days.

This would make for an ideal double bill with Big Trouble in Little China as they both have that crazy fantasy element and out there characters with some memorable one-liners. Both also star James Hong and Victor Wong so you almost feel like it could take place in the same movie universe. It was also only on this viewing that I noticed Al Leong was in both movies too.

The always reliable Charles Dance makes for an intimidating adversary and I love the scene when he is talking to his master (Satan) which just made him even more creepy. He manages to keep a straight face throughout even with Eddie Murphy doing his schtick in front of him. The dream sequence is so bizarre and I never understood it as a kid as it totally freaked me out. I still think Charles Dance is the best general Zod we never got; he would have been great in the role as he had that similar intensity as Terrence Stamp.

Anyway, was anyone else in love with Charlotte Lewis around this period? She was also in Dolph Lundgren’s Men of War and is one of the most stunning women I’ve ever seen. Her character Kee Nang also rarely smiles but still manages to be appealing and her heart slowly melts as she gets to know Jarrell better.

To this day I always loved the scene when The Golden Child got the Pepsi can to dance; if you watched it now for the first time you’d probably just laugh at it but I always found it so magical and it still makes me smile.

Some of the visual effects have obviously dated especially when Sardo Numspa (Dance) reveals his true form at the end but it’s stop motion animation which I adore even if it doesn’t always convince, there is just a warmth to it.

John Barry’s score is quite unlike anything he did before as he usually had a recognisable sound but the upbeat jazzy score really just adds to the fun vibe and it’s one of the most wonderfully 80’s themes you’ll ever hear.

Overall, The Golden Child may not be up there with Beverley Hills Cop and 48 Hrs. but it’s still classic Eddie Murphy with some great moments of humour, awesome fight scenes and crazy fantasy that all the family can enjoy.