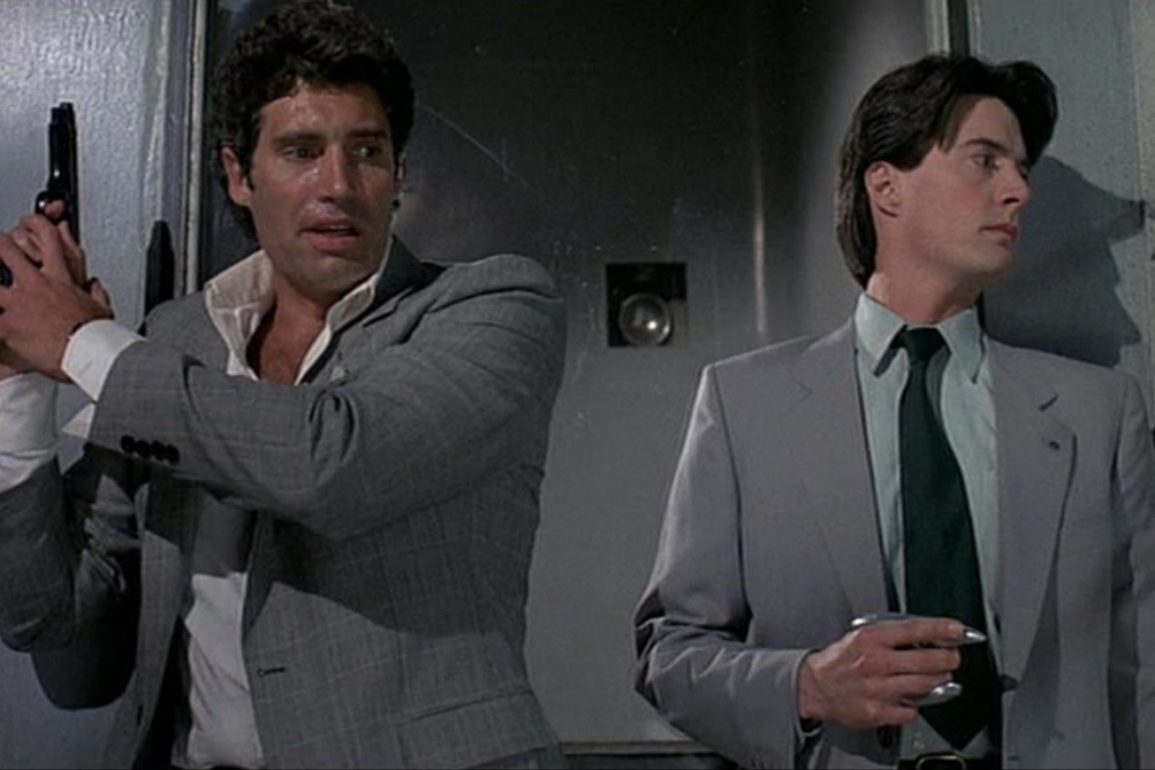 Plot: A homicide detective and an FBI agent team up to find the human host of an alien life-form responsible for turning citizens into homicidal maniacs.

You don’t hear too many people talking about The Hidden these days but I’ve always had a soft spot for it with its entertaining blend of action, horror and comedy.

This almost feels like an audition for Kyle MacLachlan and Michael Nouri who would go on to work together in David Lynch’s Twin Peaks a couple of years later. MacLachlan has such an appealing demeanor that you can instantly take to him on screen and Lloyd Gallagher may be from another world (spoiler alert) but MacLachlan makes him sympathetic and gives him an almost childlike naivete, so we are immediately on his side.

Michael Nouri was born to play a cop (he turned down the role of Martin Riggs trivia fans) and Tom Beck is one of my favourite roles of his; he’s believably jaded and his reaction to all the craziness going on in the movie is essentially the audiences too.

It’s well paced and wastes no time getting going with Chris Mulkey (possessed by an alien entity) robbing a bank then getting into an awesome car chase with the police in hot pursuit. It’s got a pounding 80’s rock soundtrack and is sort of like John Carpenter’s The Thing mixed with Body Snatchers and a side order of I Come in Peace just to give us a wacky good time.

The Hidden has a great supporting cast including 80’s action staple Ed O’Ross, Lin Shaye, Claudia Christian (who I was in love with back then) as well as early blink and you’ll miss them roles from Danny Trejo and Branscombe Richmond.

There are some enjoyable practical effects too especially during the first transfer of the alien into another host which although you can tell it’s special effects it’s still suitably unpleasant looking.

It’s funny how if this movie was made today I would think that it would end with the alien, disguised as the senator, getting away and I recently discovered that that was the original ending. I prefer the more upbeat finale we do get.

Overall, The Hidden has just the right amount of action, horror and comedy to still stand up as a fun time with great performances from our leads so if you like movies such as The Thing and I Come in Peace then this is well worth checking out.