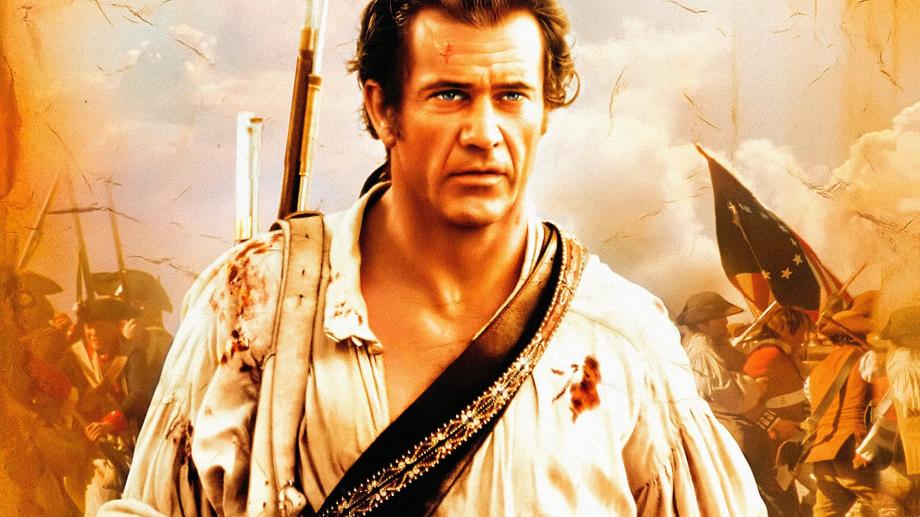 Plot: A widowed farmer, with a brave but brutal military past, decides not to join up when the British arrive in 1776. However, when his son enlists and is later captured by the enemy, the former soldier must abandon his new-found pacifist principles in order to rescue his oldest child, and forms a regiment of Carolina patriots, whose guerrilla tactics prove pivotal to the US war effort.

I feel like The Patriot starring Mel Gibson doesn’t get talked about much these days which is a shame as it’s one of Roland Emmerich’s best films; he is known for big budget disaster pictures but it’s easy to forget he made R-Rated fare like this and Universal Soldier.

Set during the American Revolution The Patriot is a fictional tale but certain characters are an amalgam of real people from that period making it feel like it could have happened.

I remember seeing this on the big screen back in 2000 and I’ll never forget how awesome the surround sound was; even in my old home theatre (which I don’t have anymore as I live in an apartment) the sound was incredible. The one scene which stood out was when Benjamin (Mel Gibson) goes after the British when the fiendish Col. William Tavington (Jason Isaacs) murders his son in cold blood. Benjamin and is two young sons follow them into the woods and take them out and the sound really creates the sense of panic the soldiers must have felt.

The Patriot doesn’t flinch away from the horrors of war and has some graphic moments of violence; the scene where the soldier loses his head from a cannonball had us all gasping in the cinema then towards the end when the other soldiers get their legs blown off is also a shocker. Benjamin hacking away at the British soldiers with his tomahawk when he unleashes his inner rage is brutally satisfying.

I love the scene earlier on when Benjamin has been trying to build a rocking chair but it falls apart so he loses his temper and throws it against the wall. Not only is it something we can all relate to but it also shows how much he is keeping his anger in.

The extended cut is only 8 minutes longer but several scenes are modified and you may have seen several as deleted scenes on the DVD. It’s mostly character moments like Heath Ledger’s Gabriel talking about Independence with his father and then his scene where he is touring the town is longer; he then returns to tell Benjamin the news that Harry Burwell is recruiting.

We also see an extra scene where Charlotte Selton (Joely Richardson) is informed that the children have arrived.

The sequence with the horse escaping is a little longer in this version as is when Benjamin and Thomas look over the battle field in front of the house.

The scene with the supposedly dead solider is a new addition as we discover he isn’t dead but unconscious.

One of my favourite little moments is when Tavington is staring at the fireflies and he catches one killing it; he is just born to kill and it’s like he can’t help himself.

There are several other scenes involving Heath Ledger so it’s nice to see him get a beefier role.

Abigale showing Charlotte their new quarters after the attack on the house is another welcome addition giving Charlotte more to do as a character.

None of these scenes drastically change the movie but it just gives us some more character moments that make everything flow better.

Mel Gibson is fantastic in this and after he loses his sons the grief on his face looks so genuine; I still tear up now when Ledger’s Gabriel gets killed as it’s even more poignant after he passed away.

Jason Isaacs as Tavington is one of the most underappreciated villains in cinema history and even though he is pure pantomime he is so hateful that you want to throw things at the screen. Isaacs is perfect at emanating cold, glacial menace and you want him to get a satisfying comeuppance which he thankfully does.

The supporting cast includes Donal Logue, Chris Cooper, Leon Rippy, Tchéky Karyo, Adam Baldwin and Logan Lerman all of whom are fantastic. Tchéky Karyo is perfectly cast as the flamboyant Jean Villeneuve who becomes one of Benjamin’s closest allies.

This movie may be nearly 3 hours but it never drags with Gibson at his absolute best and Isaacs being gleefully evil.

The battle scenes look fantastic and there is only some digital trickery which is barely noticeable. There is a sense of genuine scale and the finale is rousing stuff. This is helped by John Williams’ stirring, sweeping, heroic score with a memorable main theme which sticks with you long after viewing.

Overall, I love The Patriot even in its theatrical form but the extended cut just gives us some nice character moments that give it more emotional depth. The action is brutal and the battles are huge making this a movie that deserves more love.