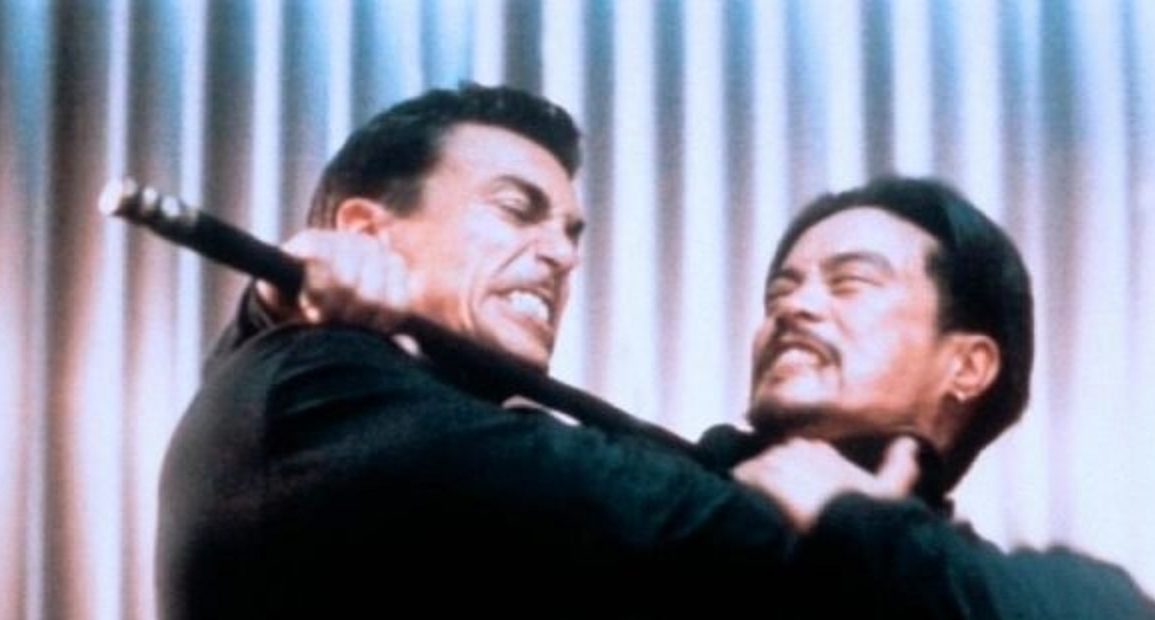 Plot: An ex-naval intelligence officer is forced to assassinate a CEO when his daughter is kidnapped by the Yakuza.

This is the kind of movie I love, where our hero is the invincible badass and kills anyone in his way as he seeks vengeance on the men who kidnapped his daughter! Daniel Bernhardt does his version of Commando with epic lines like “You think you can kill me?” *breaks bad guy’s neck* “No one can kill me!” If that’s not the kinda movie you like then you’d best move along.

True Vengeance brings nothing new to the genre but it just rockets along at a good pace and is packed with non-stop action.

There are some awesome fight scenes and this is arguably one Bernhardt’s best roles; I don’t know what it is about one man army movies, but they are my personal favourite genre as the action is just incredibly satisfying.

Director David Worth describes this as his tribute to Hong Kong action cinema and that is very evident in its style, with double gunplay and trenchcoats.

Having the Yakuza as villains is always interesting because of their rather odd code of honour; the main two villains “The Specialist” (Miles O’Keeffe) and Hidako Minushoto (George Cheung) are pretty nasty pieces of work. You’ll be throwing things as the screen especially at The Specialist who is wonderfully smug, but it’s a little disappointing that Minushoto is allowed to live at the end as I really wanted him to get his comeuppance; he does get his hand cut off though which is satisfying enough.

The climactic sword-fight is arguably the best scene but it’s hard to pick just one moment; Bernhardt’s fight with Leo Lee is another favourite.

It teases a potential sequel but sadly David Worth said to me a few months back that “the company behind the movie sadly went out of business so that was the main reason we never got a follow up. It was certainly open ended and could be brought back any time.” Perhaps now it’s time for Griffin to come out of retirement and take out the trash once more…

Daniel Bernhardt has had quite the career resurgence over the past few years since John Wick and it’s great to see him on the big screen especially in movies like Atomic Blonde as I always thought he deserved to be a bigger star.

Overall, True Vengeance isn’t anything all that original but it’s packed with action and Bernhardt proved he had the chops to be the next action hero with plenty of fights and R rated action making this a massively entertaining revenge flick.