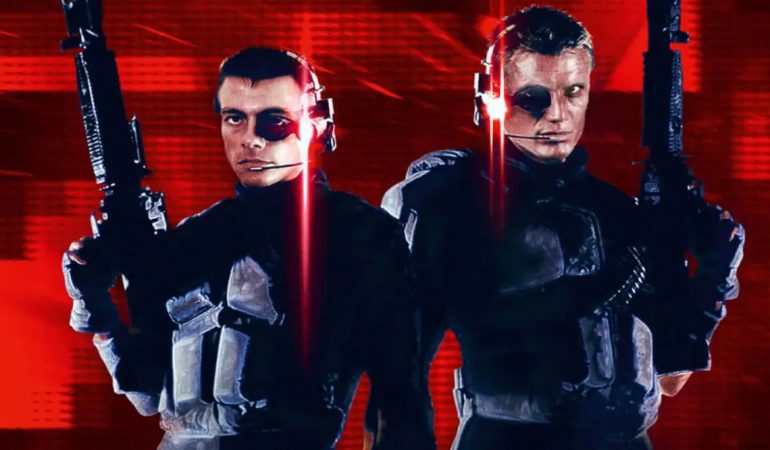 Universal Soldier still holds up as a hugely entertaining sci-fi action picture with Dolph Lundgren chewing the scenery in one of his best roles to date; JCVD is also sympathetic as Luc and the climactic fight scene remains one of my personal favourites. This 4K release is worth picking up for the audio commentaries and upgraded picture quality but the sound is a little flat and could be better.

Plot: During the Vietnam War, soldier Luc Deveraux (Jean-Claude Van Damme) finds that his superior officer, Andrew Scott (Dolph Lundgren), has turned violently deranged, and the two fight to the death. After their bodies are retrieved, they are placed into a secret program in which they are reanimated and trained to become unquestioning killing machines. While Devereaux and Scott initially have no memory of their former lives, glimpses of their pasts start to return, rekindling their intense conflict.

Review: I recently picked up the 4K of Universal Soldier so I thought it was time I did an updated review for the film as well as the 4K itself.

Universal Soldier was the first Jean-Claude Van Damme movie I saw in the theatre; I loved it then and I still do today and it remains one of my all time favourite JCVD pictures.

The story isn’t exactly anything new but it’s Dolph Lundgren vs. Jean-Claude Van Damme which already makes it worth watching and the final fight scene (climaxing in what remains the greatest villain death to date) is legendary. I love final fights that last 10-15 minutes in movies as I get more emotionally involved with them and as Andrew Scott is so utterly unhinged you count down until he gets his much deserved comeuppance.

Dolph Lundgren steals the show hamming it up as Andrew Scott and he’s clearly having a ball in the role; it’s a shame they took away his ear necklace and one-liners for later sequels Regeneration & Day of Reckoning; that really made the character stand out with choice dialogue like “I’m all ears!”

Despite providing many laughs Dolph still manages to be threatening in the movie and Andrew Scott is a wonderful villain so it’s no wonder they keep bringing him back.

Jean-Claude Van Damme plays Luc Deveraux as a man of few words but that plays to his strengths; he spends most of the movie trying to remember who he was and rediscovering his humanity. The alternate ending to the film is interesting as it shows that Luc is permanently put out of action and it has a far more somber tone; I prefer the theatrical ending as it’s a bit more feelgood and also kept it open for some sequels (some better than others).

Ally Walker is appealing as Veronica Roberts and while she starts off as a pushy reporter she ends up having a heart of gold and wants to help Luc discover the truth.

It’s well paced with regular fight scenes, explosions and shoot-outs never skimping on hard R violence with some good old fashioned brutal kills; that’s one of the best things about this series, rather than getting more commercial as it goes on like so many other franchises, it arguably gets more bloody (and weird)  in future entries.

Christopher Franke provides the score and although it is rather minimalist, it still works and there is an awesome piece of music during the airport scene that has a great memorable tune.

The previously released DVD has the alternate ending and some of the other features but at least on the various versions I have I’ve never had all the audio commentaries which alone make this worth picking up. A Tale of Two Titans features Dolph and JCVD discussing how they got their starts in the movie business and it makes for a fun and compelling watch.

In terms of the 4K quality, the picture looks faultless and has been nicely remastered but I wasn’t overly impressed with the audio which still sounds a little flat even when turned up loud. Here’s hoping it gets a proper upgrade in the future…

Overall, Universal Soldier remains one of my favourite JCVD movies, but also one of Dolph Lundgren’s best with his scene stealing turn as Andrew Scott. The action scenes still hold up and the climactic fight is a classic. The 4K is worth having for the audio commentaries and the clear picture quality but it’s let down by the audio which frankly sounds better on the Blu-ray.