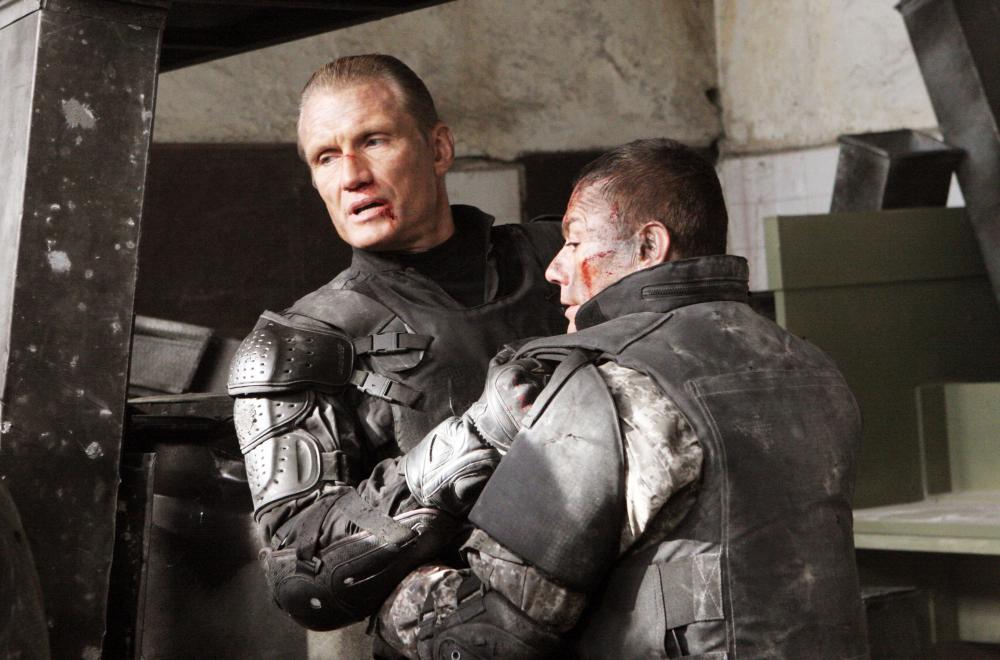 Universal Soldier: Regeneration was a pretty barnstorming return to form for the franchise and is one of Van Damme’s best movies of the past decade. As much as I enjoyed Day of Reckoning, it’s a shame it didn’t really follow on from this story and was more of a standalone feature.

Plot: When terrorists threaten nuclear catastrophe, the world’s only hope is to reactivate decommissioned Universal Soldier Luc Deveraux. Rearmed and reprogrammed, Deveraux must take on his nemesis from the original Universal Soldier and a next-generation “UniSol”.

Review: I think we were all surprised when Universal Soldier: Regeneration came out; after the lacklustre Universal Soldier: The Return, the franchise seemed pretty much dead. Then Director John Hyams (son of legendary director Peter Hyams) came along and injected it with a whole new energy.

We’ve got Jean-Claude Van Damme and Dolph back and kicking ass in this hard R actioner but they surprisingly, are almost bit-players in the movie.  The story focusses more on a group of soldiers trying to infiltrate the terrorist’s stronghold. We are introduced to a new model of Universal Soldier with Andrei Arlovski who barely speaks but by God, can the man fight.

The fight scenes are excellently staged, with no shaky cam and Arlovski beats the living Hell out of all who get in his way. His Uni Sol is an unstoppable killing machine and is genuinely scary. You just know, if you came up against him you’d be choking on your own teeth within 2 seconds.

When the military team eventually fails, it’s up to Luc Deveraux to save the day and JCVD gets to kick some serious ass; that’s when it really kicks into high gear.

Despite the original’s more sci-fi leanings “Regeneration” feels gritty and real with visceral and disturbing fight scenes. The violence isn’t glorified or fun looking but nasty and painful (as it should be).

The film is well paced with plenty of tension and opens with a cracking car chase/shoot-out.

JCVD does look weird in it though; his eyes look dead and he doesn’t exactly exude personality but that is the character, I guess. Luc is now quite difficult to sympathise with as he has practically lost all of his humanity; the scene where he beats a stranger nearly to death is pretty disturbing and really made me think “What the hell happen to you, Luc?”

After all the mental turmoil he goes through though, he still comes out a hero in the end after some spectacular battles.

The score is sparse and barely noticeable and it actually really helps it; the fact that it doesn’t need music demonstrates how involving the action really is.

Overall, Universal Soldier: Regeneration was a pretty barnstorming return to form for the franchise and is one of Van Damme’s best movies of the past decade. As much as I enjoyed Day of Reckoning, it’s a shame it didn’t really follow on from this story and was more of a standalone feature.