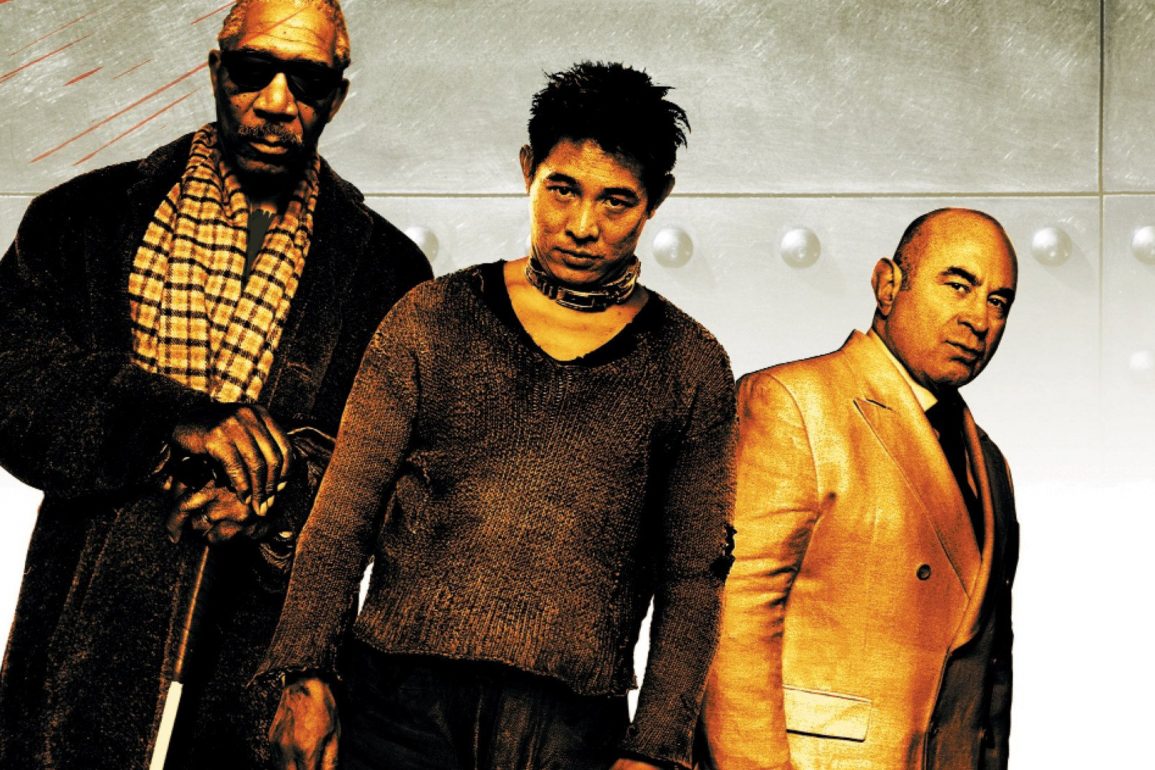 Unleashed is an original concept with great fights, likable characters and great performances. Definitely check it out but don’t expect to feel good afterwards.

Plot: Crime Boss Bart (Bob Hoskins) raises orphan Danny (Jet Li) with no knowledge of anything other than how to fight, using him as an enforcer when debts must be collected. Planning to enter Danny into a fight tournament and retire with the prize money, Bart disappears after a deadly drive-by shooting. Danny flees and takes shelter with kindly piano tuner Sam (Morgan Freeman). Away from Bart’s abusive control, Danny learns how to live like a human and begins investigating his past.

Review: I remember being so excited when this first came out because it was shot almost entirely on location in my hometown of Glasgow. Alas, they managed to make it look like the most miserable, depressing hole on the planet… but it’s still cool that it was shot there.

Unleashed has a great cast including Jet Li, Bob Hoskins and Morgan Freeman. The late, great Hoskins is the Devil himself in this movie; just when you think he might not be all that bad, he does something terrible. He’s pure evil and every moment he’s on screen oozes tension. This is one of my favourite roles of his as he’s just a heartless bastard.

Morgan Freeman is always great but I just loved him in this role as the blind piano tuner Sam; he’s a straightforward, likable character who helps Danny rediscover his humanity.

The storytelling is fantastic and the journey Danny goes through is moving and gripping. Admittedly the pace slows down a little in the mid section, but you need to tell the story and give the characters time to develop. Director Louis Leterrier does just that; after an ass-kicking opening 15 minutes where Jet Li beats up everyone in Glasgow we get to see how he is basically treated like an animal and how he becomes more human… which requires him to beat up more people!

The film is shot with a sort of grimy style and really doesn’t do Glasgow any favours and it all feels very depressing, but thankfully it does turn out well.

The score by Massive Attack really adds to the griminess too with an industrial modern sound, which is awesome.

The fight scenes are brutal and shot with ruthless efficiency; Jet Li has rarely been better and this role also shows his acting skills.

Overall, Unleashed is an original concept with great fights, likable characters and great performances. Definitely check it out but don’t expect to feel good afterwards.