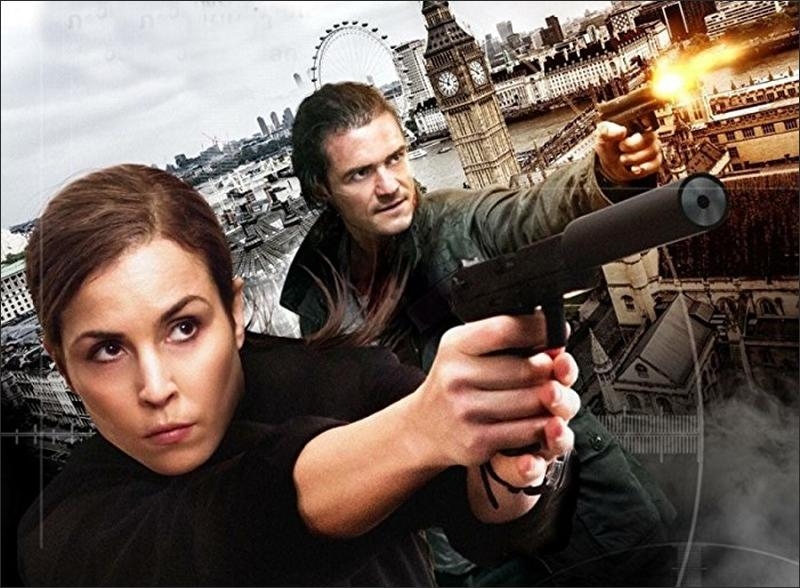 Unlocked lacks spectacular set-pieces but the cast alone make it worth viewing and I do enjoy Noomi Rapace kicking ass as she has become quite the action star of late.

Plot: After failing to apprehend the terrorist behind a Paris attack that claimed dozens of lives, CIA agent Alice Racine is forced to live in London as a caseworker. Her mentor unexpectedly calls her back into action when the CIA discovers that another attack is imminent. Alice soon learns that the classified information she’s uncovered has been compromised. Running for her life, she turns to a former soldier to help her prevent a lethal biological attack on the citizens of London

Review: It’s hard to believe Unlocked essentially went straight to Netflix considering its cast includes Noomi Rapace, Toni Collette, Michael Douglas, Orlando Bloom and John Malkovich. It’s the type of twisty-turny spy thriller I adore and constantly keeps you on your toes as you aren’t sure who can be trusted.

Noomi Rapace is one of my favourite female badasses working today and manages to be vulnerable and sympathetic while also being someone you don’t want to mess with. She is made for the role of Alice, a CIA agent who blames herself for a bombing in Paris she was unable to prevent so she is reluctant to come back onto the field once again. But duty calls and her particular set of skills are required when a new threat rises and Alice needs to stop a bomber from detonating a device during an American Football game in London.

Unlocked is a tense affair and although it lacks big set-pieces it’s grounded and fast-paced with some good fight scenes especially one between Rapace and Bloom which was a highlight.

John Malkovich is at his wiseass best as the CIA head who just seems to shout at everyone. The performances by the cast are all first rate keeping this a classy and exciting action film. We see Orlando Bloom in the kind of role he has rarely played before and he surprisingly suits it as you aren’t quite sure if his character can be trusted as something just seems immediately off about him.

My only real gripe is the revelation about who the real villain is you can see from a mile off early on in the film.

It sets up the character of Alice for future adventures which we sadly most likely won’t get as I’d love to see her kick more ass in the future.

Overall, Unlocked is a breezily paced spy thriller that deserved better than the fate it was given; the cast alone makes it a must-see but it’s also not short on action and highly recommended. It’s not change-your-life stuff but it’s a fun way to spend 90 minutes.