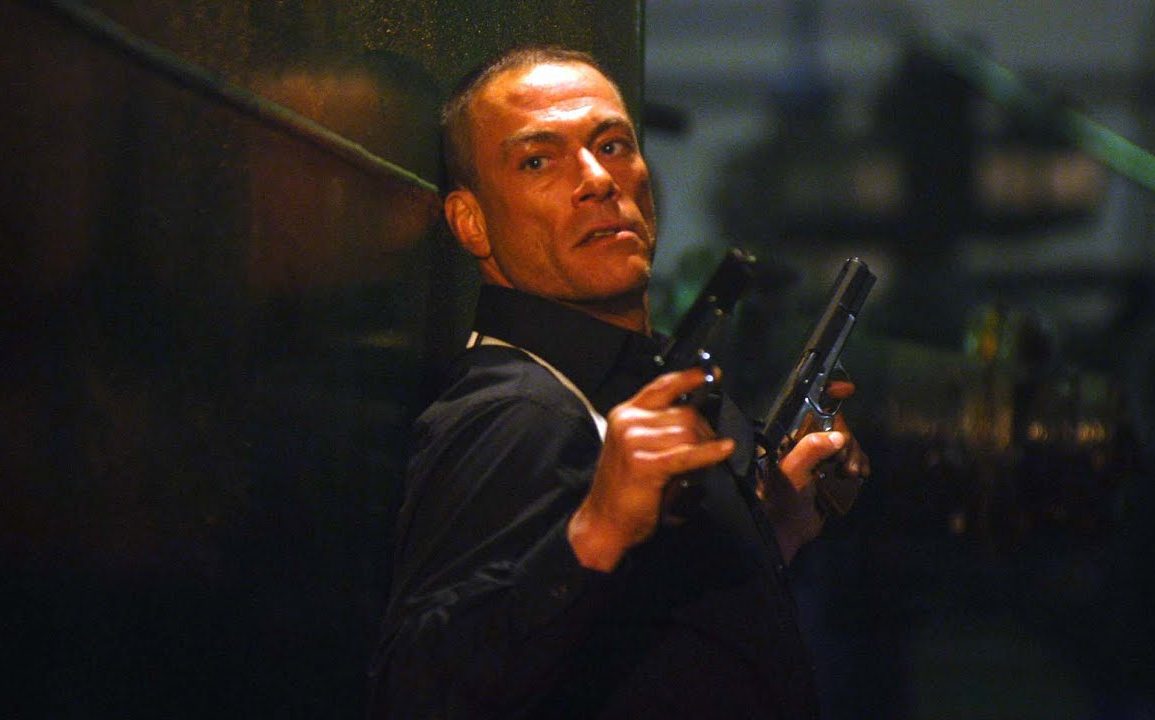 It’s been a while since we talked about Jean-Claude Van Damme on the site so I wanted to look back at two of his more underappreciated movies from the 2000’s – Until Death and Wake of Death. Both are gritty, dark tales but which is better? Let’s take a look and see.

Plot: Anthony Stowe (Jean-Claude Van Damme) is a drug-addicted detective teetering on the edge. He shows little regard for his fellow cops, ratting out a respected veteran who takes him to task shortly before he’s fired. All Stowe cares about is putting away drug-dealing former cop Callahan (Stephen Rea), who is taking over New Orleans’ underworld. But Callahan’s henchman (Stephen Lord) puts Stowe in a coma, and after he awakens, he realizes it’s more important to redeem himself and get off drugs.

It had been a few years since I had watched Until Death and to this day it arguably remains JCVD’s darkest role. He plays Anthony Stowe, a corrupt cop with few redeeming features that is until his past catches up with him and het gets shot in the head; this doesn’t kill him however, it just puts him in a coma for several months and when he wakes up he wants to set right all the wrongs he has committed.

It’s funny though, that I wouldn’t really consider this an action movie as there aren’t that many set-pieces; you could say it’s almost more of a love story and the heart of it is Stowe reuniting with his estranged wife.

It certainly isn’t dull and we do get a few fights and a decent shoot-out at the end; I like how merciless Van Damme is in this movie especially when he finds the man who killed his friend Chad – “Chad forgives you – I don’t!” and then shoots him in the head.

Stephen Rea always makes for a hateful bad guy and Callahan is the lowest of the low; I wish he had more to do as he is more of a peripheral character but this tale is about Stowe trying to redeem himself. The film has a happy ending with Stowe reuniting with his wife and they have a baby but sometimes I wonder did he deserve that? After all the bad things he did he probably should have died (or gone to jail) but then the movie would have left you with nothing. JCVD’s movies around this time were the grimmest of his career with this, Wake of Death and In Hell all proving suitably gritty and at times disturbing.

Overall, Until Death is one of Jean-Claude Van Damme’s more underrated movies; it may not be big on action but it’s an entertaining character piece with Van Damme giving one of his best performances especially in the first half.

Plot: When Ben Archer (Jean-Claude Van Damme) decides he wants out of the organized crime world, he moves to America with his wife, Cynthia (Lisa King), and son, Nicholas (Pierre Marais). Cynthia brings home a rescued Chinese girl who she turns out to be the daughter of Triad kingpin Sun Quan (Simon Yam), who murders Cynthia and takes the girl and Nicholas. Rekindling his old mob connections, Ben embarks on a bloody vendetta to save the kids and punish Quan for his wife’s death.

Wake of Death has become a fan favourite over the years and it’s easy to see why; it’s a stylish noir movie which is incredibly violent and Van Damme looks the coolest he has for some time. Considering this was straight to DVD the visuals are quite mesmerizing giving it an almost arthouse feel and it’s quite different from Van Damme’s usual fare.

Simon Yam is at his villainous best here as Sun Quan who is a complete psychopath casually slitting throats like he’s opening Christmas presents. His henchman Han (played by Philip Tan) is wonderfully smug and barely even speaks but you still hate him every moment he is on screen.

Tony Schiena is awesome as Ben Archer’s friend Tony (original name) and his final showdown with Han is as brutal as it gets.

This movie like Until Death takes itself very seriously with little in the way of levity and it’s one of Van Damme’s most violent movies to date. I have the Black Edition Blu-ray from Germany and it has a few extra minutes mostly of violence especially the power drill scene which is incredibly disturbing.

Sometimes the style does intrude on the action with too many quick cuts but it works for the film and unlike Until Death this has no shortage of action scenes with fights and shoot-outs as well as violent deaths all round keeping things well paced.

JCVD himself gives an excellent performance coming off as someone who is genuinely grieving after the slaying of his wife (which is another scene that sticks with you).

Overall, Wake of Death is one of JCVD’s best films of the 2000’s where once again he gives a great performance and it’s a movie I’ve watched several times where I’ve only watched Until Death twice.

For me the choice is easy – Wake of Death as I find it has more action and a sense of style you rarely see in a straight to DVD movie. It has some impressive action scenes and strong performances especially from JCVD. You also can’t go wrong with Simon Yam as a villain. Until Death is still an excellent film but which is your favourite?