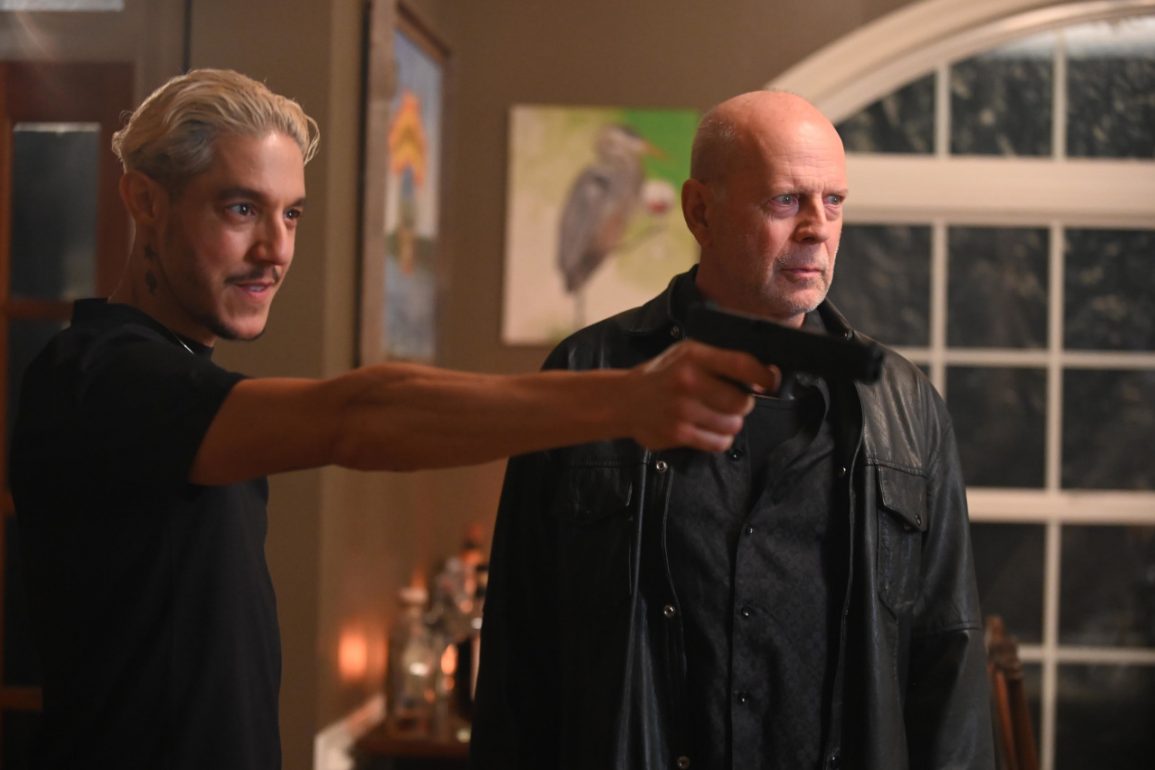 Vendetta is generic stuff and hardly reinvents the genre but it’s elevated by Theo Rossi’s sinister turn and Clive Standen makes for a sympathetic protagonist; there are some brutal kills and it’s well paced making it worth a rental.

Plot: When his daughter is brutally murdered and legal justice looks unlikely, William Duncan takes the law into his own hands, setting out on a quest for retribution. After killing the street thug who was directly responsible for her death, he finds himself in the middle of a war with the thug’s brother, Rory Fetter, and his gang, who are equally hell-bent on getting even for their fallen member. What ensues is a tense back-and-forth game of one man’s thirst for vengeance over another’s. William comes to find that the quest for revenge always has the same ending.

Review: We all know that Bruce Willis is retiring from acting soon making Vendetta one of his final films and it’s also one of his better entries of late; he stars alongside Clive Standen, Theo Rossi, Mike Tyson and Thomas Jane. It’s generic stuff and doesn’t bring anything new to the revenge genre but the cast give their all and Theo Rossi lights up the screen as the unhinged Rory Fetter. He is almost Joker-esque in the way he laughs all the time but it’s out of sheer malevolence where he feels no remorse for any of his crimes; Rory is just a monster that needs to be put down.

Clive Standen plays the everyman William Duncan very well making for a sympathetic protagonist who we root for all the way; he goes through so much trauma in this movie and we can’t wait for him to give Rory and his family what they deserve. Bruce Willis can be intimidating when he’s a villain and he’s especially nasty in this too; when we are introduced to him he is beating a man nearly to death and then he shoots him in cold blood so there is no redemption for this character. None of the Fetter family deserve mercy as they are a blight to the world so when they kill William Duncan’s little girl they inadvertently start a war that could destroy them all.

It’s an intense 95 minutes and although it feels familiar Vendetta still manages to entertain due to the solid performances and moments of shocking violence.

Thomas Jane provides a few laughs with a couple of funny lines but it’s also the fact that he smokes a pipe every second he is on screen making him that bit more quirky; Mike Tyson is really an extended cameo so his role isn’t especially significant and I wish we got to see him beat more people up.

Speaking of which, in terms of action we get some bloody kills, a few fights and shoot-outs but nothing spectacular; this is lower budget but it keeps things more intimate and gritty. If you’ve seen Death Sentence from James Wan then you’ve pretty much seen Vendetta as they are nearly the same film.

Overall, Vendetta may not be anything new but I do enjoy revenge movies and Theo Rossi makes for one of the most hateful villains of the year; it clearly doesn’t have a huge budget but it gets the job done and I was emotionally engaged with the story.