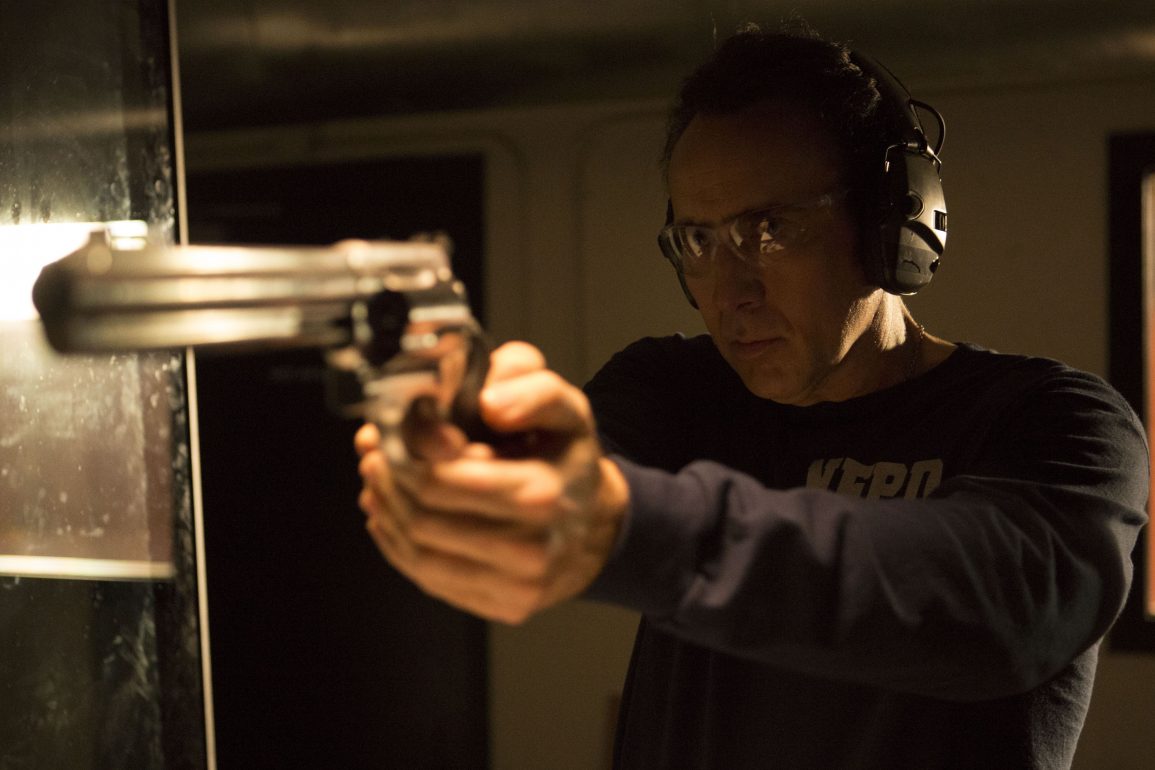 Vengeance is harrowing and not an easy watch but Cage gives one of his better performances and it makes for a mostly satisfying experience. I wouldn’t watch it again though.

Plot: Single mother Teena is brutally assaulted by a local gang in front of her 12-year-old daughter Bethie. Despite Bethie being able to identify the attackers, the defense hires a local hot-shot defense attorney who manipulates the law to their advantage. When the criminals are set free, Gulf War veteran and detective John Dromoor is dismayed by the lack of justice and plots revenge against the men on Teena’s behalf.

Review: I love me some Nicolas Cage; even when he’s doing his “Batshit Crazy Cage” roles he is always entertaining on screen.

Cage stars in this gritty rape/revenge tale based on the book of the same name and it’s one of his more serious and somber roles; at no time does he scream or shout or even mildly freak out. It’s almost like he’s been drugged as he just tends to stare into the distance or look disturbed/confused.

It’s essentially Death Wish again (complete with nasty rape scene) so it’s a tough watch and not exactly packed with action but the atmosphere had me engaged (enCaged?) throughout and watching rapists get killed is always pretty satisfying. The kills are admittedly all a bit samey and they only get shot rather than having a blowtorch taken to them… which is what they truly deserve.

It has that 70’s vibe so like I said it’s reminiscent of Death Wish but rather than New York City the action is in Niagara Falls which isn’t exactly painted as a nice place to live.

Acting-wise, aside from Cage looking a little out of it I think Talitha Bateman who plays young Bethie does a fine job as a child who has witnessed too much horror but tries to keep her mother going after her assault. She manages to avoid being the “annoying child” character and is very sympathetic.

It must have been tough for Anna Hutchison who plays Teena to have to act out the scenes that are in this movie but she also gives a haunting performance as she struggles to get over her attack.

Don Johnson is hilariously over the top as the motorcycle riding sleazeball lawyer who tries to get the rapists off but finds his job a little harder when they start dying or disappearing.

The ending is a little underwhelming and this is really more of a character piece but there was enough revenge happening to keep things moving.

Overall, Vengeance: A Love Story has Cage on rare controlled form but I just wanted him to freak out at some point; instead he stayed remarkably calm and gave one of his better recent performances. It’s a harrowing watch but once that scene is out of the way then you can sit back and watch bad people get what they deserve. It’s on Netflix just now so I’d maybe give it a watch once.