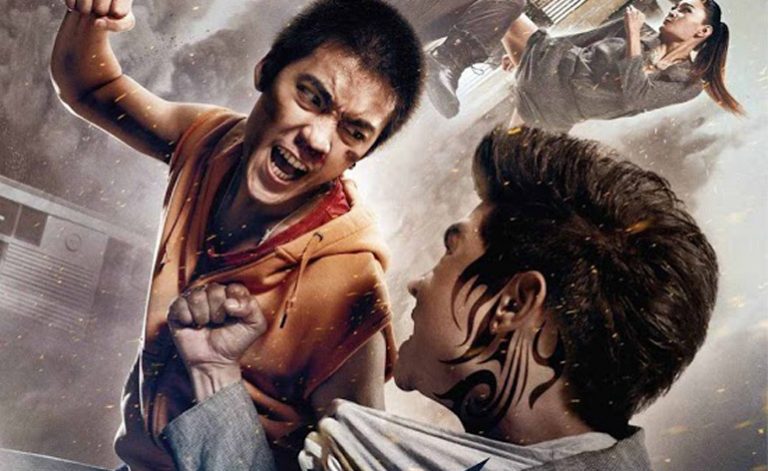 Vengeance of an Assassin (2015) Review

Vengeance of an Assassin is a near classic with some stunning action sequences and a breakneck pace but it’s let down by the train scene and its terrible effects.

Plot: The Assassins’ Code – Stick to the mission. Never take your eyes off the target. Show no mercy. Natee (Dan Chupong) became a killer for one reason- to discover who killed his parents. As he gets closer to uncovering a secret network of power and corruption, he’s double-crossed on a job, making him a target and putting everyone he loves in danger. Betrayed, exposed, and hunted by the deadliest killers in the business, now Natee has a new code. Be faster. Stronger. Hit harder. Survive.

Review: Vengeance of an Assassin was very nearly one of the all-time greatest action movies; the first half blew me away with incredible action sequences and hilariously violent bad guy deaths. At one point someone gets thrown head first into a fan and another goon gets a licence place from a car embedded in his arm.

The action was incredibly imaginative and it grabs you from the innovative opening sequence which finally makes football/soccer an interesting sport.

There is a stunning shoot-out scene in a restaurant where we only see the assassin’s legs and it’s all done in one take. It’s brutally effective and is one of the best scenes of the movie.

Dan Chupong is likeable yet totally badass but also pretty invincible too; at one point you are convinced he’s dead and yet… he lives.

The cast in general are adequate and the story is quite moving in parts and you sympathize with the two brothers who want justice for the parent’s murder.

The villains are enjoyably evil and watching them get their comeuppance is all the more satisfying.

I really must draw your attention to the most random owl in cinema history; yes, that’s not a typo. There is a moment when one of the villains is about to shoot our hero but thankfully an owl flies in front of them. No wonder Harry Potter is such a fan…

Late great director Panna Rittikrai previously worked with Tony Jaa on Ong Bak 2 and 3 so he’s no stranger to action and this movie is a fitting epitaph.

It’s not perfect though; it’s all quite ludicrous with moments that defy belief but the one scene where the movie is really let down is the train sequence. It’s meant to be the big exciting set-piece but the effects are so terrible that it ruins what would otherwise be an instant classic.

There are some jaw dropping practical effects and stunts in the movie so it’s all the more disappointing that they dropped the ball with this scene, which feels totally out of place with the rest of the film.

Overall, Vengeance of an Assassin is a near classic with some stunning action sequences and a breakneck pace but it’s let down by the train scene and its terrible effects.