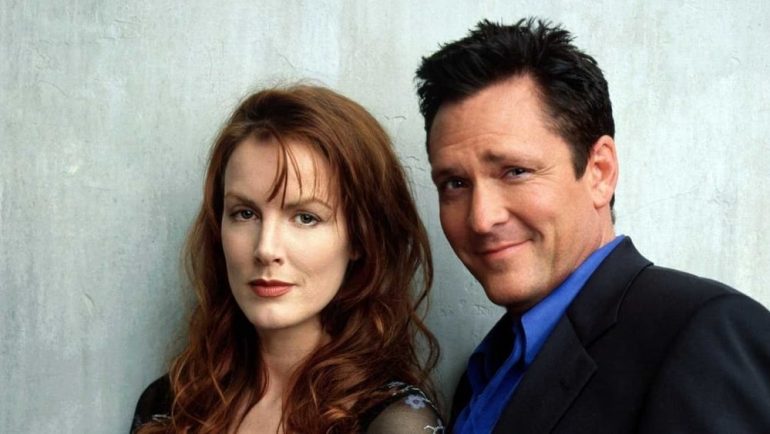 Vengeance Unlimited is another show that got taken off air before its time but I always enjoyed it and would happily see it get a reboot (with Madsen still the lead) but with extra violence and an even darker tone. Some of it is a little dated but for the most part it still holds up as a satisfying watch.

Plot: The mysterious Mr. Chapel (Michael Madsen) is a man out to obtain justice for the wronged. He adores children and loves chocolate and detests crime and injustice. The victim of a heinous crime in the past, Mr. Chapel pledges to defend the defenseless at any cost.

Review: I always thought this show was rather underappreciated and it only got 16 episodes but perhaps society at the time wasn’t ready for it.

It’s funny how critics got all upset by how violent the show was proving that professional critics have always been a bunch of fucking pussies. The violence in this show is pretty quaint by today’s standards and I feel like it could use a comeback with a modern twist. Imagine it on Netflix without the constraints of a TV friendly rating; you could add extra violence to upset even more critics, stick in some nudity and you’ve got a winner on your hands.

Vengeance Unlimited was sort of like The Equalizer (and maybe Dexter) with one man out to correct injustices perpetrated on the innocent. Michael Madsen is always just oozing cool no matter what the role so he was perfectly cast as the menacing but strangely amiable Mr. Chapel.

Each episode is well paced and there are some nice set-pieces with quickfire dialogue; the script still holds up and although at times it feels a little 90’s Vengeance Unlimited still entertains.

Mr. Chapel uses his previous clients as helpers with Kathleen York becoming his unofficial assistant KC Griffin. As the series progresses, we find out that Mr. Chapel has his own tragedy which is why he works in the business he does.

The cast is filled with action movie favourites like Cary-Hiroyuki Tagawa, Brion James, Rex Linn, Tobin Bell, Ray Wise and Al Leong so it’s still a fun watch for fans like us.

Overall, Vengeance Unlimited deserved a few more seasons as I really liked the concept and found Michael Madsen magnetic as Mr. Chapel. Some of it may seem a little dated by now but for the most part it still holds up as an entertaining revenge fantasy.