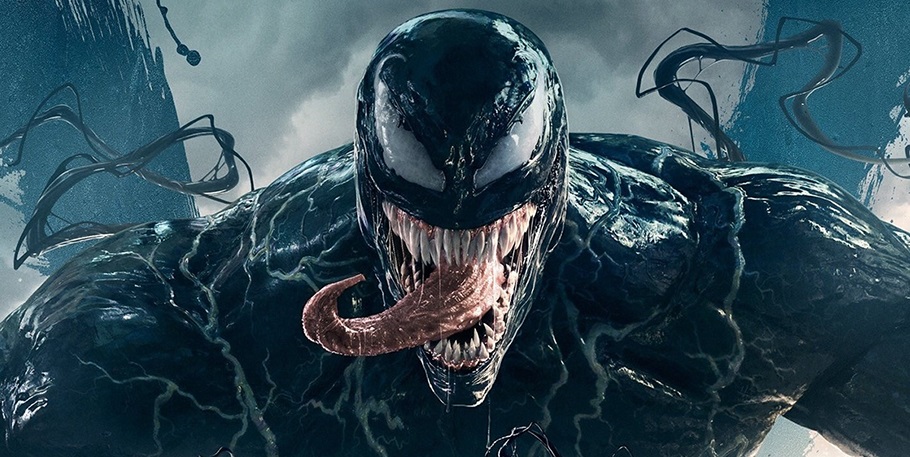 Venom was nowhere near as bad as I expected and had some really entertaining humour and impressive set-pieces. Comic book fans will likely hate the lack of Spider-man but if you can get over that you can enjoy the film for the escapist nonsense it is.

Plot: Journalist Eddie Brock is trying to take down Carlton Drake, the notorious and brilliant founder of the Life Foundation. While investigating one of Drake’s experiments, Eddie’s body merges with the alien Venom — leaving him with superhuman strength and power. Twisted, dark and fueled by rage, Venom tries to control the new and dangerous abilities that Eddie finds so intoxicating.

Review: The critics have been pretty savage towards Venom and even the trailers hadn’t quite grabbed me; I thought the character of Venom looked the part but I couldn’t understand what he was saying so I went into the movie with low expectations.

I gotta say though that I didn’t find myself hating the movie; in fact I had a lot of fun.  I know fans won’t like the fact that Spider-man isn’t in it as he is key to the whole character of Venom/Eddie Brock but I knew that in advance so I just went in expecting some moving wallpaper for a few hours and it did the job.

Tom Hardy made Eddie Brock more sympathetic than we’ve seen him in previous incarnations and the first half of the movie is about his fall from grace from a star reporter who has everything but after a very silly decision he loses everything (including his soon to be wife played by Michelle Williams). I thought they had chemistry together on screen and found Williams very appealing as she worries about Brock’s changes as the symbiote takes over.

I had read before that Venom was only in the movie for 5 minutes but that simply isn’t true and he has plenty of screentime. It does admittedly take a good while for him to appear making the first half a little slow in parts but once he makes his entrance the fun begins.

Venom’s voice was thankfully more coherent than the trailers led me to believe and I understood him just fine for the most part.

In terms of action there is an awesome car/motorbike chase through the streets of San Francisco which was the highlight of the movie for me. I saw it in IMAX 3D however, and at times during the climactic CG-filled battle it got a little blurry and I couldn’t see what was going on.

When we heard a while back that the movie had lost its R rating I think we were all a little disappointed and you can tell the red stuff was cut as it’s a pretty bloodless affair. It would be good to get an Unrated Director’s Cut on Blu-ray so we can see the film he envisioned but it’s doubtful.

Riz Ahmed was an entertaining Bond style villain who enjoys testing the symbiotes on human subjects so he’s pretty nasty and Riz is clearly enjoying such a playful role.

A lot has been said about the script and although it isn’t amazing I’ve seen plenty worse. “Pussy” is one of my favourite lines of the year and the film never lost its cheeky sense of humour. We really grow to love Venom as Eddie and the symbiote bond providing several laughs with their back and forth banter. My audience seemed to enjoy the movie too despite what everyone had told us in advance.

A big thank you to my friend for ruining the post-credits scene the other day which I won’t do here; however, there are two scenes so make sure you go to the bathroom before the film as the end credits are the longest of all time.

Overall, Venom isn’t quite as terrible critics say; it isn’t an amazing film by any stretch but interesting things are promised for future entries so let’s see if we get a sequel without the balls cut off…