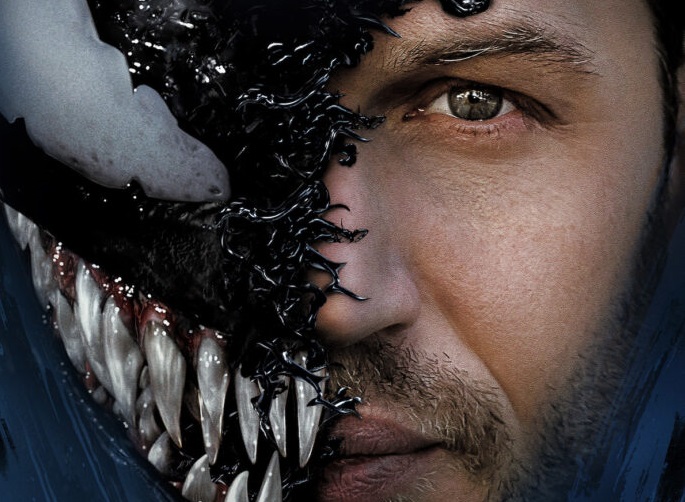 Venom: Let There Be Carnage isn’t a great movie by any stretch of the imagination but I’d be lying if I said I didn’t have a blast with it; there were some nice moments of humour as well as horror and action making for a fun (and short) escape from reality.

Plot: Eddie Brock attempts to reignite his career by interviewing serial killer Cletus Kasady, who becomes the host of the symbiote Carnage and escapes prison after a failed execution.

Review: Despite not getting great reviews the 2018 Venom movie starring Tom Hardy was a huge success and when Cletus Kasady (Woody Harrelson) was introduced in the post credit scene we knew a sequel was inevitable. I’ve only ever watched it once but remember enjoying Venom for the ridiculous nonsense that it was, and this follow up titled Let There be Carnage is every bit as silly but I think I liked this one more.

It has just the right amount of comedy, strangeness and horror and I wouldn’t be surprised if there is an unrated director’s cut coming to Blu-ray as some of the violence felt cut; it still had some dark moments and pushed the boundaries of the rating but would more violence really make it better? I’ve read that a lot of fans thought this should be R-rated but I still enjoyed what we got and upping the gore won’t make for a great film.

Woody Harrelson never phones it in and even manages to nearly make us sympathise with Cletus even though he’s a killer. Tom Hardy makes Eddie an appealing loser who needs Venom (and vice versa) to reach their potential as a “Lethal Protector”. I do sometimes struggle to understand what Venom is saying so this will benefit from subtitles when it hits home video. I do love the voice for Venom however, and it reminds me of the old Playstation videogame I had when Venom would sing Itsy Bitsy Spider while fighting Spider-Man.

I’m still trying to get over that it was Naomie Harris (Moneypenny) who played Frances Barrison as she was practically unrecognisable. I liked how she and Cletus were genuinely in love and it was an interesting dynamic that the two bad guys could find love whereas the protagonist was unlucky in that department.

I have to give credit to director Andy Serkis who manages to keep the movie a tight 90 minutes rather than an overlong 2 and half hour slog like most other superhero movies these days. The visual effects may be CG but they are well done and believe it or not I have no complaints in that department.

Marco Beltrami’s score wasn’t especially memorable but it had some epic choirs during the final showdown and worked for the movie just fine.

In terms of action Venom and Carnage’s final battle is satisfying but it did feel too similar to the end of the first film. Maybe for the next one if we don’t have another symbiote as the bad guy we could do something different but obviously we had to get Carnage in this movie. I thought he looked awesome and the scene where he is first unleashed in the prison was quite nightmarish.

Be sure to stay for the post-credits scene as it’s a doozy and one of the highlights of the entire film.

Overall, Venom: Let There Be Carnage is utter silliness so if you hated the first movie (or comicbook movies in general) then this likely won’t change your mind but I thought this was the better entry with a cast all playing it straight and embracing the madness. It has a quick runtime and has some laugh out loud moments as well as some horror elements and fun (if familiar) action scenes.