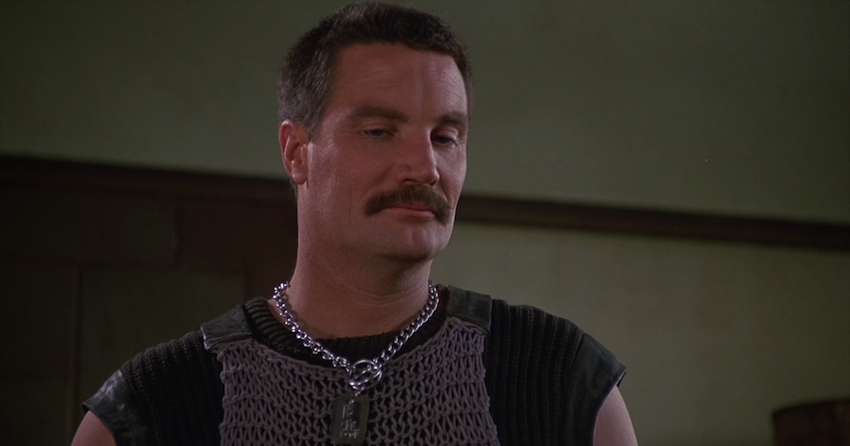 To action fans Vernon Wells is a man who needs no introduction; he was Bennett in the Arnold Schwarzenegger classic Commando, Wez in The Road Warrior but he also has a meaty (ahem) role in the new action horror flick The Horde where he plays one of his nastiest villains yet.

We got to have a quick Q and A with the man himself about the Horde but also how he feels about Commando over 30 years later.

In The Horde you get to play arguably one of your nastiest villains yet with the character Earl, what made you want to sign on?

It really was the perfect blend of action and horror; it would be cool to see a prequel focusing on you and the mutant family. Would you be interested in returning to that world?

How would you describe director Jared Cohn’s filmmaking style?

“I found him very much an Actors Director he allowed you to create and develop all the things you wanted to bring to the table .”

Was there any improvisation on the set and do you like to have some input into how to make a scene better?

What’s the appeal of playing a villain?

“A villain is not an extension of you it is something you create for the role so you can take it as far as you need to make it work without it affecting your day to day existence.”

Following on from that what do you think makes an entertaining bad guy?

Has there ever been a role you were offered which went too far and made you think “I’m not doing that”?

Commando recently celebrated its 30th birthday; what are your feelings on the movie now and what do you think makes it such a classic to genre fans?

“Commando came along at the rite time it was so over the top that it was great. You could repeat the one liners and love the end fight scene. It was a wonderful 80s movie it will always be fun to watch and remember (Let off some steam Bennett)”

Thanks very much for taking the time to answer our questions and good luck with your future projects.