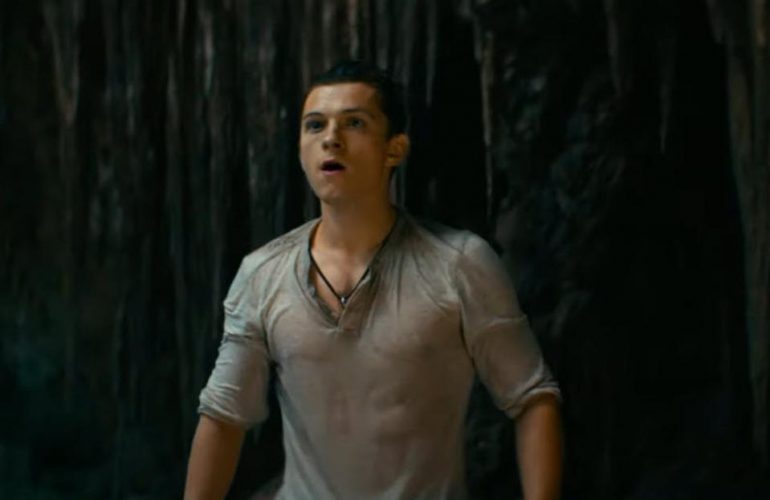 Video Game Films for Gamers: The Best Movies to Keep You Entertained

Video game adaptations can be hit-and-miss. Some are great, and some are really bad. If you’re a gamer, you know this to be true. However, there are actually quite a few decent video game films if you know where to look. And if you’re tired of searching Netflix or reading articles about which new film is coming out and whether they’ll be good or not, let us help you save time by listing the best video game movies you can watch to keep yourself entertained when you need a gaming fix, but you’re not in the mood to play.

Werewolves Within is based on the popular game from Red Storm Entertainment. This mystery comedy horror film is a fantastic film to watch when you’re looking for lighthearted entertainment with classic horror vibes. In this film, we follow a new arrival to the small town of Beaverfield, Finn Wheeler (Sam Richardson), who is set to be the new forest ranger. Soon after his arrival, he is trapped with others from the town inside the local inn during a snowstorm following an unsettling discovery. With the help of the postal worker Cecily Moore (Milana Vayntrub), the two try to reveal the truth of the mysterious killings threatening the community of Beaverfield.

Tomb Raider is based on the popular video game franchise of the same name. The film follows Lara Croft, an English explorer who is searching for the truth surrounding her father’s disappearance. She hires the help of Lu Ren to take her to a mysterious island off the coast of Japan. Things don’t go to plan as the pair are shipwrecked and separated. Lara continues her journey to uncover the truth and find a way home while fighting to survive against the corporation occupying the island. This film is directed by Roar Uthaug and stars Alicia Vikander as Lara Croft, Daniel Wu as Lu Ren, Dominic West as Richard Croft, and Walton Goggins as the antagonist, Mathias Vogel.

If you’re a fan of video game films, you’re probably familiar with the fact that there have been two previous film adaptations of Tomb Raider, both starring Angelina Jolie. This first was released in 2001 and the second in 2003. In fact, the Tomb Raider franchise is so popular that it has become the theme of many other products, including online casinos where fans can get a different kind of thrill playing themed games from one of the top casinos you can find on OnlineCasinos.

Who doesn’t love Pokémon? This live-action film will be a dream come true for 90s kids, who will get the chance to see their favourite childhood game come to life. The plot revolves around a talking Pikachu solving a mystery alongside a young boy who helps him alongside Lucy Stevens and her Psyduck Pokémon companion. It has a surprisingly decent rating on Rotten Tomatoes, and it’s a nice alternative to the usual Pokémon films that are targeted towards younger kids. It’s lighthearted, and it’s not overly cheesy, which is a plus. While it’s not based on any specific game, if you want to see some lighthearted Pokémon action, this is the film for you.

Fans of the “Uncharted” game series have been waiting for a film adaptation for years now. The film follows Nathan Drake, played by Tom Holland, who is recruited by Victor Sullivan, played by Mark Wahlberg, an experienced treasure hunter who wants to find the treasure amassed by Ferdinand Magellan. The treasure was lost by the House of Moncada 500 years ago, and what starts as a simple heist becomes a white-knuckle, treacherous ride to recover the prize before the ruthless competition. Directed by Ruben Fleischer, this film is an exciting adaptation of the popular game franchise.

The hugely popular fighting game “Mortal Kombat” has spawned a couple of films already, but this one will be the first to be made since 1997. The original films, although featuring some great actors, were panned by critics and fans alike, with the first film receiving 45% and the sequel receiving a meagre 4% on Rotten Tomatoes. It’s safe to say that the 2021 release is already much more popular than the originals, with an audience score of 86% on Rotten Tomatoes. The story follows Cole Young, who is an experienced MMA fighter and finds himself being pursued by the Outworld’s Emperor Shang Tsung’s most accomplished warrior. Fearing for his family’s safety, Cole goes in search of Sonya Blade and soon finds himself seeking sanctuary at the temple of Lord Raiden, where he trains for the battles to come.

The Angry Birds game is one of the most downloaded mobile video games of all time. And while most people play it for the fun and easy puzzles, this film took a different turn. This film is a comedy, action-adventure, and family film all rolled into one. The film follows a group of birds as they try to stop an evil group of pigs from stealing their eggs. While many people are sceptical of a film like this, the reviews are surprisingly positive. If you loved this game, this film is a must-see.

This is a film adaptation of the “Silent Hill” horror video game series. It was released in 2006 and earned a cult following, as well as a sequel. The film follows Rose Da Silva, the adoptive mother of Sharon, who suffers from an extreme sleepwalking condition and often wakes screaming about a town called Silent Hill. Rose, played by Radha Mitchell, and her husband Chris, played by Sean Bean, become desperate to help their child, and Rose determines that she needs to take Sharon to the place she keeps dreaming about, Silent Hill. However, Rose crashes the car upon arrival, and when she wakes, her daughter is missing. She soon discovers she is trapped in an alternate reality alongside a concerned police officer who had followed them. We watch as Rose tries to discover the truth of her daughter’s history with the town as her husband searches in the real world for his missing family.

Are you a gamer who’s looking for new films to watch? This article lists the best video game movies to keep you entertained. From Werewolves Within to Silent Hill, these films will give you a taste of gaming while keeping you entertained.