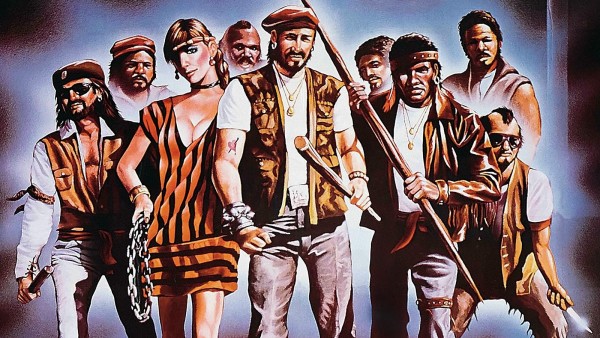 If you like your action gritty and your protagonists realistically badass then you should get a kick (in the face) from Vigilante.

Plot: When his wife is attacked and son killed by gang members, a New York factory worker joins a secret, outside-the-law, vigilante group made up of ex-cops whom target and kill criminals whom repeatedly get away with murder through legal courtroom technicalities.

Review: The vigilante/revenge genre is arguably my favourite not just because of how satisfying it is but the fact that you question your judgement while viewing. If you start killing bad guys then what makes you any better than them? These sorts of questions challenge you but after about 3 minutes I stop thinking and just enjoy the bloody retribution.

Vigilante does raise the usual moral questions and Robert Forster’s lead character Eddie Marino asks what we as an audience ask; once his wife and kid are attacked and the defendants get away with it, he realizes that the courts are useless and he joins his group of friends who take to the streets and distribute their own brand of justice. Marino is a normal guy pushed to do terrible things and in the process of delivering “justice” he loses his wife. Forster gives off a Bronson vibe in this movie and displays plenty of stoic manliness; Hell, he doesn’t even shed a tear when his son is killed.

Fred Williamson is at his badass best and shows little mercy towards the bad guys and that’s just the way I like it; drug dealers, pushers and pimps aren’t safe and we can watch them getting hurt and killed all day.

There is an air of threat and impending violence all the way through this movie and it once again is another “New York is Hell” story: nowhere is safe.

Director William Lustig also made the Maniac Cop movies and this feels like it takes place in that same world where anything can happen at any time and the law can’t be trusted.

There is plenty of action and it’s all incredibly satisfying with some hard R moments, especially the police car massacre.

Keep your eyes open for a young Steve James who plays a cop who knows fine well who the vigilantes are and wants them to mind their own business.

Jay Chattaway’s score is classic stuff with the awesome guitar theme tune that just demands you go out and take revenge on anyone who has pissed you off.

It is pretty similar to Death Wish although not quite as harrowing and it isn’t anything all that new but overall, I’d have to say that if you like your action gritty and your protagonists realistically badass then you should get a kick (in the face) from Vigilante.