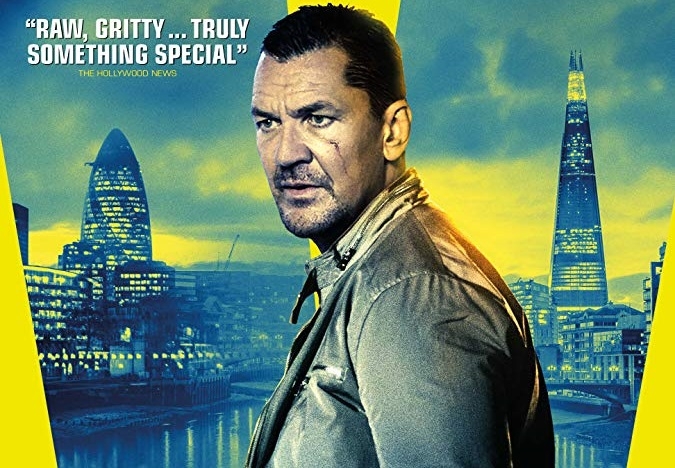 Villain has Craig Fairbrass at his best with several memorable moments of graphic violence so genre fans will plenty to enjoy. It’s too bad about the pacing at times and the predictable finale.

Plot: Eddie Franks is a former criminal who attempts to help his family by reconnecting with his daughter and clearing his brother’s debt. Despite his efforts, he is drawn back into a criminal way of life, with devastating consequences.

Review: Craig Fairbrass stars in this gritty Brit crime flick where he plays a convict released from prison wanting to live a peaceful life with his brother running a pub. Life has other plans however, when he finds out that his brother owes a lot of money to some gangsters and the life he thought he had left behind pulls him back in.

This is more of a crime drama than an action picture but there is enough violence and tension to keep things moving; Villain has a story that flows well with natural dialogue and Fairbrass is perfectly cast as Eddie Franks. He is every bit as intimidating a presence as always on screen but this is one of the rare times where he shows his vulnerable side and he genuinely doesn’t want to have to go down the road of violence. He wants to reconcile with his estranged daughter who wants nothing to do with him and you can tell early on that his love for his family will be his undoing.

Despite solid performances from all involved Villain is rather predictable and you can figure out pretty quick how the story is going to end. I also found some scenes went on for longer than they needed too which dragged the pacing down in parts.

The bad guys played by Tomi May and Robert Glenister are well cast as they are suitably menacing with May coming off as ready to explode with rage at any second.

As I said there are several moments of shocking violence and one moment (which is rather satisfying) has Eddie go to town on some scumbags with a hammer.

Overall, Villain has Craig Fairbrass give one of his best performances to date but the story is predictable and it doesn’t take long for you to figure out how it’s going to end. Some scenes could have been tighter for pacing too but there is enough violence and surprisingly moving moments to keep you engaged.