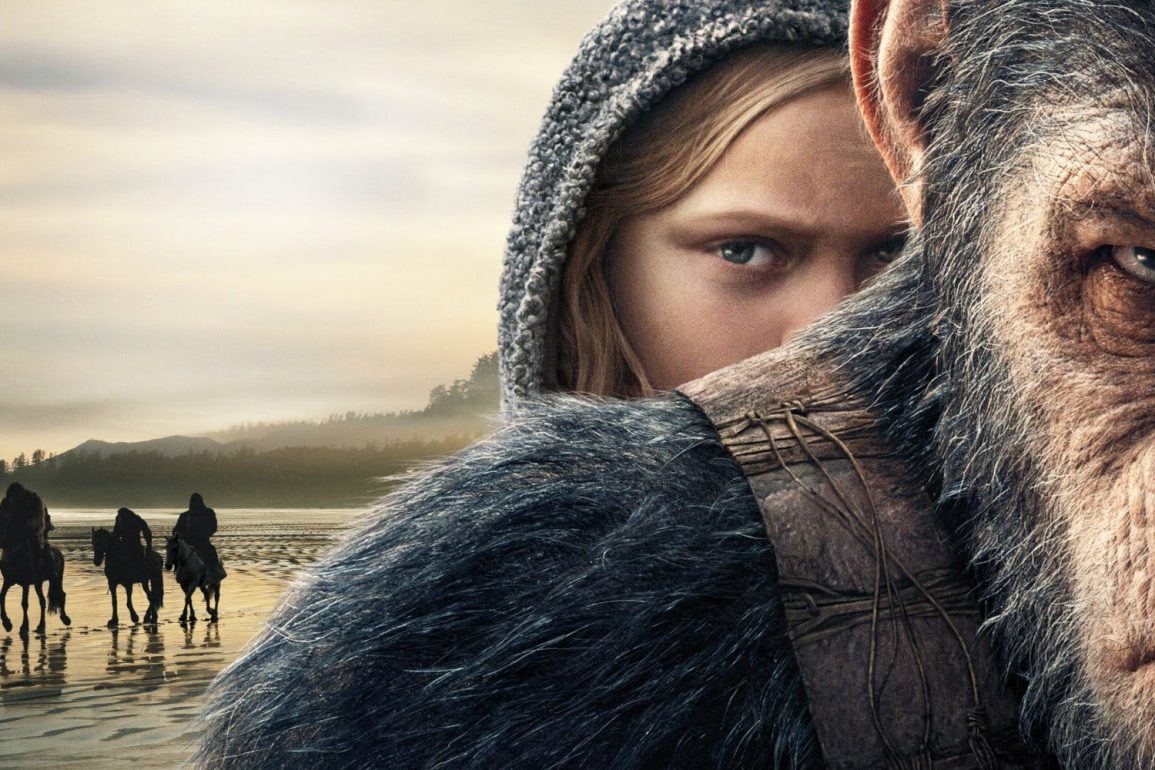 War for the Planet of the Apes is one of the best movies of the year with a genuinely emotional story, spectacular visuals and a satisfyingly epic finale.

Plot: Caesar (Andy Serkis) and his apes are forced into a deadly conflict with an army of humans led by a ruthless colonel (Woody Harrelson). After the apes suffer unimaginable losses, Caesar wrestles with his darker instincts and begins his own mythic quest to avenge his kind. As the journey finally brings them face to face, Caesar and the colonel are pitted against each other in an epic battle that will determine the fate of both of their species and the future of the planet.

Review: Rise and Dawn of the Planet of the Apes were both massively entertaining movies with engaging stories, incredible visuals and some action thrown in for good measure. As great as they were though I’ve never had an urge to watch them again. But what of this (maybe) final chapter of the new “Apes” series? Critics have been going wild over it and for once I can safely say believe the hype. I went into the movie expecting humans = bad, apes = good but it was so much more than that with sophisticated writing that managed to avoid the cliches you’d maybe expect from a movie like this.

It’s amazing to see how Caesar has grown as a character where he started out as an innocent ape befriended by a human scientist but would go on to become the leader of his species as mankind slowly dies out from a virus. Caesar is now more battle hardened and just wants to live in peace but the humans led by a crazed Colonel (Woody Harrelson) won’t let them be. When the humans attack the apes Caesar is filled with hate and vows revenge upon the Colonel.

What surprised me is that one of the main themes of the movie is dealing with grief and how both Caesar and the Colonel have suffered similar fates; for the first half of the movie I had an expectation of where the story was going but was totally blindsided by various plot twists that were pleasantly surprising.  It was also incredibly emotional and there were various scenes where I had to take an extra slug of my drink to swallow a lump that mysteriously kept appearing in my throat. It demonstrated how frankly flawless the effects were that I cared about these CG apes and their plight. Caesar is plagued with guilt for killing his fellow ape Koba in the last movie and we get to see him emote in ways we have never seen before.

Neither the humans nor the apes were painted black or white but as with any good story they had shades of grey. I was expecting to hate mankind more than I already do but I could see their viewpoint (as well as the Colonel’s) as they were just trying to survive. I loved as how the apes evolved to become more intelligent the humans devolved but the story never loses its sensitivity giving us well developed characters on both sides.

The tone is generally pretty grim and serious and it was a far darker movie than I expected but there were a few moments of levity provided by a new ape known simply as Bad Ape played to perfection by Steve Zahn. I agree with other reviewers that he and Serkis deserve many accolades come awards season as their motion capture work was truly phenomenal and it felt like you were looking at real apes.

I can’t praise Woody Harrelson enough though who practically steals the movie; he is far from the one note maniac you may expect and he genuinely just wants to save his species despite his rather nasty means. Make no mistake he isn’t a nice man and you won’t particularly like him but you will at least understand him.

There really isn’t all that much war (considering the title) but the third act is when the final battle begins and it’s really rather spectacular with nicely shot action scenes; there’s no shaky cam but wide shots of helicopter gunships and explosions which should have most genre fans cheering.

Like every movie today it is a little too long and there were a few scenes in the first half that maybe could have been trimmed just to keep it tighter in terms of pacing but at no point was I ever looking at my watch.

Michael Giacchino provides one of his finest scores to date which actually sounded like some of the original movies in parts in terms of tone; it really added emotional heft to certain scenes especially the beautiful choral finale.

Overall, War for the Planet of the Apes is one of the best movies of the year with a genuinely emotional story, spectacular visuals and a satisfyingly epic finale. It’s not without its flaws and I’m not sure if I could sit through it again but when a film is as well written as this then it simply needs to be seen as it is arguably one of the few masterpieces you will see in the cinema this year.