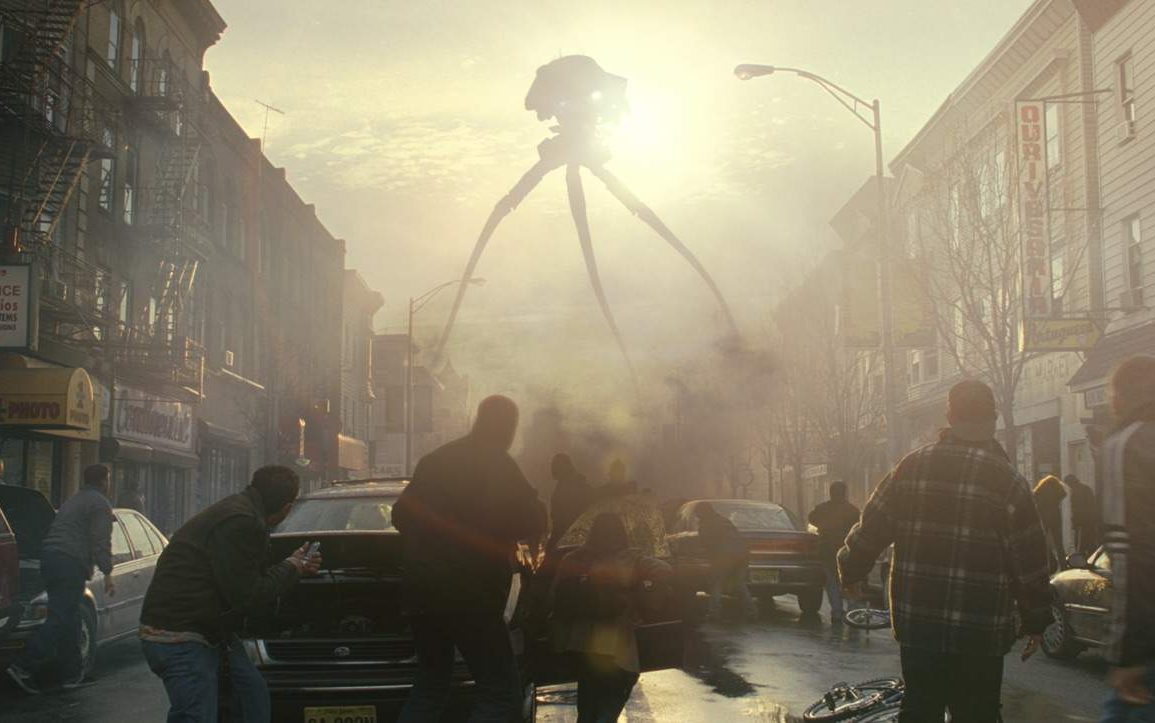 If you want an entertaining alien invasion flick I’d recommend the original War of the Worlds, Independence Day or even Battle: Los Angeles as I consider Spielberg’s WotW a very unlikable film.

Plot: As Earth is invaded by alien tripod fighting machines, one family fights for survival.

Review: Whenever this movie first came out I really enjoyed it. I loved the alien tripods, the sound they made and the general feeling of impending doom. Alas, watching the film now is a very different experience.

The complete lack of any likable characters is the biggest flaw; I’ve never wanted a family to die so much in a movie in my life. Dakota Fanning plays the worst child in cinema history and if I was Tom Cruise’s character I would have happily sacrificed her to the aliens.

Robbie was also a total prick and deserved to be vaporised as well. Tom Cruise’s character (Ray) is relatively sympathetic but I have to say that if I were him I’d have just run like hell and left the awful children behind.

It’s funny how characters and story are SO important in a film’s success; if you don’t care what happens to them, then there’s no point.

Anyway, moving on from the characters; War of the Worlds other flaw is that it suffers from the post 9/11 syndrome that so many films had during the 2000’s. Everything was gritty and miserable looking; grey skies were everywhere and it all looked grainy.

Confident America was gone and was replaced by an America that had to apologise for existing. I don’t know why because America rules; end of.

We get scenes where you see clothes falling to the ground after the people have been destroyed by the aliens, making the unsubtle references to 9/11.

John William’s score was actually very disappointing and tuneless with very little to remember it by.

I hated the entire sequence with Tim Robbins as it killed the pace of the movie. It added nothing other than Ray is willing to kill to protect his (awful) children.

Plus points? The tripods looked awesome and the scene where they blow up the bridge after they make their entrance was very impressive. I especially liked the scene where Robbie runs off into the fire; you never see what’s over that hill and it’s a great way of building up tension.

A lot of people complained about the ending but if they’d actually read the book, they’d know that is how it ends.

Overall, if you want an entertaining alien invasion flick I’d recommend the original War of the Worlds, Independence Day or even Battle: Los Angeles as I consider Spielberg’s WotW a very unlikable film.