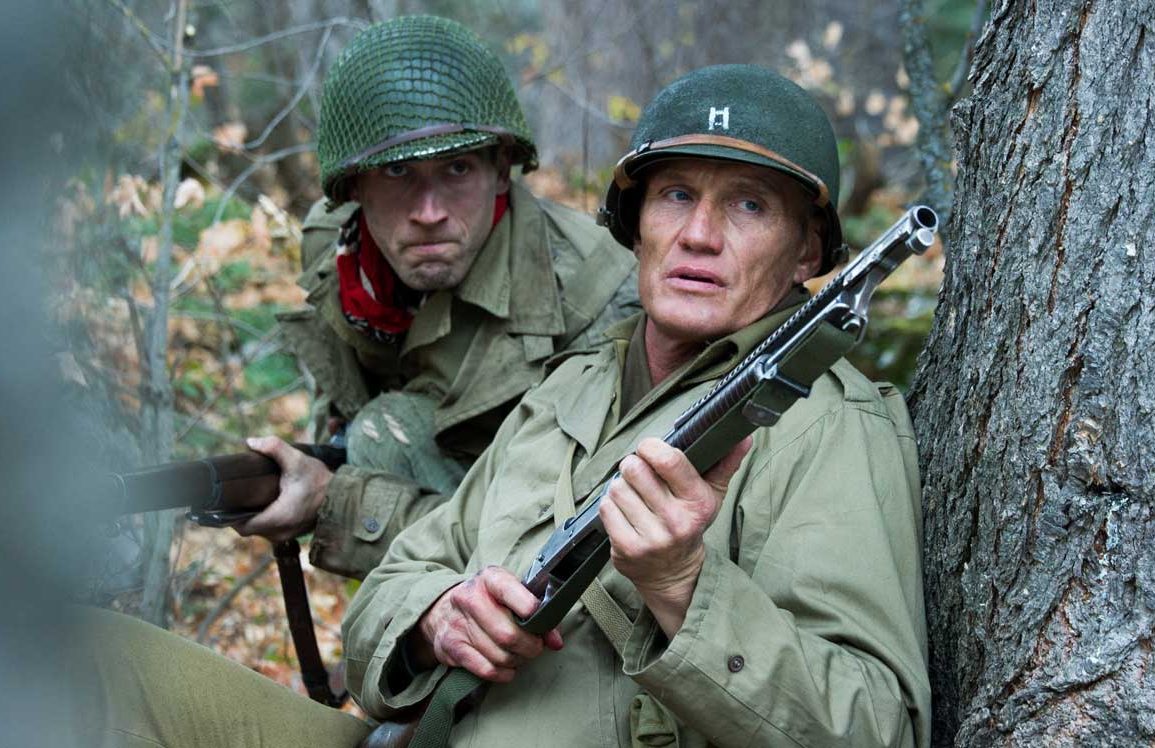 War Pigs deserved a bigger budget than it had but it’s still an engaging men on a mission movie with Goss in good form and a satisfying finale.

Plot: Disgraced World War 2 Army Captain Jack Wosick is given the opportunity for redemption when asked to lead a rag-tag unit of misfits known as the War Pigs on a secret mission to go behind enemy lines to uncover and capture a Nazi developed Super Weapon the V3, a massive artillery canon that would give the Nazis an insurmountable advantage against the Allies. With the help of Captain Hans Picault, a German Anti-Nazi serving with the French Foreign Legion and Colonel AJ Redding, a battle hardened WW1 veteran, Jack must train, lead and earn the respect of his new squad to become a functioning reconnaissance unit.

Review: War Pigs has been one of my most anticipated movies for this year; Dolph Lundgren, Luke Goss and Mickey Rourke? Sign me up!

I’m pleased to say that it mostly lived up to expectations; it hearkens back to old-school men on a mission movies like Where Eagles Dare and the Dirty Dozen.

Everything looks and feels authentic with real tanks being used and the cast give it their all.

I hate to say it though but I think Dolph is weakest link as he is the least French sounding French person I’ve heard… ever. His character is really sympathetic though and a true hero so we root for him anyway.

The same can be said for Luke Goss as disgraced Jack Wosick who is a good man forced to make difficult decisions. When he is asked to lead the War Pigs on a mission the men are reluctant to follow him and that he will only end up getting them killed.

Of course they all eventually bond and the boy’s own adventure begins as the soldiers try to take down a secret Nazi weapon.

Story wise there are no major surprises or plot twists and the first half is quite slow but when the men eventually go on their mission, the action kicks in and it’s a lot of fun. That may be a strange word to use for a war movie but they aren’t going for Saving Private Ryan here which makes it a pretty easy watch.

This is a low budget affair so don’t expect Apocalypse Now as the action is pretty small scale and there is the odd shaky cam moment too but they do the best with what they have and the last 20 minutes are pretty satisfying.

Mickey Rourke is only in a few scenes and looks stranger than ever but he’s still got screen presence.

Overall, War Pigs deserved a bigger budget than it had but it’s still an engaging men on a mission movie with Goss in good form and a satisfying finale.