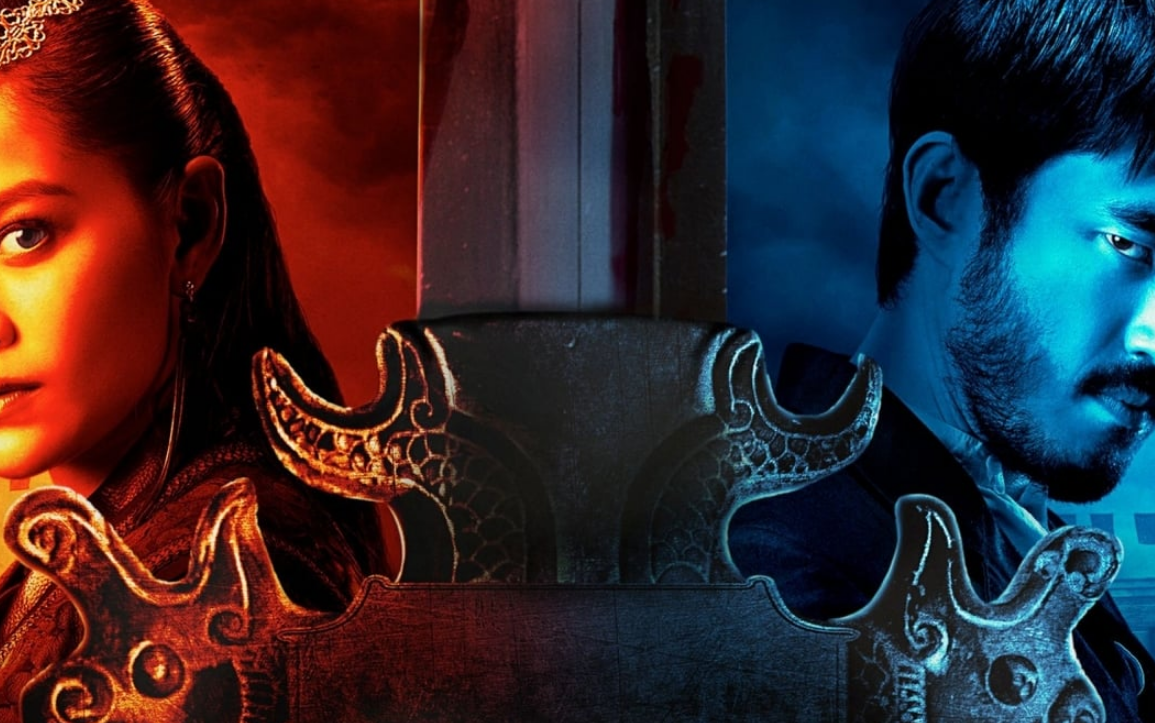 Season 2 of Warrior once again gives us memorable characters and unpredictable storylines with Andrew Koji, Jason Tobin and Dean Jagger stealing the show. The fights are brutal and episode 9 really elevated it to near perfection so it’s too bad we won’t get 1 more season.

Plot: WARRIOR is a gritty, action-packed crime drama set during the brutal Tong Wars of San Francisco’s Chinatown in the late 19th century. The series follows Ah Sahm (Andrew Koji), a martial arts prodigy who emigrates from China to San Francisco under mysterious circumstances. After proving his worth as a fighter, Ah Sahm becomes a hatchet man for the Hop Wei, one of Chinatown’s most powerful Tongs (Chinese organized crime family). Season two follows rival Chinatown Tongs as they fight for dominance amidst the growing anti-Chinese fervor that threatens to destroy them all.”

Review: Now that I’ve just finished season 2 of Warrior (from the writings of Bruce Lee), I feel like a part of me has died as we aren’t getting any further adventures of Ah Sahm, Young Jung, Bill O’Hara, Dylan Leary and the rest of the crew.

Cinemax isn’t creating new content anymore so that’s why we won’t see season 3 any time soon. I hope that maybe some other network like HBOMAX (who recently picked up the series) could give us just one more season to wrap everything up as there were some major cliffhangers in that final episode.

For me the three major stars of this show are Jason Tobin, Andrew Koji and Dean Jagger as their characters are just magnetic. Jagger plays Leary and he is a huge bear of a man but in this season he is humanised somewhat due to his blossoming romance with Sophie (Celine Buckens). He ends up taking his eye off things with his own people so they start to get frustrated being out of work and seeing the Chinese as a threat. Of course Leary’s relationship with Sophie doesn’t end well but seeing him evolve as a character is fascinating to watch and Dean Jagger should be in more big movies as he just oozes presence and charisma.

Jason Tobin is perfectly cast as the ambitious Young Jun who thinks his father is dropping the ball as a leader so he and Ah Sahm start to do business on their own; Tobin has a very appealing face so even if Young Jun is being hotheaded we still root for him due to Jason Tobin’s sheer likeable demeanour.

Andrew Koji is effortlessly cool once again as Ah Sahm who brings his cockiness on a regular basis and he is never less than completely badass. At times it does feel that he doesn’t have enough to do in this season with a little too much time spent with less interesting characters like Ah Toy and Nellie Davenport. They are both fine but it slows the pace down when really we just want to watch people being punched in the face.

There is still enough action to keep things interesting with the major highlight being in episode nine (entitled Enter the Dragon) as a riot breaks out with the Irish attacking the Chinese; that must have been a nightmare to choreograph and put together as it’s huge in scale and the biggest set-piece of the entire series. It climaxes with Ah Sahm grabbing some nunchucks then taking out the trash in style and is easily my favourite scene of the season.

Another excellent fight is between Li Yong (Joe Taslim) and Zing (Dustin Nguyen) which has these two titans literally tearing strips off each other for supremacy. Dustin Nguyen is quietly terrifying as Zing (the leader of the Fung Hai gang) but Li Yong is the soft-spoken (but wise) henchman of the frankly satanic Mai Ling (Dianne Doan). I’d always hoped that Li Yong would overthrow her and take over as he (like Ah Sahm) is almost inhumanly cool.

Mai Ling never becomes particularly sympathetic; as far as I’m concerned she is one of the true villains of the show alongside Walter Buckley (Langley Kirkwood) who pulls strings behind the scenes for his own benefit. It’s too bad we’ll never see him get his comeuppance as he is as dastardly as they come.

The final episode finally gives us our much-anticipated rematch between Leary and Ah Sahm and it doesn’t disappoint showcasing their different styles of fighting with Ah Sahm using his speed and martial arts prowess and Leary using his sheer brute strength.

If anything our primary protagonist of the show is actually Bill O’Hara who is a cop who has strayed from the path and is indebted to Zing; he has to work for him collecting to pay off his dues which brings him in more money but begins to put a wedge between he and his wife. His constant battle with himself and his self-righteous partner Lee (Tom Weston-Jones) has him constantly at odds as he tries to prevent all chaos from breaking out between the Irish and the Chinese.

Poor Penelope Blake goes through quite the nightmare this season with her own husband turning on her as well as her treacherous sister Sophie. Things do not work out well for Penelope either so by the end of the season you are definitely left wanting more.

San Francisco genuinely feels like Hell on Earth with sunlight rarely penetrating the dark alleyways and dirty streets. It adds a claustrophobic atmosphere feeling like everyone is trapped there with no escape. I enjoyed episode 5 and 6 for taking us out of it and into into the desert where the sun shines and that’s one thing I wish the show did more as the constant grimness does wear you down a little at times.

It’s nice to see Michael Bisping show up in one episode where it builds to an epic fight scene between he and Ah Sahm… which doesn’t go quite as expected.

The music is simply flawless with its Spaghetti Western themes and twanging guitars and I love how the guitar comes in any time Ah Sahm does anything cool… which is all the time.

Overall, Warrior: Season 2 has a little less action than the first season but the characters are all well explored and the plots are never predictable or episodic so it’s all one coherent story. The cast are flawless and the action is as brutally efficient as we’ve come to expect so it’s a damn shame we won’t get just one more season to wrap it all up.