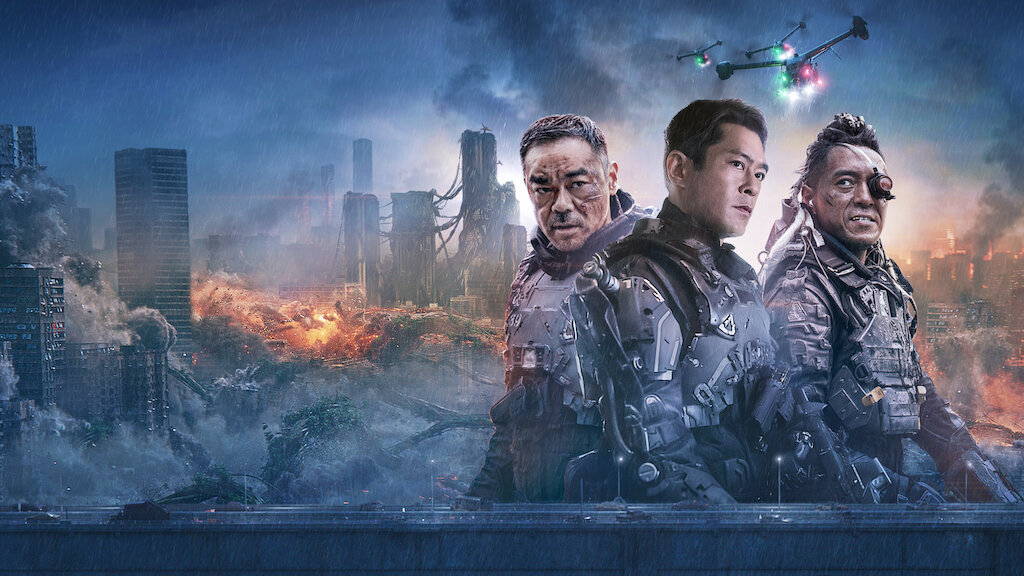 Warriors of Future is a crazy good time with some impressive visuals and cool robot action to keep jaded viewers entertained. It may be a bit too CG heavy for some tastes but I enjoyed it for what it was and I think Louis Koo is awesome.

Review: Despite having a terrible title (shouldn’t it be Warriors of THE Future?) Warriors of Future is an entertainingly wild ride mixing sci-fi and action together with impressive visual effects and imaginative ideas.

Louis Koo plays the hardass soldier Tai Loi who takes his job seriously and feels believable in the role; Tai Loi lost his daughter previously and it still haunts him but when his crew rescue a young girl in what’s left of the city they begin to bond and yet despite their developing father/daughter relationship he’s still mean to his comrades even when they’re helping. It tries to give the story some heart but really, we’re all just there to see robots and mech suits so Warriors of Future delivers in those respects.

There are some innovative ideas and even though I usually whine about CG I can’t fault the effects in this movie as they are genuinely well done. It’s also rapidly paced and doesn’t waste any time in getting to the action with the final half hour the action highlight.

In terms of dialogue there isn’t anything especially memorable, but we do get a little character development if that’s what you’re looking for.

Overall, Warriors of Future is imaginative and action-packed never lacking in spectacle. It could be argued that there is sometimes too much going on at once to follow it but I just enjoyed the ride.