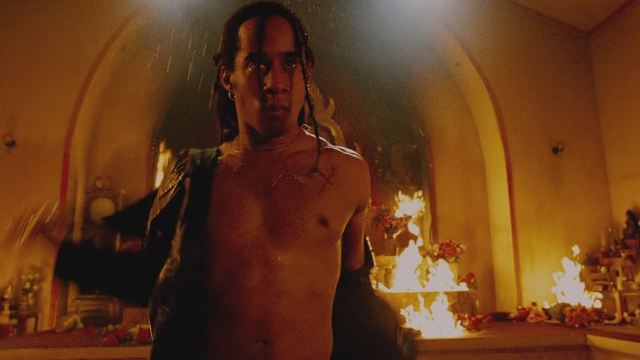 One of the best martial artists working in movies today is Lateef Crowder dos Santos; he’s had roles in Undisputed III, Tekken, The Protector and Falcon Rising to name just a few.

Lateef joined Zero Gravity Stunt Team in 2000 and has done stunt work on movies like Batman V Superman, Furious 7, The Expendables and 300: Rise of an Empire.

He is maybe best known for his appearance in The Protector where he uses his awesome Capoeira fighting skills in a fight scene with Tony Jaa.

While watching Falcon Rising recently Lateef really stood out in a fight scene (below) where he takes on a gang member.

As you can see the man’s got some serious skills and Capoeira looks especially great on camera.

In Undisputed III he plays Andriago Silva and takes on Yuri Boyka very nearly kicking his ass. In a perfect world the Undisputed movies would be big box office hits and we could get spin-offs focused on certain fighters from around the world and we get them all together for the movies. I would love to see one focused on Andriago Silva but alas that seems more than unlikely at this point.

Anyway, if you’re looking for some genuine martial arts talent I’d like to see this dude in more movies as he’s got real skills.