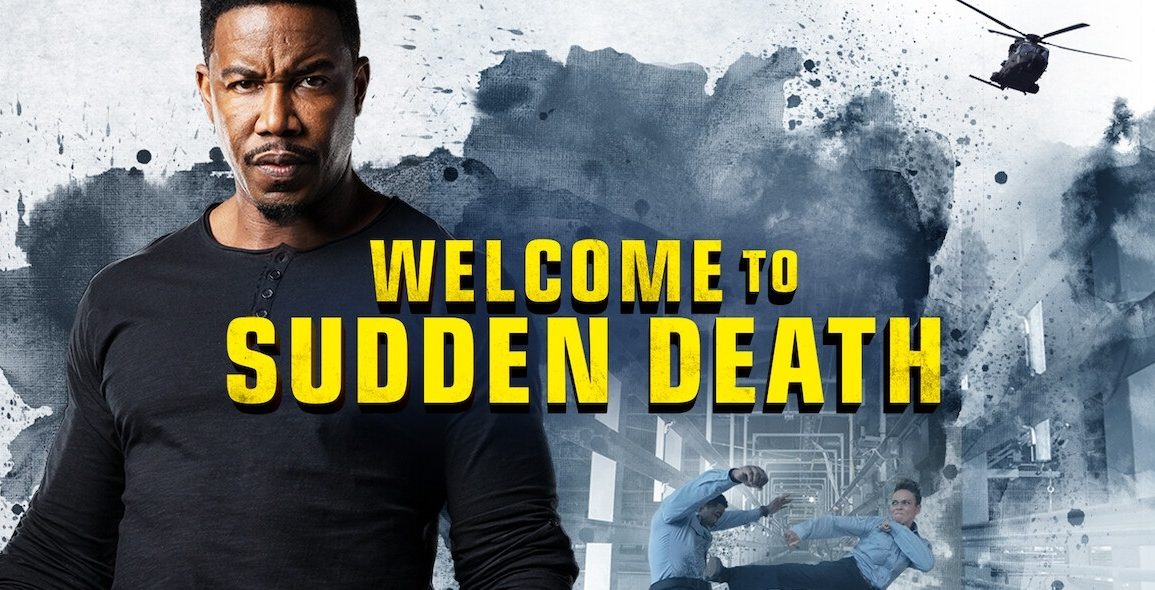 Welcome to Sudden Death doesn’t do enough different from the JCVD original to justify its existence and there is far too much goofy humour but Michael Jai White never disappoints and considering the modest budget there are some solid R-rated fights with Marrese Crump making a real impression.

Plot: A security guard battles a group of tech-savvy terrorists after they take hostages inside a basketball arena.

Review: When I first heard about Welcome to Sudden Death, a remake of the JCVD movie Sudden Death my main question was why? I’d read in a few places that it wasn’t a remake and more of a sequel; that’s just nonsense I’m afraid as this is practically the same movie with a few things changed and about a quarter of the budget. Rather than ice hockey the action takes place during a a basketball game and Michael Jai White is playing a totally different character… and yet it all feels very familiar.

It looks cheap and lacks the tension, epic music score and penguin mascot fight of the original. I always loved Powers Boothe as the villainous Joshua Foss as he was just pure evil. Michael Eklund is on bad guy duties and although he isn’t a patch on Boothe he does the best with what he’s given and always makes for a solid antagonist; he gets a little more backstory where we understand his motivations but he is still a nasty piece of work.

I am a huge fan of Michael Jai White and I love watching him in fight scenes; his huge build makes him an intimidating presence and I’d hate to be on the receiving end of one of his punches or kicks. He is immediately appealing and an old-school badass in this movie proving that he still has the moves and presence to carry a film. He is much better than the material, but I’d be lying if I said I didn’t enjoy certain aspects of Welcome to Sudden Death.

Marrese Crump nearly steals the show as a henchman who has one of the climactic fights of the movie with MJW and he deserves to become a household name. MJW also gets to face off against his wife Gillian which must have been odd for him; she has the skills too and I’d like to see more of them on screen together in the future.

Where Welcome to Sudden Death falls down is the overuse of goofy humour especially the comedic sidekick Gus who feels like he is lifted out of a children’s movie. It takes away all of the tension so any time anything dramatic or exciting is happening it’s lessened by some cheap joke. Admittedly some moments are funny but this is a much lighter movie than the original.

This is also one of the shortest features I’ve watched for some time clocking in at just under 80 minutes so it flies by and maybe could have had an extra 15 minutes but to be honest I was mostly just pleased it was over.

Overall, Welcome to Sudden Death doesn’t do enough different from Sudden Death to be worth recommending and there is too much silly humour but if you’re a fan of Michael Jai White like I am then there are worse ways to spend 80 minutes.