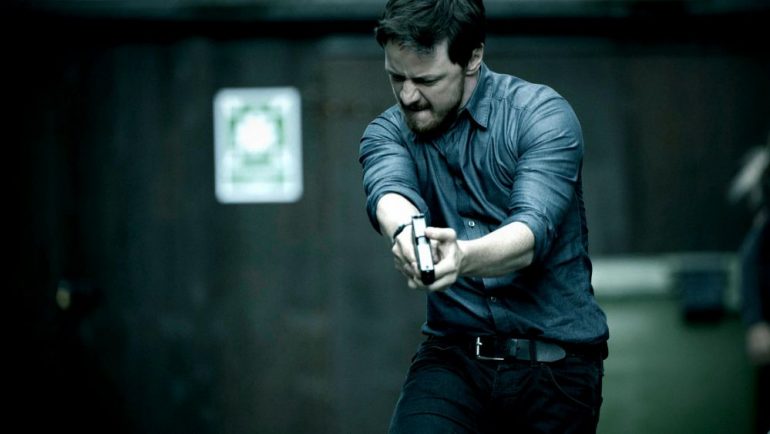 Welcome to the Punch is a classy action thriller, with great performances and some nicely shot action.

Plot: Ex-criminal Jacob Sternwood is forced to return to London when his son is involved in a heist gone wrong. This gives his nemesis, detective Max Lewinsky, one last chance to catch the man he’s always been after.

Review: James McAvoy and Mark Strong star in one of the bluest movies you’ll ever see… it’s just so… blue. It’s not a bad thing though because it’s a rather stylish touch which makes Britain look slightly less grey and miserable than it usually looks in movies. This would actually be a great double bill with The Sweeney as stylistically they are rather similar.

Welcome to the Punch is the kind of movie the British film industry needs to do more of; rather than being some depressing story about some housing estate, it feels very much like a Hollywood cop thriller with great performances from the entire cast.

James McAvoy already proved his action chops with the underrated Wanted a few years ago so I had no doubt he would be awesome in this movie. He’s a man obsessed with catching criminal Mark Strong, after being shot in the leg in the opening scene.

Rather than Strong being a one note bad guy, it’s more complex than that. He’s actually pretty sympathetic and Mark Strong is just one of the coolest people in the business anyway.

The story has some nice twists and turns although I did find the finale a little predictable, but I can’t think of a better way to end it cinematically.

Director Eran Creevy is certainly one to watch as the action is superbly shot with no shaky cam or CGI. There are some scenes which are extremely tense, especially one involving an old lady and one of the main villains.

The music has an epic sound to it, once again not unlike The Sweeney; really works well with the tense atmosphere of the movie.

Overall, Welcome to the Punch is a classy action thriller, with great performances and some nicely shot action.