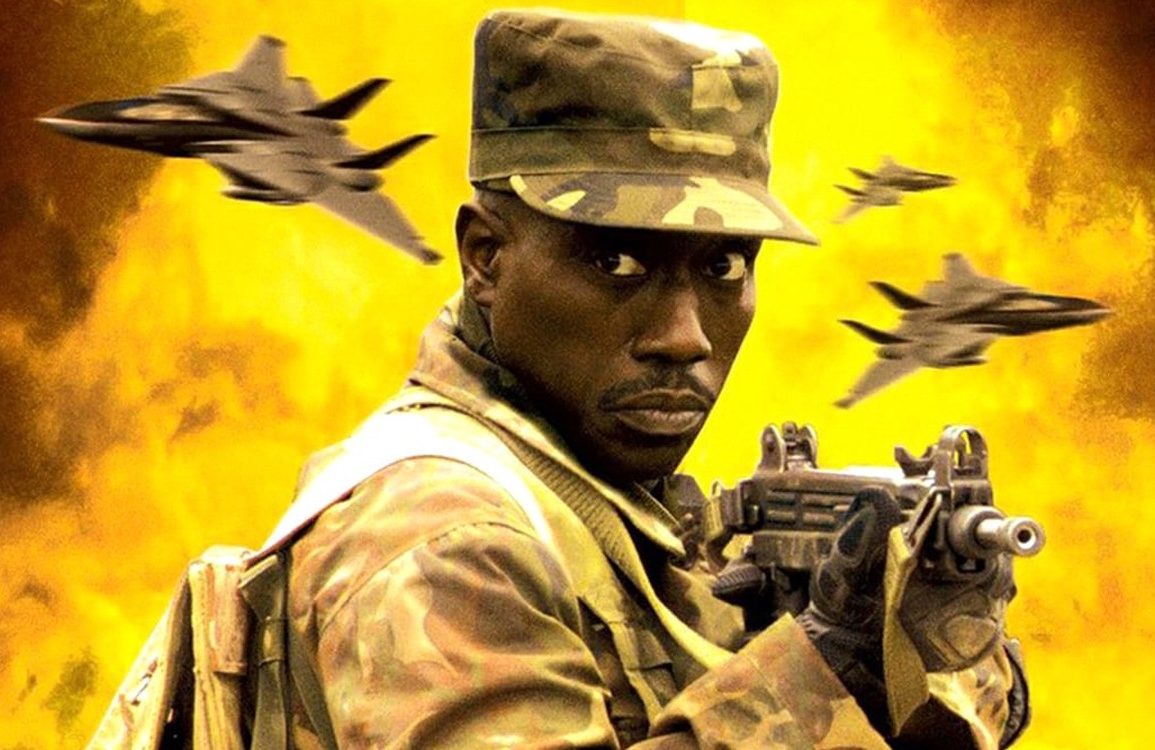 Plot: Chechen rebels take over a Russian nuclear plant and it’s up to a mysterious agent (Snipes) to stop them.

I’ve always thought of all the action stars Wesley Snipes was one of the best actors; he never phones in a performance but he’s so much better than a lot of the fare he has done. On the other hand, I love watching him kick ass in action movies like Blade and Passenger 57.

The Marksman really should have been called The Painter as that’s what Snipes is referred to throughout this picture but I guess it doesn’t sound very action-y so people would think it was a movie featuring Wesley Snipes decorating houses.

It’s hardly a classic and generally pretty forgettable but it’s enjoyable enough while viewing; it’s well paced and there’s lots of practical action with some impressive explosions and stuntwork.

Sadly Wesley only gets one brief fight at the end which climaxes with him shooting the guy anyway so he’s playing more of a soldier rather than a martial arts hero but he still gets to save the day when the rest of his team get captured.

The story has a few twists and I was convinced William Hope (Gorman from Aliens) was going to be a villain but was pleasantly surprised that he remained a good guy.

The music score is swelling and heroic elevating the action scenes and it even has a relatively memorable theme.

The script is hardly iconic however, it does have someone say “the son of a bitch did it!” at the end which is amazing. I’ve been looking into the behind the scenes of this movie and according to IMDB an “entire dialog sequence was lifted directly from Fred Olen Ray’s Active Stealth (1999) when the film came in under time”.

The villains barely register and are pretty one note but they do the job with Dan Badarau making Gen. Egor Zaysan suitably hateful.

Keep your eyes open for Matt Salinger who fans will know as Captain America from the 1990 film; in this he plays General Parent.

Overall, The Marksman is on Amazon Prime just now and although it’s not exactly classic action there are some cool set-pieces and things regularly blow up so if like me you’re easily pleased then grab some beers and enjoy.