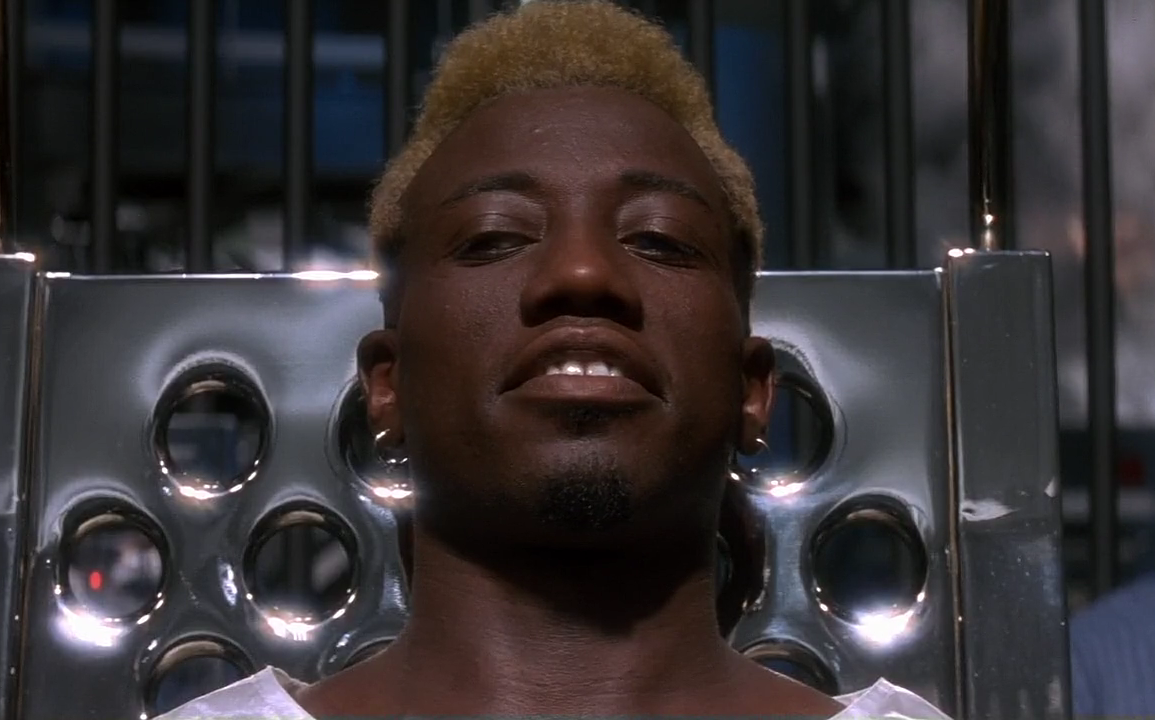 It’s been far too quiet on the Wesley Snipes movie front of late so here’s a rather awesome piece of news.

THR is reporting that “Snipes is back in bad-guy mode while also doing some good for the environment.

The veteran actor has come aboard to star in and executive produce Payline, an indie action thriller from Dawn’s Light.

Richard Switzer and Jason Cherubini of Dawn’s Light are producing, along with Allan Ungar. Snipes, under his Maandi House Studios banner, and Alexander Ferguson will serve as executive producers.

Payline is described as being a cross between heist ensemble Ocean’s 11 and crime thriller Free Fire, with the story centering on a small-town casino that turns into a battleground after two groups of criminals attempt to rob it on the same night. Rob Robol and Jay Boyd wrote the script.

Snipes will play the leader of a group of ex-soldiers robbing the casino. It will be his first turn as a villain since Demolition Man, the 1993 sci-fi action movie that also starred Sylvester Stallone and Sandra Bullock.

The project aims to use sustainable methods that will make the planned production an environmentally friendly affair.

“This is a vehicle to demonstrate the next generation of indie filmmaking in a 5G powered world,” said Snipes in a statement. “It is our goal to show how a 100 percent Certified Renewable Energy film production can show love for the environment, community and still produce a kick-ass popcorn movie.”

Snipes and the producers want to debunk the idea that it costs more to make a sustainable movie than a “normal” production.

Stated Cherubini: “As we look to develop the next generation of media content, we know that it doesn’t just need to be diverse and exciting, but its production must support and protect the communities where it’s created.”

Sounds good to me and the addition of Snipes to anything makes it a must-see.