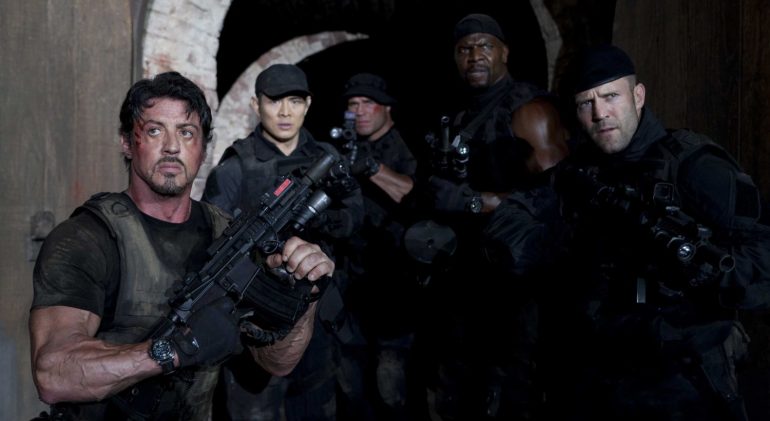 What if John Woo Directed The Expendables 4?

We all know about the fan support for having John Woo direct the next Expendables movie, the third in the franchise, but it seems like it may be too late as production has already started on Ex3 and it looks like Simon West will be returning in the director’s chair (and after Ex2 I can’t blame him for wanting to and can’t say that he doesn’t deserve to return). Anything could happen but with what we know right now I’m assuming West will direct Ex3, so I decided to look ahead…

And what I see (and this is just me dreaming more than ‘seeing’ to be honest) is Simon West stepping back into an executive producer role (or stepping out entirely to focus solely on director non-Expendables action movies as he was doing before) and having John Woo come in. But, there are reasons why I think this is not only a great idea, but one more likely than you may think.

Que : I’ve just seen The Expendables II and would like to know if you have seen it and your opinion about the film?

Woo : It was very big in China and all over the news. It was a great movie. I saw it with my family. We all love the action. Van Damme made a believable villain.

Que : Yes Van Damme, he worked with you before in….?

Woo : Hard Target Yes. and we are planning to work again real soon. He has a residence here in China so sometimes we catch up with things. Van Damme is very big in China.

Que : I look forward to that and also there is some news on the Internet about fans lobbying you to direct Expendables III if it happens. Will you do it?

Woo : (Laughs) I read that. I am a big fan of all those guys and I will do it but I want less studio and producer interference. I want to shoot the movie the way I want. That’s the difference making a movie in China and Hollywood. In China, The Studio and producer allow flexibility to the director. One thing for sure is, I want it to take place in China. I also have a vision of this big fight between Jet Li and Van Damme but then they have killed him off.

So, simply put, John Woo sounds like he would not only accept a directors gig for an Expendables movie, but would actually like to do it as well! This is great news for sure, more than anything though I don’t think we should get hung up on the question being about The Expendables 3 and Ex3 being directed by Simon West. Instead, I say look forward. Forward to, of course, The Expendables 4.

I believe that would be a perfect place for John Woo to step in. Why? Here are a few reasons…

So yes, anything can happen. For all we know there won’t even be an Expendables 4. Hell, The Expendables 3 could even still get cancelled at this point, or John Woo could end up directing the 3rd anyway. Or JCVD could return as Vilain’s twin in Ex3 anyway, or he could not — and not return in Ex4 either. Everything is completely up in the air at this point, but all I know is I want more, and the puzzle pieces definitely have the right shape to fit together for John Woo and Expendables 4. Only time will tell.