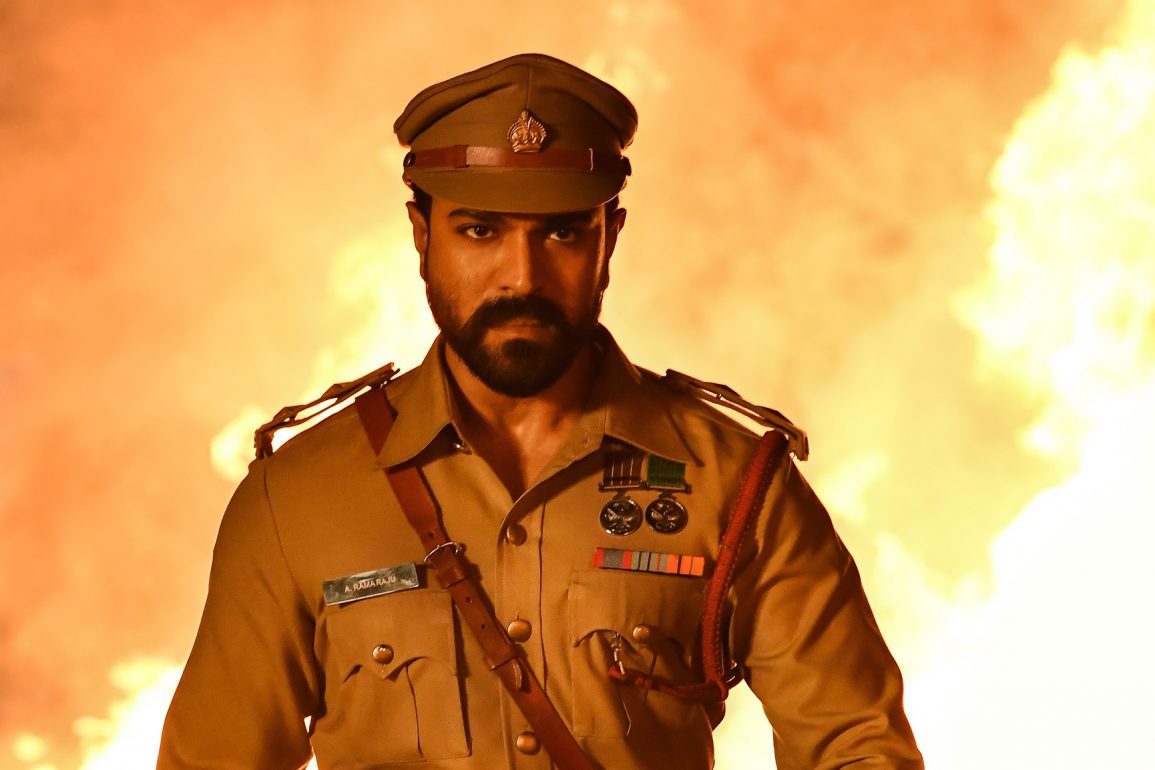 Ram Charan has been making headlines as a hugely popular Indian movie star across many different genres, and he’s no stranger to action. With “RRR” being his latest hit, the film opened to amazing reviews and recently debuted at no. 2 at the UK and Ireland box office (after “The Batman”). In the UK, Bollywood and “Tollywood” (Telugu language) blockbusters are known to enjoy a loyal audience, so it continued that tradition. Since Charan’s acting debut in “Chirutha”, he has become one of India’s most famous and highest earning celebrity stars.
For those who haven’t seen it yet, “RRR” (meaning “Rise Roar Revolt”) has been making headlines all over the world. It’s an epic period action film to rival anything from Hollywood. Set in British colonial India in the 1920’s, the story following two real-life revolutionaries (played by Ram Charan and N.T. Rama Rao Jr) and their fictional adventures before they fight for their country. The movie has been highly praised for its incredible action sequences and crazy stunts and fight scenes.
Alongside the film’s incredible UK success, it has so far grossed over $132 million globally, making it the ninth highest-grossing film of 2022, and set several other box office records for an Indian film.So what’s next for this world-class action star? Next, Ram Charan will collaborate with director Gowtam Tinnanuri for a new “multi-million dollar” feature film with production house, UV Creations, the company responsible for several other “Tollywood” films such as “Mirchi” and “Run Raja Run”. Charan is also shooting a film by legendary Indian director S. Shankar. So there’s good news for fans of “RRR” and Charan’s brand of action work. And here’s hoping we get a Blu-ray release for “RRR” very soon.
See him in action in the RRR trailer: