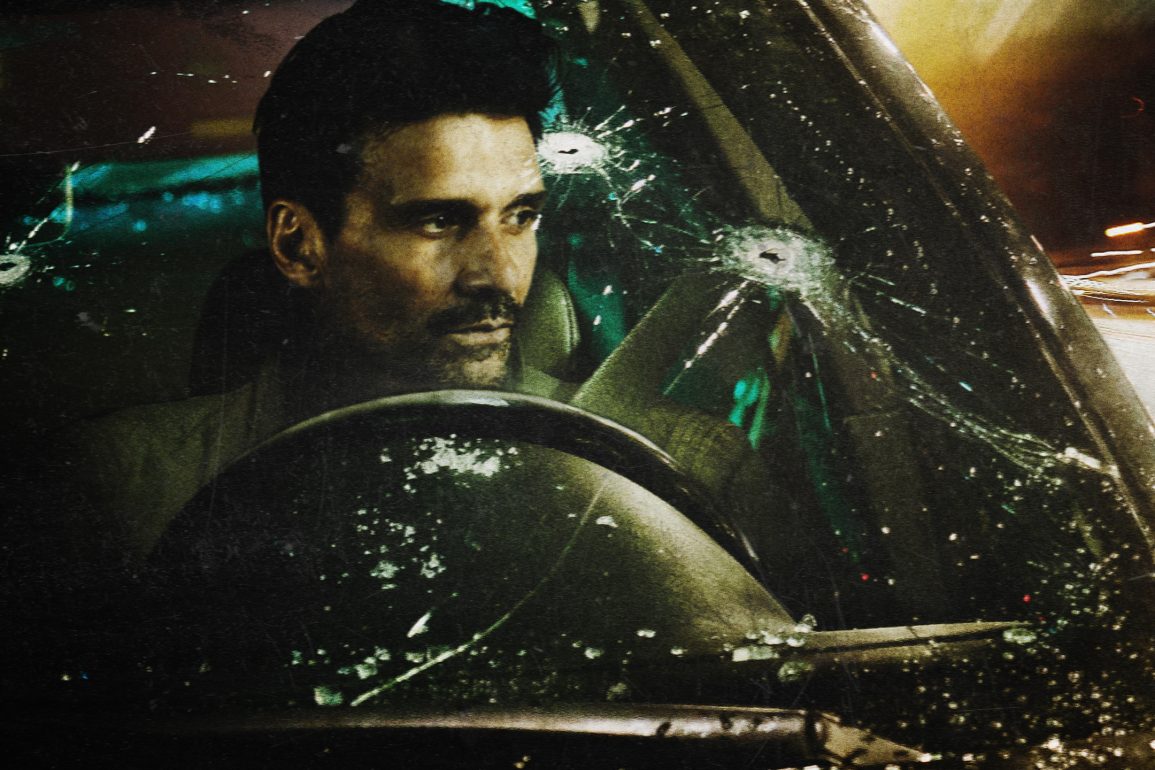 Despite not having any big action scenes Wheelman still manages to deliver thrills and tension due to Grillo’s performance which will keep you on the edge of your seat until the end credits.

Plot: A getaway driver for a bank robbery realizes he has been double crossed and races to find out who betrayed him.

Review: Frank Grillo’s star continues to rise is yet another awesome action movie, this time from Netflix who have a penchant for making quality films at a reasonable budget.

I was expecting Wheelman to be kind of a Transporter knock-off but it’s more like The Driver and other 70’s movies where we have a nameless driver who gets in over his head and has to use his skills to outwit his opponents. Grillo is perfectly cast as the gruff yet mysterious Wheelman who owes the mob for looking after his family while he was in jail, so he has to drive for them to pay off his debt.

The majority of the movie takes place in or around the Wheelman’s car which is a tough thing to do but it keeps things tight and the tension high. There are no big set-pieces or fight scenes but this is still a taut action thriller with a short runtime (82 minutes) and a story that engages from the very start.

I think we need to have a drinking game; take a shot any time Frank Grillo shouts “Fuck!” and you’ll be on your back in the first 15 minutes. So the script could maybe have been a little better but it served this type of story well.

Grillo is a desperate (wheel)man in this movie but despite being intense we get several human moments with his daughter so we never forget that this is a man with something to lose.

I loved how we never really see any of the bad guys close up, keeping a sense of mystery throughout and only adding to the sense of menace. Who can the Wheelman trust and how will he get out of this mess in one piece?

There are a few shoot-outs and chases so it’s not like there isn’t any action but if you’re looking for fight scenes then this isn’t your type of movie.